In a cheery announcement, FYI stated that it had successfully completed the Phase-1 trial production of the HPA project, undertaken in collaboration with Alcoa of Australia, one of the largest aluminium producers in the world.

Informatively, FYI intends to position itself as a significant 4N and 5N HPA producer in rapidly developing high-tech product markets.

The ongoing commercial HPA production is in line with the Western Australia Government’s Battery Industry Strategy, a move to create a world-renowned, sustainable, and value-adding battery industry that can help the country to create more job opportunities, support economic diversification, benefit regional communities and contribute to skill development.

FYI has received encouraging results from Phase-1 trial operations. The HPA produced during the trial was initially sent for internal tests to ensure product quality, characteristics, suitability and consistency.

Results received after the completion of Phase-1 were up to the mark and the internal assessment met the expectations of the metallurgical operations team.

The HPA player believes that GDMS analysis results will provide an independent, high-accuracy, confirmation of product grades that will be accurate to 4 decimal places.

The Company also stated that independent analysis results would also provide valuable operating and chemical data that will be further required for the engineering design criteria.

The ongoing trial production run undertaken by FYI is the second in a row. The alumina producer has already completed the first trial run, which started on 19 October 2021. 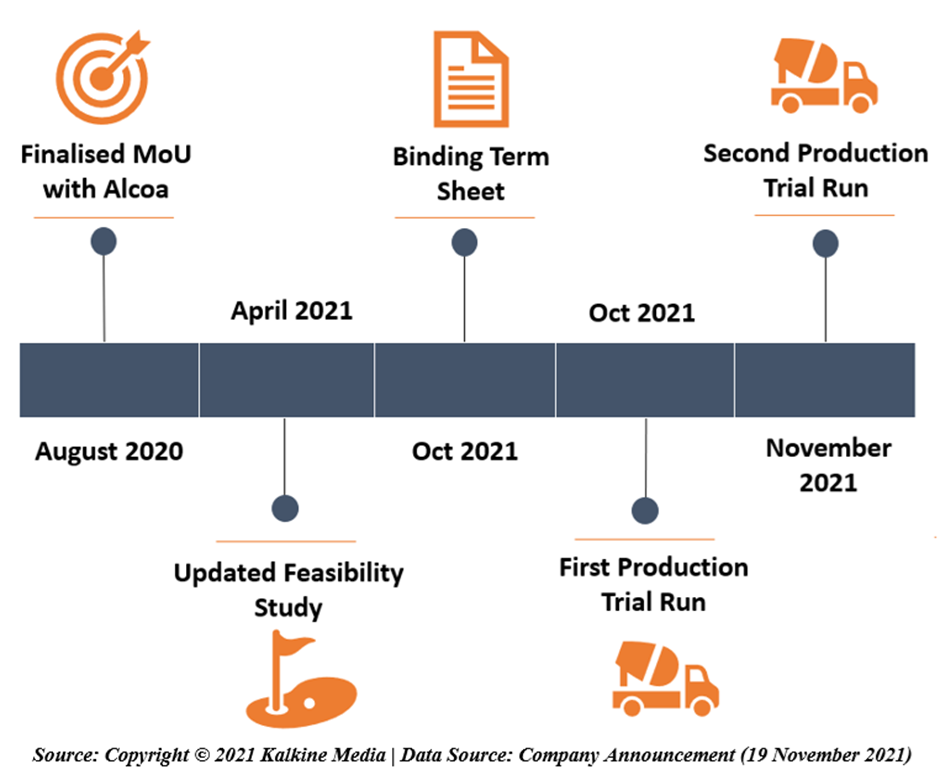 The current trial run has a dedicated extended operating time frame of two weeks, followed by an operational assessment period of one week and a second two weeks of operations.