The ongoing energy crisis and major supply chain disruptions are compelling governments to look beyond fossil fuels. Moreover, harsh winter weather in Europe has made many realise that renewables are not mature enough to support the region’s zero carbon emission goals.

Nuclear energy is not new to the world as it has been in existence since the 1950s. Many believe that nuclear power could help to reduce carbon emissions as well as meet global energy needs. Nuclear energy is produced from uranium isotopes, a relatively rare element in the earth’s crust.

Amidst burgeoning energy demands, uranium explorers are rapidly developing their assets to monetise on the potential high demand for uranium in the near to mid-term. One such player is ASX-listed advanced uranium explorer Deep Yellow Limited (ASX:DYL), which is committed to the exploration and development of its highly prospective uranium projects in Namibia.

The Company’s project portfolio sits within a highly prospective uranium province holding 2Blb of U3O8. The Company maintains exposure in two projects in the Tier-1 mining jurisdiction of Namibia: 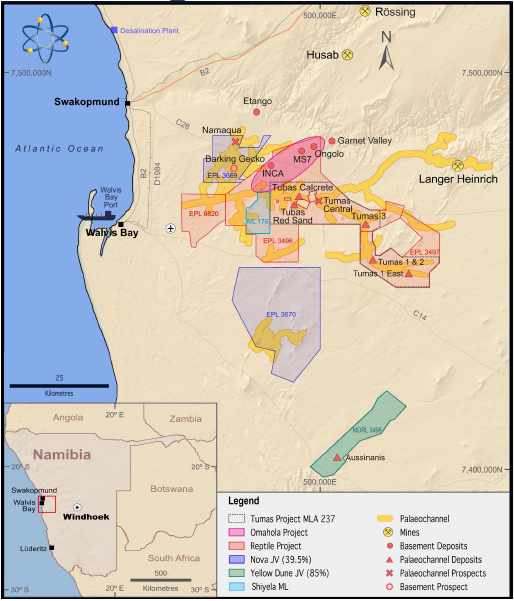 What’s more, DYL and Vimy Resources have agreed to merge and form a combined entity with a considerable scale and global uranium mineral resource inventories of 389Mlbs.

Reptile Mineral Resources is a fully owned subsidiary of DYL that manages the Reptile Project. The Tumas target currently holds an Ore Resource of 68.4Mlb, which is sufficient to support a life of mine (LOM) of 25.75 years. The Company believes that Tumas has the potential to expand the Ore Reserves further.

The upside potential of the Tumas target seems reasonable as it contains multiple deposits, and only 60% of the 125km-long palaeochannel system has been tested so far. The resource potential of Tumas has increased nearly four times since exploration commenced in 2017.

Deep Yellow is currently carrying out a Definitive Feasibility Study (DFS) on the Tumas Project and improving on the assumptions of the Pre-Feasibility Study. The DFS has hinted at an open-pit mining operation with an annual production capacity of 3Mlb of U3O8. 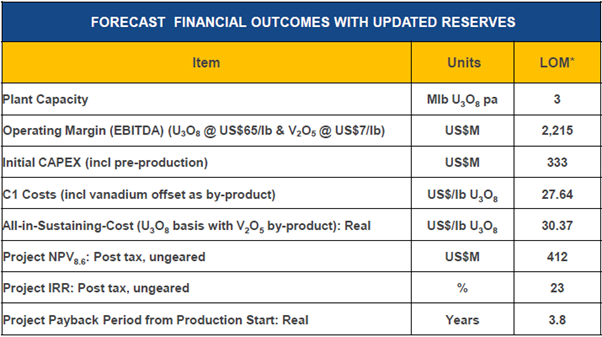 The metallurgical test work has demonstrated a recovery of 93.8%, while the beneficiation grew from 35% to 55% rejection. Possible power supply cost areas have been identified for the project. The Company has submitted the Mining Lease Application (MLA) 237 and is progressing on the Environmental Impact Assessment (EIA).

DYL is also giving considerable focus on the second target on the Reptile Project, Omahola Basement Project, which is organically increasing the project’s resource potential. The Company has delineated a mineral resource of 125Mlb at 190ppm of U3O8 across the Ongolo, MS7 and Inca deposits.

Like Tumas, Omahola also exhibits potential for further expansion in resources as 65% of the total 50km-long prospective zone remains to be tested. A shallow drilling campaign over the project identified three highly prospective targets for follow up explorations. DYL drilled nearly 200 holes for a total depth of 7,100m on the target.

Deep Yellow maintains a significant interest of 39.5% on the Nova Joint Venture Project with three other participants. DYL is the manager of the project and undertook a 14-hole RC drilling program and 1-hole diamond hole on the Barking Gecko Basement target. Except for one hole, all 14 holes returned uranium mineralisation with multiple intersections. 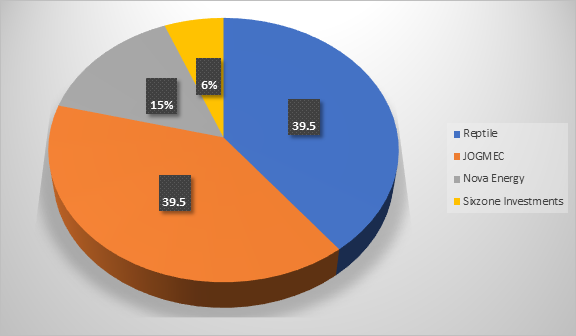 Deep Yellow's strategic expansion plan aims to establish the Company as a Tier-1 low-cost global uranium platform. The dual-pillar strategy has been put in place to generate organic and inorganic growth by advancing the development of its Namibian assets and through strategic M&A, respectively.

In line with its goals, the Company recently announced proposed acquisition of Vimy Resources. Under the terms, DYL will acquire 100% of issued share capital of Vimy. 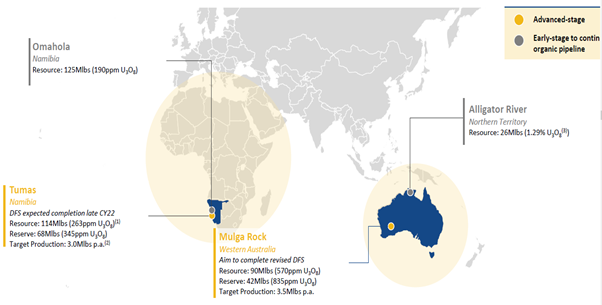 Both the companies have agreed to a merger by a Scheme of Arrangement under which Vimy’s shareholders will receive 0.294 shares of DYL for each share held. Upon completion of the deal, DYL shareholders will control 53% of the merged group while Vimy will hold the remaining 47%.

The merger is expected to create a global uranium company with a resource of 389Mlb and a combined market capitalisation of AU$658 million.

The merged group will have a strong balance sheet with zero debt and increased funding flexibility to advance uranium exploration and development projects.

With flurry of developments backed by strategic initiatives at its Namibian assets and transformative merger on cards, Deep Yellow appears well poised to leverage further opportunities.