The onset of the post-COVID economy will be marked by a massive influx of immigrants into Australia, but do we have enough houses to accommodate them? This question has become a point of concern for government, related authorities as well as the citizens of the country. This is where the novel concept of airspace development comes into picture.

A report released by the Australian Bureau of Statistics says that the country’s population was growing by 1.5% every year before the pandemic hit the world. Around 79% of this surge in population was recorded in the capital cities.

The post-COVID times will certainly see a jump in this percentage. There will be a large influx of new residents to Australian cities. However, much of the land in the inner and middle rings of the capital city has already been taken.

Also, as per the New South Wales government, around two million people need to be admitted in the state over a period of five years in order to strengthen the NSW economy and fulfil labour requirements. This move would be the equivalent of adding another Perth to the population.

Consequently, the prices of land as well as property across the combined capital cities has shot up by 20.8% over the year to October, according to the data by CoreLogic.

Is Australia ready to accommodate the rising population? 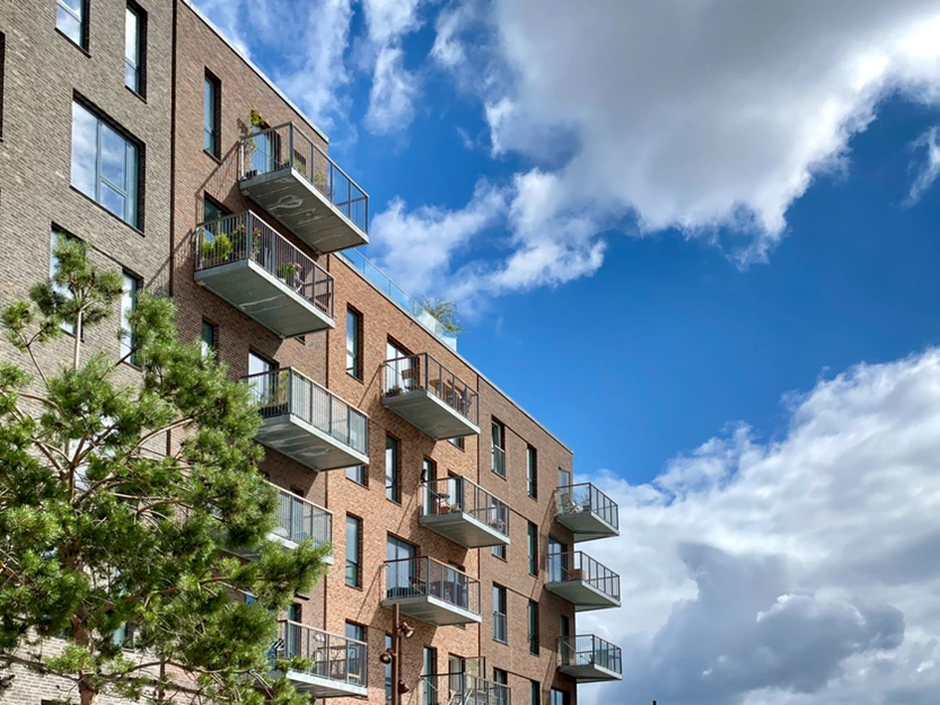 However, for any airspace development project to be undertaken, strata owners must have a council approval as well as mutual agreement between fellow residents.

Do read: Running out of funds for apartment block repair? Let your airspace pay for it! 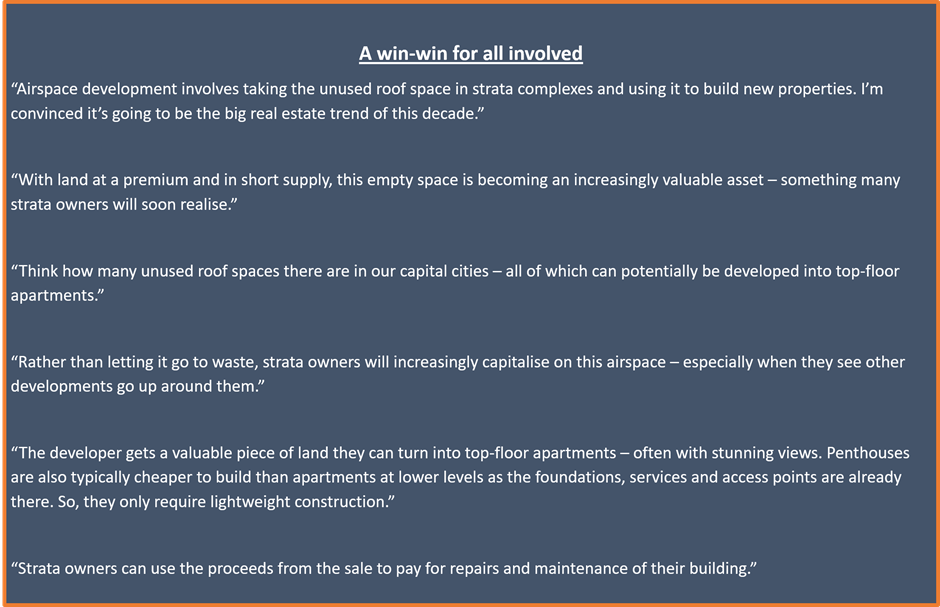