Shares of Australasian Metals Limited (ASX:A8G) have been gaining traction on the back-to-back operational updates about the company’s lithium projects. In the last five days, the shares have gained over 45%. A8G shares were trading at AU$0.240 midday on 4 July 2022.

In its latest announcement, the company has released encouraging fieldwork outcomes for its lithium asset, Barrow Creek, which sits within the Northern Arunta pegmatite province. The fieldwork has established the presence of high-grade tantalum plus tin mineralisation on the project.

A8G owns 90% interest in the Barrow Creek Project. In another update, earlier this week, the Company appraised the market that it was continuing its partnership with the Commonwealth Scientific and Industrial Research Organisation (CSIRO) for the second phase of the Kick-Start research program for lithium exploration on Barrow Creek and Mt Peake. 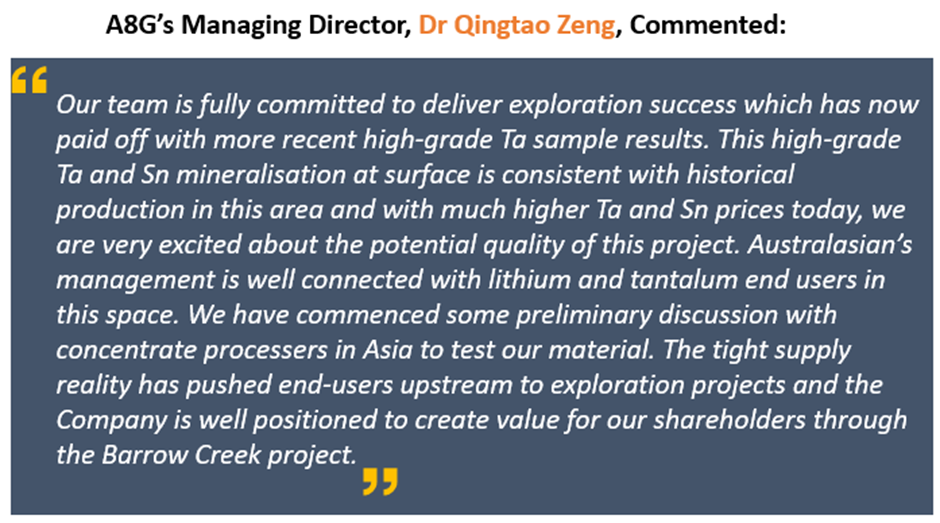 A8G’s ongoing fieldwork has delivered high-grade tantalum mineralisation associated with highly anomalous values of lithium and caesium. One of the samples, BC10124, taken from a highly weathered ground-level outcrop, has returned 1018ppm Ta. The hand specimen of the sample appears to be almost pure mica. 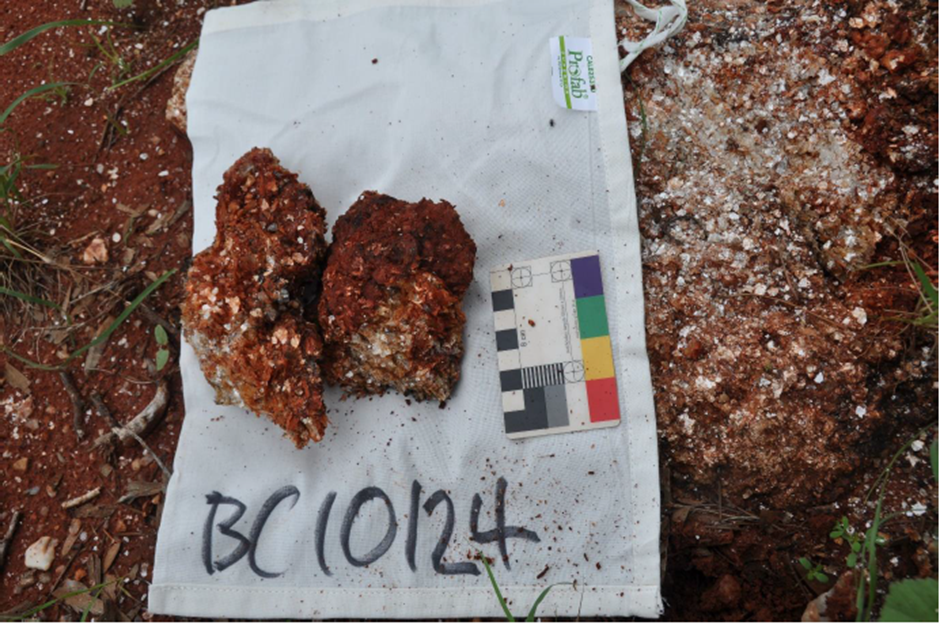 BC10171, BC10172 and BC10173, three other samples collected from a strike length of 40m have indicated mica outcrop with a tantalum values of 169ppm, 150ppm and 554ppm, respectively. As weathering is widespread in the area, there is no other outcropping rock for several hundred metres of radius around this area.

Resistant to weathering, some buckey white quartz are found scattered and are likely to be associated with the emplacement of pegmatites.

A8G has wrapped up a close-spaced MMI soil sampling geochemistry study focused on the occurrence of tantalum. This was primarily done due to a lack of outcropping rock. Results of the soil sampling program are still pending with the lab.

Depending on the outcomes of the sampling program, the company will decide its next steps.

With grades of 0.26% Li2O and 0.16% Li2O from rock chip samples from EL29724, the ongoing fieldwork shows promising trends. Given that total lithium grades of the pegmatites in the central area of the lease are highly anomalous, this makes the lease seems very promising.