The successful 45-hole drill program was conducted in an area known as ‘the Pod’, where drilling by Metallica Minerals Limited (ASX:MLM) in 2008 reported an Inferred Resource of 280,000 tonnes at 0.73% Ni (nickel) and 0.05% Co (Cobalt). The Company believes the deposit is open to the South-East and the North-West, with a follow up drill program being planned now.

Ark has reported encouraging assay results from the drilling program, highlighting significant intersections of the Pod:

Most of these intersections are shallow with little to no overburden. These very positive results support the Company’s stated objective of expanding the scope of a previously identified 2004 JORC historical MRE (mineral resource estimate) at Gunnawarra and converting it to 2012 JORC status. 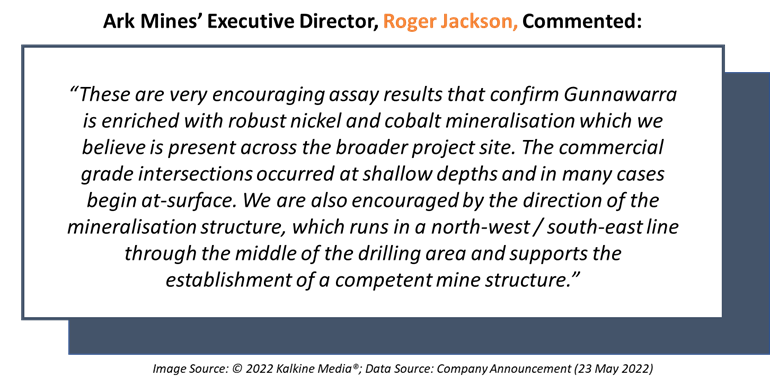 The latest assay results provide the Company with a robust platform to execute on its development strategy at the Gunnawarra Nickel-Cobalt Project, which borders the ‘Sconi’ project operated by ASX-listed Australian Mines Limited (AUZ) – one of the most advanced cobalt-nickel-scandium projects of Australia.

By using more modern drilling practices with a larger air rig, Ark expects to significantly boost the size of the resource with its maiden drilling program that intersected strong nickel-cobalt mineralisation at depths of up to 60 metres, which is around double the depth of the prior drilling program. The Company is now planning to drill known extensions to ‘the Pod’ and other target areas across the Gunnawarra leases. 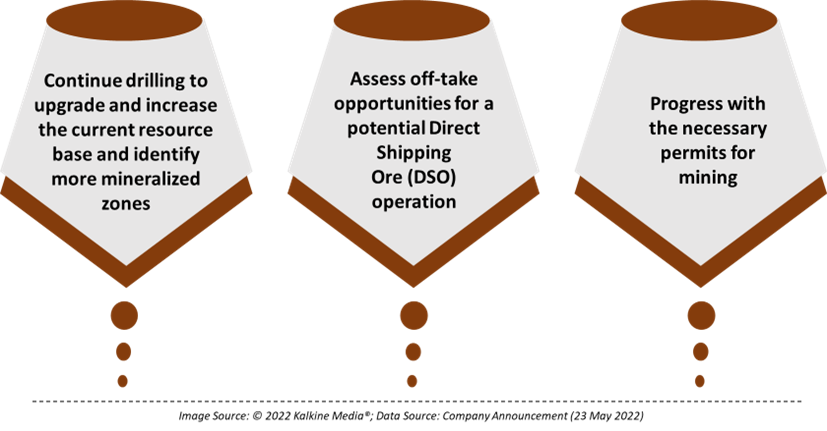