Mineral and exploration company, Podium Minerals Limited (ASX:POD) is a metal and mining sector company that is focused on the development and exploration of Platinum Group Metals (PGM), gold and nickel-copper sulphides.

On 30 June 2020, the Company concluded its heavily oversubscribed Share Purchase Plan with valid applications of $1,040,000 received from eligible shareholders for the planned $500,000 SPP. The SPP was oversubscribed by over 100%.

POD has raised a total of $1,540,000 under the recent share placement, and SPP and funds shall be allocated towards the advancement of POD’s growth strategy at its 100% owned extensive Parks Reef PGM Project.

In the first week of June 2020, POD had announced a share Placement and Share Purchase Plan for the capital raising of approximately $1,000,000 before costs to offer financial assistance to the continued work programmes in order to advance the Parks Reef PGM Project.

Details at: Podium Minerals to hit the ground running at its Parks Reef PGM Project, Announces Capital Raising of $1 Million

Other than this, POD had shared its intentions to commence resource drilling at the Parks Reef PGM Project in the month of July which is expected to infill between the existing west and central resource blocks with the objective of delineating a continuous 6.1 km long resource block in the western half of Parks Reef and increasing the stretch of total resources to a combined length of 8.5 km. 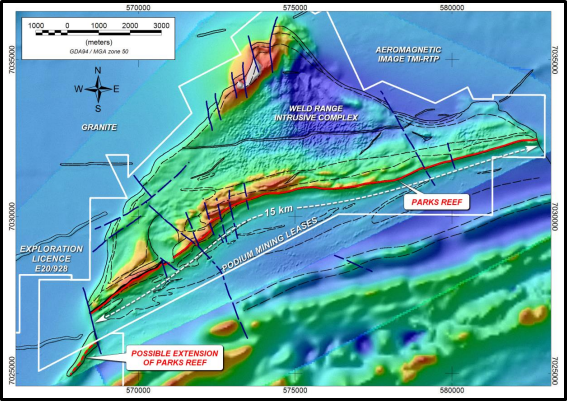 Details at: Podium Minerals to Commence Drilling at Park Reefs in July, Stock Up by 5%

Presently, the Company is engaged in preparing for mobilising its upcoming drilling programme which is planned to begin in July 2020. The upcoming drilling programme is a part of planned, systematic drilling to grow the resource base for the project which has Inferred Mineral Resources presently standing at 1,140,000 ounces of combined platinum, palladium and gold plus base metal credits including 37,300 tonnes copper.

In light of the opportunity for the deposit to host a materially significant platinum group metal (PGM) resource, POD endures to advance its growth strategy for Parks Reef with clear work programmes to define a credible pathway to production, including the following:

Following the completion of the SPP, POD is likely to be suitably placed with ample finance to commence planned drilling program at its Parks Reef Project.