When Technology Fills The Gap – AKP, MOB, SVT and ESH

Technologies nowadays are changing the way we live and work. Technological innovations can add value across all parts of the economy and help businesses to develop new products, access new markets, work more efficiently and improve the bottom-line.

How is technology helping different sectors of the economy?

Let us now look at few tech stocks that are trading on ASX.

Audio Pixels Holdings Limited (ASX: AKP) is involved in producing new generation of speakers with entirely new techniques. For quite some time, the company is working on transitioning a prototype technology into a design and fabrication process than can be reliably manufactured in mass volumes.

The company, along with its vendors, have been able to advance the fabrication process to the point where it can be anticipated that the MEMS wafers will consistently meet the underlying electromechanical requirement.

The company’s half yearly report released on 29 August 2019 indicated that particular fabrication steps of the MEMS wafers were being modified in order to diminish critical performance specifications on vendor fabrication tolerances.

Recently on 10th October 2019, Audio Pixels Holdings provided a digital speaker development update in which it informed that despite the very best efforts of vendors, they were unable to meet delivery schedules which were originally anticipated prior to the High Holiday’s vacation season.

As per the announcement, most of the required modifications have already been implemented, and the test wafers is near completion. It is anticipated that the delivery of the test wafers will commence shortly after the High Holiday’s in Israel.

In an update provided on 10 October 2019, the company informed its breakthrough Commercial Drone Upgrade Solution has exceeded its goal of $1 million in orders in 2019, following a new repeat order exceeding $200,000.

The company is currently the sole provider of the Commercial Drone Upgrade Solution to the Israel MOD, and this new purchase order demonstrates a continued interest in the Mobilicom solution.

As per the 10th October announcement, the commercial Drone Upgrade Solution is an after-market add on for drone units already sold within the market, and it was developed as a result of the US ban on the use of certain drones in security operations.

Mobilicom is able to support leading federal drone customers, including the Israel MOD, and has the ability to support other federal organisations worldwide, says Mobilicom’s CEO Oren Elkayam. 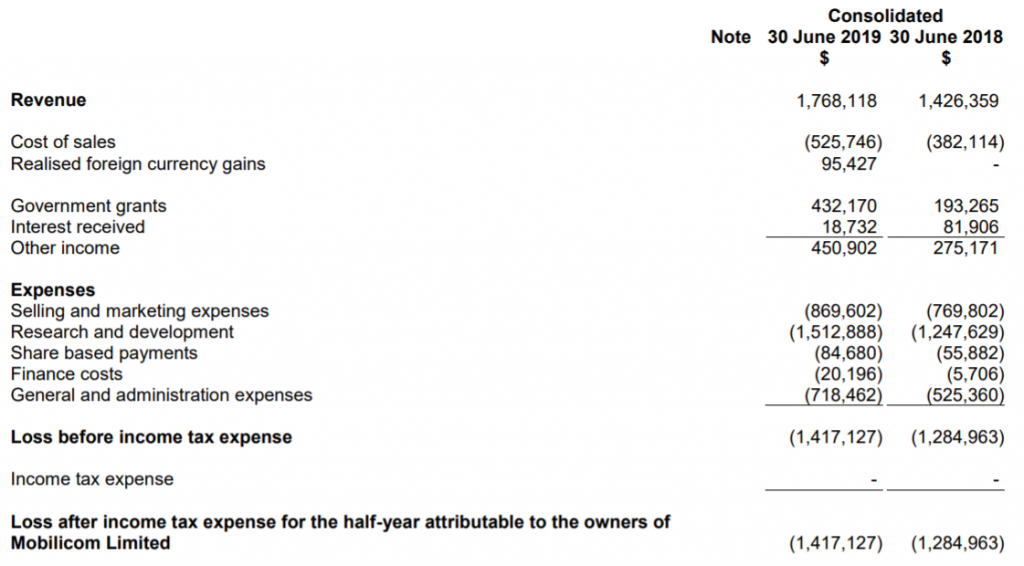 Multinational software company ServTech Global Holdings Limited (ASX: SVT) operates on an Enterprise business model based and on a Software as a Service (SaaS) business model.

On 10 October 2019, the company announced the commercial launch of its immersive VR design platform “FrameS” across European markets, in November 2019 which will be underpinned by distribution partnerships with Altea Federation, Four Bytes and Infor, targeting over 6,700 clients including Gucci, Ferrari, Maserati, Duracell and Agusta Westland. The launch is also targeting the growing software product design & manufacturing industry.

As per the company’s announcement, the platform is going to target niche 3D Render and VR product design market which has over 10 mn subscribers of software such as Autodesk 3DS Max, Autodesk Maya, Autodesk VRed, Solidworks and others.

SG Esports and Mogul intends to launch a Summoners’ Society Branded Hub which will then be used for all its weekly 1v1 and 5v5 tournaments and other events.

Recently, the company also struck a deal with Southeast Asian influencer talent agency Tier One Entertainment (Tier One) to launch a Branded Hub which will generate revenues from fan memberships and monthly subscriptions.