What Is The Buzz For Connected IO Limited (ASX: CIO)?

Wireless technology innovator, Connected IO Limited (ASX: CIO) has received cash receipts of A$794K from the United States automotive Internet of things (IoT) market in the first 5 months of the 2019 calendar year, representing a 23% increase over total revenues generated in the 2018 calendar year. The growth marks the company’s growing penetration into the US market focused on providing real-time communication solutions to the automotive sector.

Connected IO specializes in the machine to machine connectivity over the internet, which enables the real-time streaming capability for surveillance digital video recorders and cameras in commercial vehicles such as trucks and buses. The company offers hardware as well as software support to several world’s largest companies. 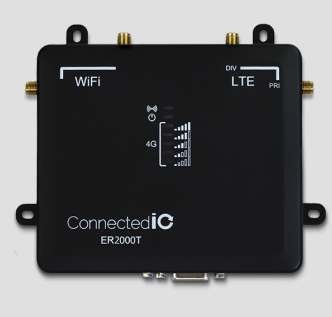 Yakov Temov, CIO Managing Director, stated that with the innovative product portfolio and open platform, Connected IO is positioned to cater to the quickly growing Automotive IOT space as well as and capturing a significant slice of the new market for hybrid and fully electric vehicles.

In this tech-driven era, Internet of Things (IoT) outlines a multi-trillion-dollar market across the globe. The Internet of Things is the connectivity of the internet to smart physical devices. These devices could be remotely monitored and controlled due to the embedded technology, internet connectivity and other hardware like sensors, which enables them to communicate over the internet.

The market analysts believe that the global Internet of Things market would be increased to ~USD1.2 trillion by 2022. Further, it is estimated that the consumer sector would lead the global growth of IoT spending, followed by global in-vehicle surveillance market and healthcare industries. The worldwide in-vehicle surveillance market is forecasted to USD29.85 billion by 2023, growing at 26% CAGR, as per CIO.

For the 12-month ended 31 December 2018, CIO reported 12% growth in revenue from ordinary activities to $A827,883 bringing down the net loss for the period by 50%. The company stated that net losses have reduced due to greater efficiencies in manufacturing processes and reduced overheads.

The company continued to further strengthen its collaboration with leading mobile operators in the United States. During the period, the sales of the company’s cloud-managed routers outpaced the sales of modems helping build a robust recurring revenue stream. CIO’s proprietary cloud management platform is leveraged by customers to deliver a wide range of customized solutions.

In 2018, CIO completed a capital raising totalling $2.13 million to provide capital to secure future revenue growth and manufacturing capacity required to meet larger purchase orders. The capital raising comprising of Placement and Non-Renounceable Rights Issue was placed on the basis of 4 new shares for every 5 shares (Right issue) held by eligible shareholders at an issue price of $0.003.

Connected IO also successfully re-negotiated its existing secured $1.37 million Loan Facility with Gorilla Pit Pty Ltd. The Loan Facility, which was due to expire on 30 June 2018, was extended to 30 June 2019, with interest payable at a rate of 9% per annum. At the Company’s AGM held on 28 November 2018, shareholders approved the conversion of the Loan into Convertible Notes to be issued to the investors upon the signing of the respective Convertible Note agreements.

As per the release dated 16 May 2019, The Court of Appeal has dismissed the company’s appeal and ordered the company to pay Mr Paterson’s costs of the appeal. The effect of the appeal decision is that the applications will return to the Minister of Mines for determination.

The company is currently focusing on growing its current customers base as well as to developing new ones on the back of escalating demand for technology in the automobiles sector with the potential evolution of electric vehicles. In the recent media report, CIO confirmed a continued growth of its business in line to achieve a fourth consecutive quarter of revenue growth with an estimated ~A$1 million in cash receipts for the quarter.

CIO stock got listed on Australian Securities Exchange in August 184. Since then, there has been a negative price change of 99.91% including a decline of 77.50% in the past one year. Over the past three months, the stock price has gone up by 20.00% with an upside of 50.00% in the past 5-day trade.