Hylea Metals Limited (ASX: HCO) announced on 24 June 2019 that it has reached an agreement with Paladin Energy Limited (ASX: PDN) for the acquisition of a 65% interest in the Kayelekera Uranium Project at Malawi. Of the remaining 35%, 20% is already held by the company’s joint venture partner Chichewa and 15% is held by the Government of Malawi. 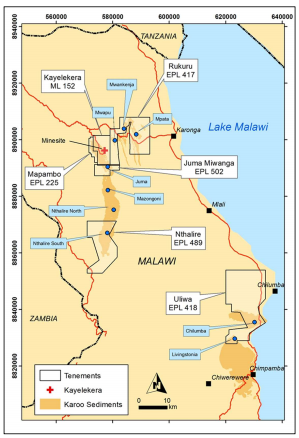 Besides, HCO has the option of acquiring a further 20% interest in Kayelekera from the joint venture partner, Chichewa. The total value of the sale of Paladin’s 85% stake in Kayelekera is A$5M. This will comprise A$200k in cash and A$4.8 million in the form of HCO shares, which will be given to Paladin. Of A$4.8 million, Paladin will receive A$1.8 million on the completion of the deal and A$3 million on the third year after the completion of the deal. HCO will also pay a 3.5% royalty, based on revenues, to Paladin. This will be based on future production at Kayelekera, which will be a maximum of A$5 million. HCO will also make a repayment of the environmental bond of US$10 million over a three-year period. The repayment will occur in four tranches, with US$4 million to be repaid on completion, US$1 million on the first anniversary, US$2 million on the second anniversary and the final of US$3 million on the third anniversary.

Kayelekera holds the world class uranium asset that has an existing open pit mine with 87.5% metallurgical recoveries. There has been the production of more than 10.9MIb of uranium at Kayelekera during 2009-2014. HCO now can make use of the past production information for re-engineering the mining and processing procedures, which would help the company to reduce the overall capital expenditure and operational expenditure of the project. After the acquisition of the Kayelekera Uranium Project at Malawi, HCO will become one of the aspiring producers of uranium in Australia.

In an announcement on ASX on 24 June 2019, AVZ Minerals Limited (ASX: AVZ) unveiled that it signed a share sale purchase agreement with Dathomir Mining Resources SARL. As per the agreement, AVZ will get a five percent equity share in Dathcom Mining SAS. This deal will raise AVZ’s equity stake in the Manono Lithium and Tin Project, as Dathcom has a 100% stake in the Manono Lithium and Tin Project concession. The deal is for the total value of US$5,500,000. Of the total, US$500,000 as the first tranche payment is due within 14 days of execution, while the remaining consideration will be made at any time within a three-year period from the deal execution. Post the conclusion of the deal, AVZ’s equity stake in the Manono Project patent will be raised to sixty-five percent.

This will also increase the NPV to approximately US$1.68 billion, which is required for project financing. 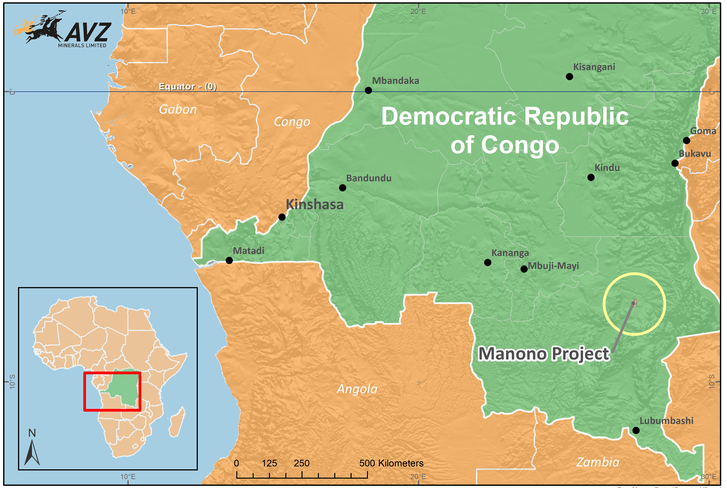 Moreover, the company executed a strategic relationship with Zhejiang Huayou Cobalt Co. Ltd via its group company Huayou International Mining (Hong Kong) Limited, which is Huayou Cobalt Group, one of the world’s largest manufacturers of cobalt chemicals. Huayou holds a 9.47% stake in AVZ.

As per the deal, the above-mentioned Huayou Group will aid AVZ in finalizing the DFS for the Manono Project situated in the DRC. Moreover, Huayou will extend its support in the project financing, offtake financing, strategic services etc to ultimate recipients.

Overall, 2019 is an important year for AVZ on the back of DFS delivery for Roche Dure Prospect and Final Investment Decision financing. For Roche Dure, the company plans to deliver DFS in the second quarter of 2020. At Roche Dure, the company received the excellent result from its drilling as best intercept is of 351m and highest lithium grade of 1.77%. Meanwhile AVZ stock has risen 32.91% in the last three months (as on June 21st, 2019).

On 24 June 2019, Neometals Ltd (ASX: NMT) announced results from the comparative analysis carried out by Queensland University of Technology (QUT), according to which its zeolite product quality and impurity content is of industry’s leading zeolite products after taking the reference of a leading Japanese synthetic zeolite product manufacturer. The company was able to produce commercial grade samples of Type X zeolite. The samples were produced from both Mt Marion and third-party sourced spodumene leach residue and by using its patent pending technology. Zeolite manufacturing from spodumene leach residue could remove waste disposal. Moreover, it will help in eliminating the costs associated with lithium production and generating significant co?product revenue. The product evaluation was required for the planned pilot plant and to help in the Class 3 Engineering Study evaluation. 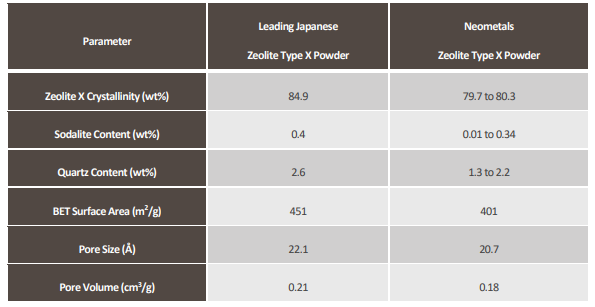 NMT has now involved the global engineering company Exyte for completing the Class 4 Engineering Cost Study, which will be based on the current test work. The company has planned the Class 3 Engineering Cost and Feasibility Study, after the successful completion of the pilot plant demonstration. The main reason for developing zeolite from leach residue was to reduce the waste generated by the proposed lithium refinery and add co?product revenue for the improvement of the LR competitive cost position.

Lithium Refinery MoU for India: Moreover, the company signed a memorandum of understanding with Manikaran Power Limited, India for funding the development of the first lithium refinery in India. The company has taken an important step for its downstream lithium processing strategy after signing this MoU. The company will undertake feasibility analysis in about 18 to 24 months as well as an FID to evaluate whether the company should continue to proceed with a potential JV, expected to be considered in the first half of CY 2021.