Have a look at three more latest announcements that could potentially influence your investing decision.

Marquee Resources Limited steps up to acquire Centenario Lithium Limited (CLL), which holds projects in the centre of “The Lithium Triangle”.

Based in Australia, Centenario Lithium Limited owns 30% interest in Lithium Power International Holdings (Argentina) Pty Ltd (LPIH), which in turn owns 100% of 7 leases in the Centenario Salar in Northern Argentina. The Centenario Salar is positioned in the centre of “The Lithium Triangle” in the mining friendly Salta province. The leases reportedly cover an area of 68km2 in the Centenario Lithium Brine Salar over seven adjoining leases. It is located approximately 165km west of the City of Salta which has an international airport, hotels and other facilities. 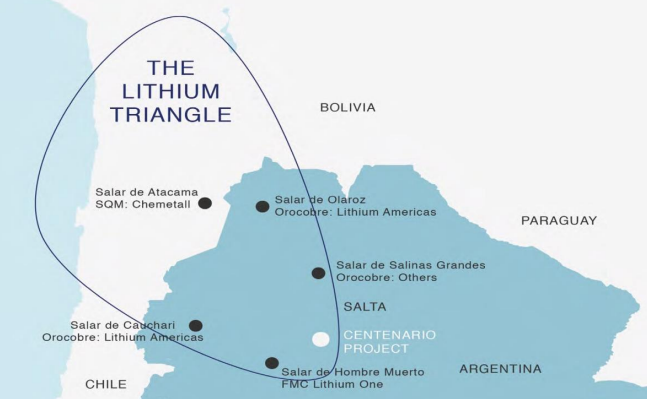 To execute this acquisition, Marquee Resources entered into a binding Share Purchase Agreement with the shareholders of Centenario Lithium Limited under which it intends to acquire 100% of the issued capital of CLL, as per today’s announcement. The purchase consideration has been agreed to be paid in 10,075,000 shares in Marquee Resources at an issue price of $0.10 per share and $25,000 option fee payable to Centenario Lithium to conduct 30 days of exclusive Due Diligence, in addition to performance rights.

Additionally, completion of the acquisition is contingent on Marquee receiving commitments for a capital raising of not less than A$500,000 through the issue of Marquee shares at an issue price of A$0.10 per share from CLL shareholders. Marquee intends to conduct a further placement of circa $500,000 on the same terms.

It is worth noting that the company expects its existing shareholders to be diluted by approximately 47% as a result of the shares issued at the completion of the acquisition and Capital Raising. However, the completion of the acquisition is subject to certain conditions, including Marquee obtaining shareholder approvals and completing due diligence to its absolute satisfaction.

Australian Competition and Consumer Commission (ACCC) raised competition concerns on the proposed acquisition of Ruralco and Nutrien (a wholly owned subsidiary of Landmark). The watchdog believes that a merged Landmark-Ruralco would be by far the largest retail and wholesale supplier of rural merchandise in Australia, with Elders the only other large national chain.

ACCC released the Statement of Issues (SOI) and has identified a number of local areas across Western Australia, New South Wales and Queensland, where Landmark’s rural merchandise stores compete with Ruralco stores. The body stated that if the proposed merger goes through, the combined entity will supply around 45% of all rural merchandise stores nationally.

In response, Ruralco Holdings Limited (ASX: RHL) confirmed its involvement with the ACCC in its review of the proposed transaction. It further informed that ACCC’s Statement of Issues is not a final decision as it just provides the ACCC’s preliminary views on the proposed acquisition.

ACCC is currently in the process of public consultation in respect of the SOI and seeks further submissions from interested parties. The regulatory body has indicated that the final decision on this transaction is expected to be out on 15 August 2019.

Further, Ruralco presented optimism towards the settlement of ACCC concerns. It stated: “the company is confident the issues raised can be addressed to the satisfaction of the ACCC.”

The Ruralco Board continued to recommend its shareholder to vote in aye for the Scheme of Arrangement relating to Ruralco and Nutrien merger, in the absence of a superior proposal. Although the Board’s recommendation was unanimous, the Independent Expert concluded that the Scheme is fair and reasonable.

The Scheme includes the proposed acquisition of 100% of the issued share capital of Ruralco by Agrium Australia Pty Ltd, a wholly owned subsidiary of Nutrien Ltd and a related body corporate of Landmark Operations Limited. Ruralco stated that the Scheme would establish a strong rural services provider, with substantial advantages to businesses, farmers, and communities across rural and regional Australia.

Travel Distribution Company, Helloworld Travel Limited today announced that a number of mid to large sized corporate agencies have joined, or committed to join, its New Zealand retail network, following on from the break-up of the First Travel Group. This comes after the recent outright purchase of the business of sports and event travel specialist, Williment Travel. 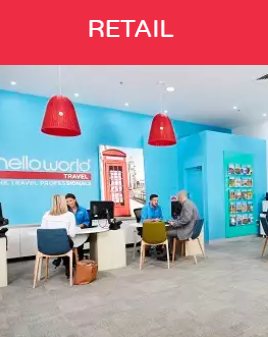 As per announcement dated 13 June 2019, Gilpin Travel, Barlow Travel and Atlas Corporate with a combined annual Total Transaction Value (TTV) of NZ$130 million have all now joined the HLO NZ network. The total combined annualised TTV coming from this expansion, under the HLO NZ networks, is approximately NZ$300 million, representing over 65% of the former First Travel Group’s TTV.

Andrew Burnes, Helloworld Travel CEO and Managing Director stated that “The New Zealand acquisitions and network expansion has given our NZ business the size and resulting economies of scale to assist the Group to achieve our targeted EBITDA to Revenue of 25% in FY20.”

Going forward, the company eyes further expansion as The NZ Travel Brokers (annual TTV circa NZ$125 million) together with a number of other significant agencies, with a combined annual TTV of a further NZ$46 million, have entered into agreements to join from June 2019.