Due to the housing market slowdown in Australia, many Industrial and Infrastructure companies have faced and are continuing to face significant headwinds, impacting the overall performance of the companies. Despite the headwinds, many stocks have made strong operational progress over recent months. Letâs take a look at three Industrial sector stocks and their latest updates.

This joint venture will provide greater scale and improved geographic reach in Asia. Further, it will provide attractive growth opportunities, including enhanced technology support and expected synergies of US$30 million per annum in year 4.

Details: The USG Boral JV will acquire Knauf Asia Plasterboard, for US$532.5 million, and will sell the Middle East business to Knauf for US$50 million, resulting in an expanded USG Boral Asia JV1, subject to regulatory approvals. The acquisition price for 50% of USG Boral Australia & NZ is US$200 million. Boral has agreed to grant Knauf a call option3 to purchase 50% of the business within five years, subject to Australian and New Zealand regulatory approvals. 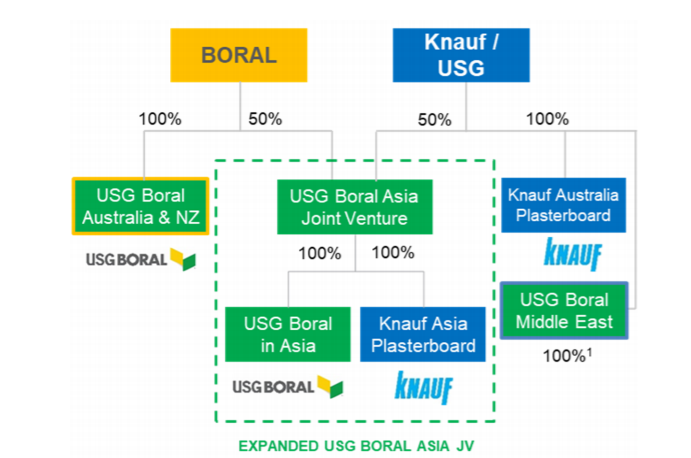 The deal will be funded through debt and proceeds from asset sales, and will be earnings accretive in the first year, even before synergies.

Boralâs total net investment is US$441 million, which is underpinned by a strong strategic rationale. The company believes that it is a compelling investment for Boralâs shareholders with Asia being a highly attractive, long-term growth region for USG Boral.

The expanded USG Boral Asia JV is a ~US$900 million revenue business which will have improved geographic reach in Asia and opportunities to reduce freight costs and substantially improve utilisation across its combined 782 million m2 of plasterboard manufacturing capacity.

Recently, the company had announced that it is selling its Midland Brick business to Western Australian consortium and expects to receive proceeds of around $86 million from this transaction.

The full year results of FY19 are reflecting continued strength in Australian infrastructure activity, Headwaters acquisition synergies and benefits from improvement programs offset by the downturn in housing activity and lower property earnings in Boral Australia, a housing market slowdown in Boral North America and a contraction in USG Boralâs earnings due to the downturn in South Korea.

Boral Australia witnessed a decline of 6% in its EBITDA, mainly due to lower Property earnings. Boral North America revenue increased by 3% to US$1,592 million while its EBITDA grew by 10% to US$297 million for continuing operations. EBITDA margins of Boral North America grew by 1% to 18.6%. USG Boral Underlying EBITDA declined by 6% to $252 million, as compared to pcp. The decline in South Korea and increased competition in Indonesia was partly offset by growth in Vietnam, and early benefits from cost reduction programs. Australia continued to deliver strong results, despite softening in Q4.

In FY2020, Boral expects its NPAT to be ~5-15% lower than FY2019, due to lower earnings in Boral Australia and USG Boral but underlying earnings growth in Boral North America, together with higher depreciation charges. It is to be noted that, this is before the impact of additional earnings from the announced USG Boral/Knauf transaction and before the impact of accounting changes resulting from the adoption of the new leasing standard (IFRS 16).

Toll-road operator company, Transurban Group (ASX: TCL) recently completed its $500 million âpro-rataâ institutional placement, proceeds from which will be used for funding the Transurban's acquisition of the remaining 34.62% interest in M5 West for $468 million.

Along with the placement, the company has also undertaken a Share purchase plan, capped at $200 million. The offer for SPP will soon be closed on 30 August 2019. 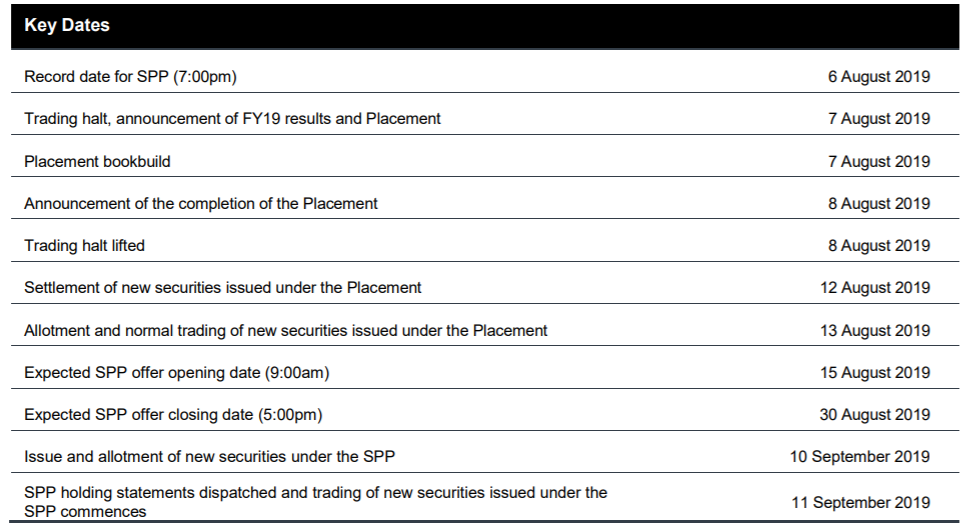 In FY19, the company average daily traffic (ADT) grew by 2.0% and its Proportional toll revenue increased by 10.3% to $2,581 million. For FY2020, the company has set distribution guidance of 62.0 cents per share (cps), which includes 4 cps fully franked.

CLICK HERE FOR YOUR FREE REPORT!
Tags:
industrial ASX: DOW ASX: TCL ASX: BLD
All pictures are copyright to their respective owner(s).Kalkinemedia.com does not claim ownership of any of the pictures displayed on this website unless stated otherwise. Some of the images used on this website are taken from the web and are believed to be in public domain. We have used reasonable efforts to accredit the source (public domain/CC0 status) to where it was found and indicated it below the image.