As per the report from Australian Energy Market Operator, domestic and global energy consumption is expected to increase. To meet this growing demand, Australian companies are tightening their belt to increase the exploration and production of gas and other energy resources in Australia and other regions. The three important companies in the energy segment with recent updates are Senex Energy Limited, Liquefied Natural Gas Limited and Woodside Petroleum Ltd.

Senex Energy Limited is into generating and exploring of oil and gas in a secure and effective way. It has three decades of experience and has diverse portfolio positioned in South Australia (in the Cooper Basin) and Queensland (in the Surat Basin) region.

The company on July 22, 2019, informed the market that it continues to achieve key milestones in the delivery of its Surat Basin natural gas development projects, with Roma North gas production exceeding eight terajoules following commissioning of the Roma North gas compressor station.

In the past three months, there were several milestones achieved at Roma North and Project Atlas, including: 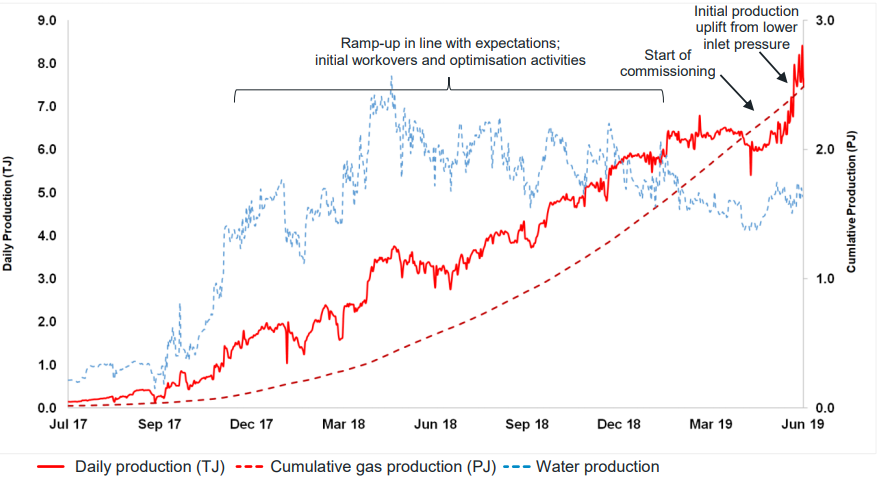 LNG, on 22 July 2019 informed the market on its decision to re-locate its centre to the USA. Following all the judicial and regulatory approvals, and shareholderâs vote , LNGL will begin the process to list on the NASDAQ Stock Exchange. Greg Vesey, LNGâs Managing Director and Chief Executive Officer stated that the management is committed to transparency and regular communication during the re-domicile process, which could be completed in the late 2019 or early 2020. This will ensure that all its institutional, retail shareholders from either Australia or U.S or elsewhere are able to make fully informed decisions.

Benefits from the re-domicile process: 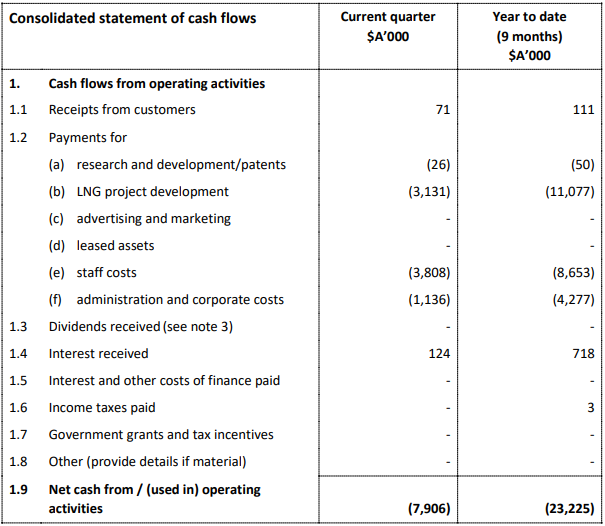 Woodside Petroleum Limited is the biggest natural gas producer and pioneer of the LNG sector in the Australian region. The company has an international portfolio and is acknowledged for its abilities of integrated energy supplier of world-class level.

On the performance front, WPLâs sales revenue stood at $738 million along with the output of 17.3 MMboe. Besides, the company attained a solid LNG output from North West Shelf. 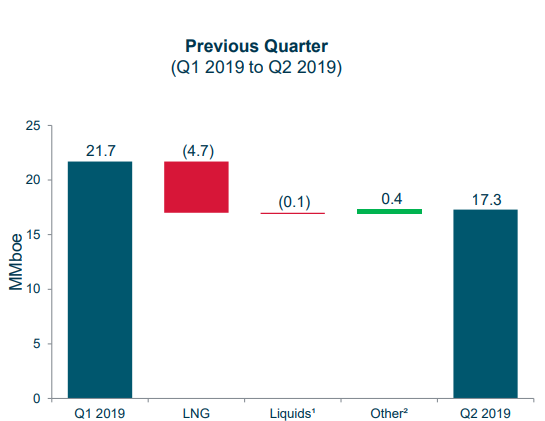 Further, WPL delivered a clear strategy throughput the three horizons; it began an offshore commissioning for the Greater Enfield project; it is on track, budget and by the closure of the quarter was 95 percent finalised.

Also, the Browse Joint Venture gave a nod to Browse to NWS Project basis of design during May this year. Further, during June 2019, the geotechnical and environmental elements of the proposed trunkline route survey was concluded.

The company provided its half-year guidance for 2019 period. The same is as depicted below: