Thor Mining PLC (ASX: THR) is engaged in the business of exploration and development of tungsten and copper projects in Australia and the USA. The company’s registered office is in Australia and was officially listed on ASX in September 2006.

On 16th May 2019, Thor Mining PLC updated the market about high-grade lithium results at Big Sandy Hawkstone Mining Limited. The Board of THR has commented on the drilling results at Big sandy deposit in Arizona USA by HWK. Hawkstone released results with respect to the first 19 holes of its 37-hole Phase 2 diamond drilling program at its Big Sandy lithium-clay project, which is located in Arizona USA. The company also pointed out that in the coming weeks, further results are anticipated.

In another recent update, Thor Mining PLC reported positive interim results with respect to drilling at the Bonya tungsten deposits, near Molyhil, in Australian Northern Territory. 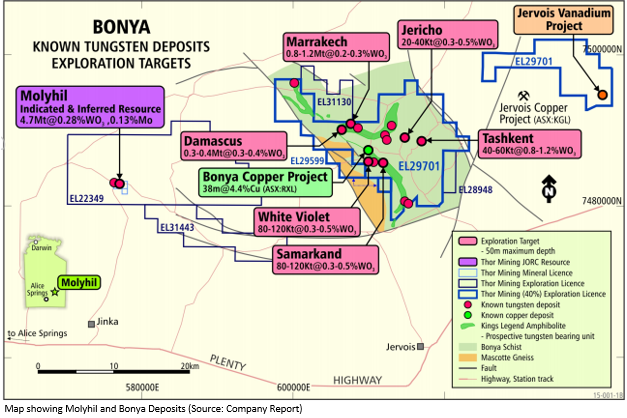 The company reported its cash flow in Appendix 5B, according to which, the net cash used in operating activities stood at $0.577 million, which is comprised of $0.267 million of exploration and evaluation expenses and $0.278 million of administration and corporate costs.