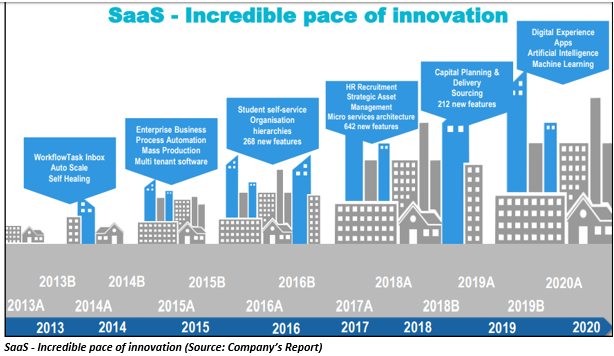 During the period, the company was successful in increasing the number of large-scale enterprise SaaS customers by 39% to 389 as compared to the previous corresponding period. These consumers have 100s of 1000s of users. Thus, making the company, the largest multi-tenanted ERP SaaS offering in the Australian region.

The company continues to dominate the local government sector as well and have more than 300 council customers and are continuing to grow fast.

Mr Adrian Di Marco, the Executive Chairman of TNE, stated that since the time it was listed on ASX, TNE had consistently delivered a strong and growing result due to its clear vision and strategy. The company’s ability to successfully undertake large-scale cutting-edge R&D, along with its successful commercialization, has underpinned its success. Further, the company will continue to make investments in the new exciting ideas and innovation such as Artificial Intelligence and Machine Learning.

On the balance sheet front, the company witnessed a decrease in the net assets base due to a fall in the total assets. The total shareholders’ equity was worth $75.772 million. Further, during the period, there was an increase in the receipt from the customer from $112.079 million to $128.097 million. As a result, there was a net cash inflow of $7.791 million from the operating activities of the company.

From the cash flow perspective, a net cash outflow of $19.790 million was recorded in the investing activities of the company. The primary drivers of cash outflow were in the form of payments made for property, plant and equipment, payment for intangible assets, payments for contract acquisition assets and payment for contingent consideration. Also, there was a net cash outflow of $24.146 million from the financing activities of the company.

The company expects to see strong continuing growth in 2019, with the net profit before tax to be in the range of $71.6 million to $76.3 million. The company expects its SaaS ACV to grow up by 45% on its pcp. The total expenses are expected to increase by 7% for the full year. There will be no acquisitions in the second half of FY2019. 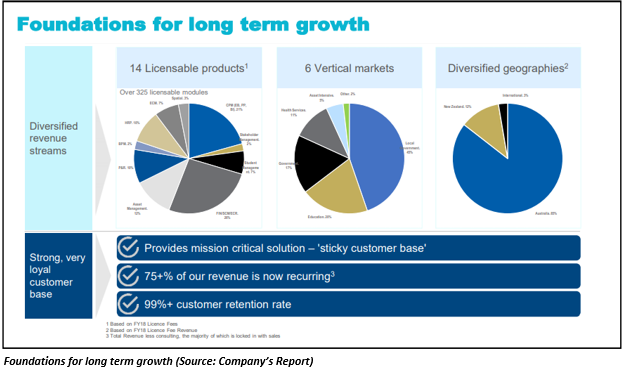