The Board of Tartana Resources Limited (ASX Proposed Code: TNA) has further extended its IPO closing date to 29 October 2019. As per the supplementary prospectus dated 20 September 2019, the offer was supposed to close on 21 October 2019. However, the Board resolved to extend the offer closing date by six more business days.

On 21 October 2019, the company released the following updated indicative timetable:

In line with its mission of growing itself into a significant copper-zinc company, Tartana intends to use the funds raised from the offer to develop Tartana’s existing projects.

Currently, the company has the following Projects: 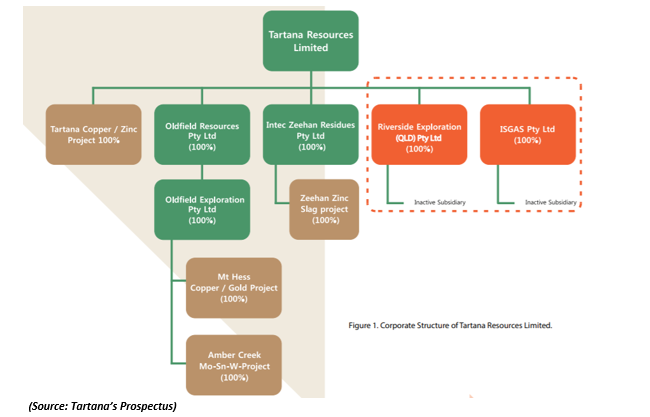 The funds raised from the IPO is expected to be utilized towards following developmet activities:

Exploration activities are expected to dominate the first two years following the date of the company’s initial prospectus. It is to be noted that Tartana Copper Oxide Project as well as Zeehan Zinc Slag Project offer the potential to generate early cash flows.

A Macro tailwind for Tartana

The outlook for both zinc and copper is in favour of Tartana. The company expects these commodities to experience future supply/demand deficits, and particularly in the case of copper with increasing demand from electric vehicles.

Earlier this year a Rio Tinto Copper CEO highlighted that the world will require the same amount of copper in the upcoming twenty-five years as it has produced in the last 500 years. This statement demonstrates that there will be a strong demand for copper in the near future

As per prospectus dated 24 June 2019, in terms of world demand, it is forecasted that that global demand for refined zinc metal will exceed supply in 2019 with the extent of the deficit forecast at 121,000 tonnes. According to the International Lead and Zinc Study Group the global zinc mine production is expected to increase by 6.2 per cent to 13.48 million tonnes in the year 2019. The company expects the zinc price to remain highly leveraged to any upturn in perceived world economic growth.

In the light of the above scenario, it can be said that Tartana has secured right projects at the right time.

The company believes that its management team has the required skills to execute its growth plan through the experience accumulated over many years in the mining and finance industries. The company’s management includes: