An ongoing IPO offer in the copper and zinc space by minerals player Tartana Resources Limited (Proposed ASX code: TNA) is gaining investors' attention in the market. Tartana intends to establish itself as a significant copper-zinc company via the development of its existing projects and acquisitions of new projects.

Currently, the company has following Projects: 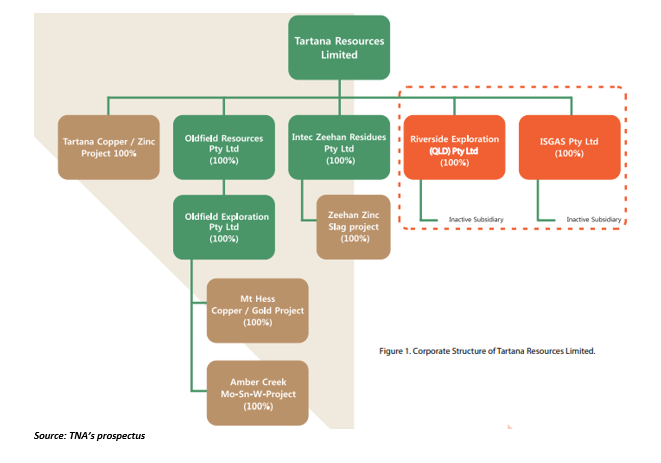 As per the latest supplementary prospectus, the offer closing date has been extended to 21 October 2019. 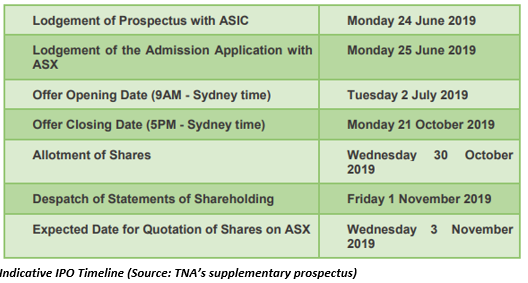 The company has defined four separate exploration projects based on past exploration on the mining licenses with mineralisation in each relating to an interpreted deeper porphyry copper system:

The company is investigating opportunities to monetise the zinc in the slag to provide working capital to finance its other activities; and till now it has investigated a number of options which include:

Tartana believes Zeehan Zinc Slag Project to be an exciting project in the current high zinc price regime, with the potential to generate cash flows as well as providing an opportunity to later restore an old smelter site

Historic Exploration at the Project:

The company intends to target future exploration on these mineralised zones to determine whether they have the potential to contain economic copper oxide resources.

The Amber Creek Project (EPM 18865) comprises an area covering several individual molybdenum, tin and tungsten prospects, located within the homogeneous metamorphics which could be related to the McDevitt Metamorphics.

The company believes that its existing projects provide an exciting base for its future growth.