The property market took a breather from the deep fall instigated by the COVID-19 outbreak with S&P/ASX 200 A- REIT recovering since the onset of the second quarter and attempting a volatility breakout during the past few trading sessions.

However, in its attempt on volatility, the S&P/ASX 200 A-REIT has now entered a consolidation phase with the index hovering in a narrow range of 1,200 to 1,300.

The ongoing consolidation in the index has had the same effect on some of constituent stocks with some companies such as Scentre Group (ASX:SCG), Vicinity Centre (ASX:VCX) recovering from their recent loss and entering a consolidation phase.

Scentre Group reported revenue of $1,094.1 million for the half-year ended 30 June 2020, which remained 16.0 per cent down against the previous corresponding period (or pcp).

The group reported a net loss after tax of $3,657.4 million for the period, which remained significantly down against an NPAT of $744.0 million in the previous corresponding period.

The comprehensive loss for the period reached $3,668.6 million against an NPAT of $745.0 million for the second half of the financial year 2019. 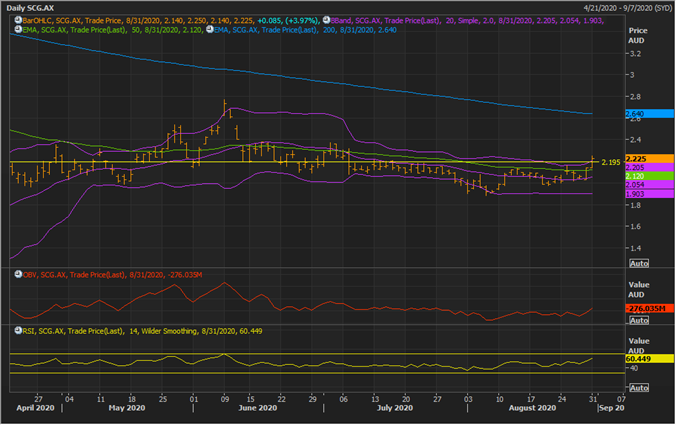 As the S&P/ASX 200 A- REIT index is attempting for a volatility breakout, some of the underlying stocks are also trying the same, and it could be seen on the daily chart that, SCG is currently hovering around the +2 Standard Deviation of the 20-day simple Bollinger band. 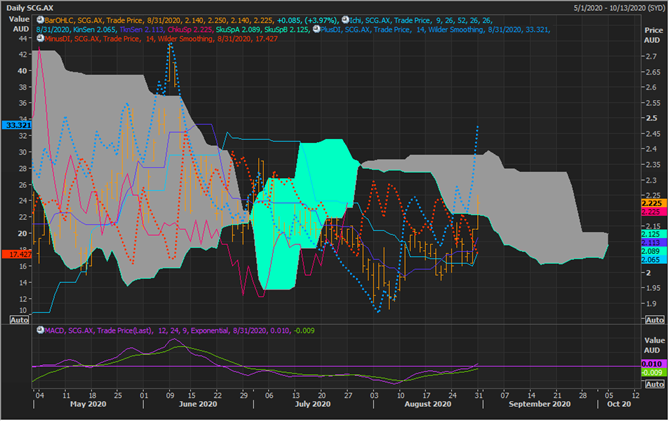 The Company reported a net loss after tax of $1,801.0 million for FY2020, which remained substantially lower against an NPAT of $346.1 million for the prior year. 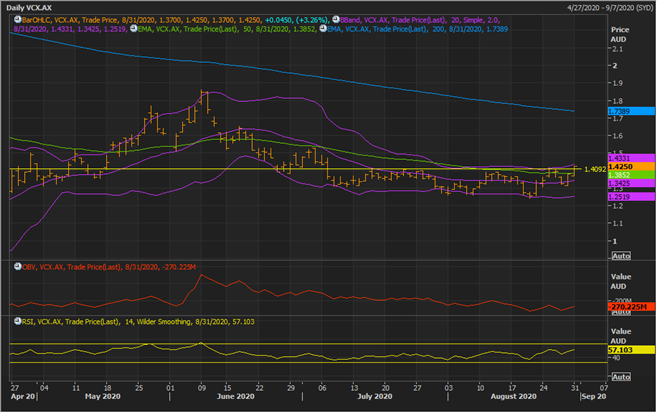 On following the daily chart, it could be seen that the stock is showing a similar price behaviour as compared to its peer group with VCX hovering near the +2 Standard Deviation of the 20-day simple Bollinger and taking the support of 50-day EMA. 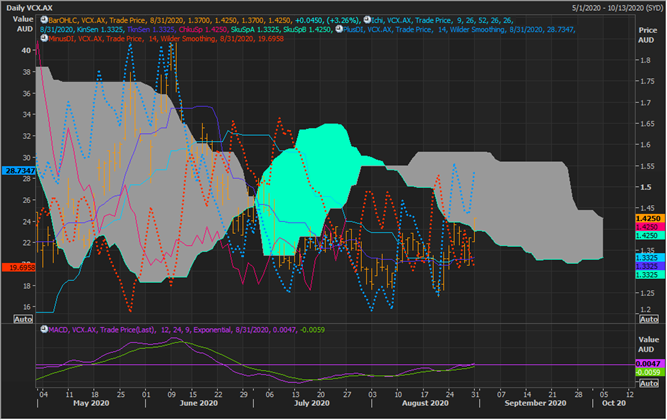 After applying Ichimoku on the daily chart, it could be seen that the stock is currently testing the resistance of the grey cloud or Span A.