ASX200 has taken a tiny leap of 0.81% or 53.50 points today, to close at 6,648. The Australian share market received this upliftment via ‘somewhat’ rebounding materials sector. In addition, Australia’s monthly trade surplus data for May was out today, which spread some positivity. Australian trade surplus has notably risen to a record AU$16 billion, much above the market expectation of AU$10.8 billion. Exports increased by 9.5% while imports grew by 5.8%.

Meanwhile, on the ASX200 index, Materials and Consumer Discretionary gained maximum. On the loosing side were, Industrials and IT stocks.

Other indices and trends 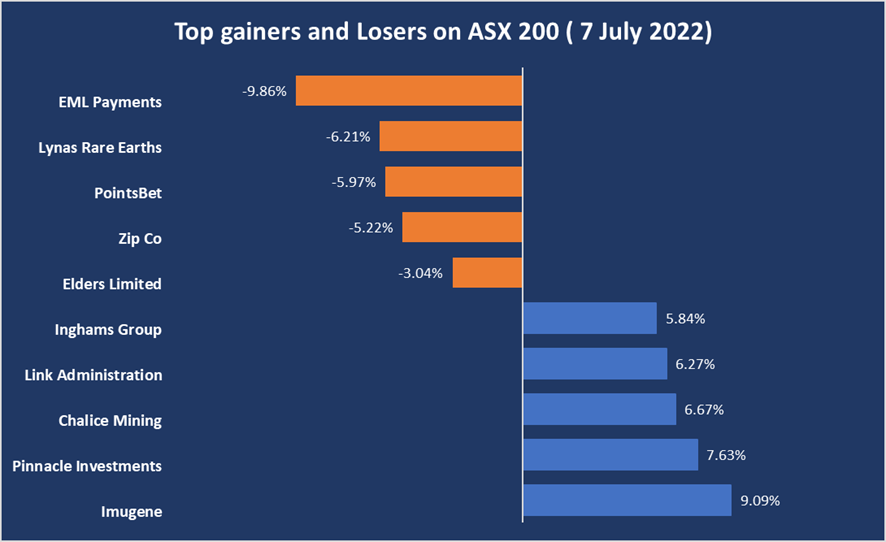 Globally, investors were watching closely the minutes from US Fed’s June meeting. The meeting pointers suggested a possibility of more ‘restrictive’ monetary policy to curb long-lasting inflation. Investors are now anticipating a 75-basis point interest rate hike from the Fed by July end. The fear of a global recession seems to be becoming more intense.

In UK, PM Boris Johnson has denied resigning as the PM and Conservative party leader even after many ministers have quit.