The Australian market opened on a negative note on the last day of the week, taking a cue from Wall Street, which closed lower amid a sell-off in technology shares, coupled with the lower opening of local materials-related stocks on weaker commodity prices. The benchmark ASX 200 index was trading 0.52% or 38.8 points down to 7,432 in the first 15-minute trade on Friday.

Nervous global stock markets struggled to sustain on Thursday, while the US bond yields steadied and the US dollar plunged after the US data revealed the highest inflation in nearly 40 years that kept concerns about price pressures and tighter monetary policy risks alive.

The NASDAQ Composite and S&P 500 plunged on Thursday as investors booked profits from tech stocks after a three-session rally just ahead of the fourth-quarter earnings season.

Read More: US inflation is running hot; how it could impact Aussies 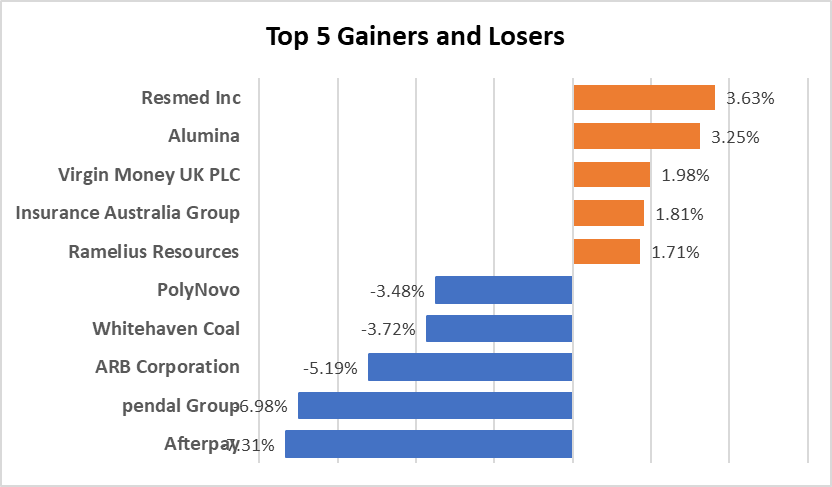 The sectoral performance shows that the market is in bear’s grip today, with nine out of the 11 sectors trading in red. The IT sector was the top loser, shedding over 3%, followed by the energy and industrials space, falling 1.08% and 0.85%, respectively. Telcos and A-REITs have been slightly positive for the day so far.

Read More: Inside Afterpay’s share price journey: How did merger news impact it?