The stock market dropped for the first time in four sessions as a result of weak Wall Street leads, drops in important commodities, and missed earnings from giants like Origin Energy and Transurban.

Kalium Lakes (ASX:KLL): Kalium Lakes will be raising AU$22 million through a placement. The company has received commitments for the same.

A total of 550 million shares will be issued in the placement, divided into two tranches, at a price of four cents each, which is much less expensive by 56.5% than the latest traded price of AU 9.2 cents on August 9. 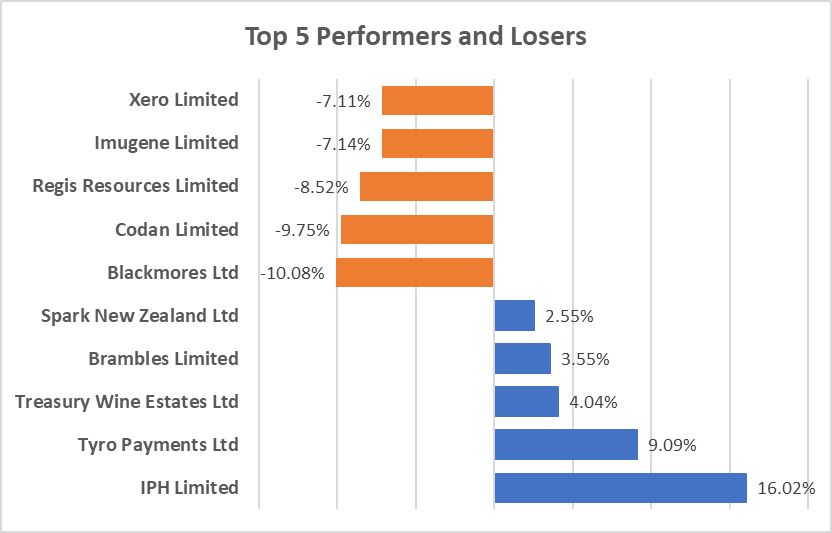 On Wednesday, 17 August 2022, after minutes from the Federal Reserve's July meeting revealed details about the institution's plans to raise interest rates, Wall Street indices ended the session in red territory.

According to the minutes from the Fed's July meeting, the central bank is still closely monitoring the high inflation and the state of the job market, which puts them on pace to keep hiking interest rates.

The authorities suggested that the timing of the rate increase would rely on incoming information that would provide some insight into the state of the economy. Additionally, they stated that whenever inflation falls below their two percent objective, they would gradually slow down the pace of their hawkish steps.