Some Glimpses from 4 diversified stocks – MND, LIT, ICG and JLG

The diversification of portfolio is one of the key purposes market players invest in the securities market. Diversification helps the investor to minimize the risks associated with loss, preserve capital and generate returns. Spreading the investing across different avenues helps the investors in a way that if any one source generates lower returns, there are still chances of getting good returns from other investments.

Let’s have a look at 4 diversified stocks with their recent updates:

Monadelphous Group Limited (ASX: MND) is an Australia registered company, which provides services like construction, maintenance and other engineering services. Recently, the company, via a release dated 13th August 2019, announced that it has entered into a contract with Rio Tinto (ASX: RIO) for providing services to Rio Tinto’s privately-owned rail network in the Pilbara. The company’s division of Maintenance and Industrial Services would be providing the services related to maintenance across 3 packages of work under the initial contract of 3 years, which includes two extension options of three years.

Under the terms of contract, the primary services to be provided by the company are maintenance of railway track as well as renewals services on the coastal component of the rail network.

As per the release dated 5th Aug 2019, the company has tied up for the construction of the Talinga Orana Gas Gathering Station in Queensland. The scope of work includes preassembly, site construction for two gas compression trains and fabrication, as well as supporting utilities and infrastructure. Adding to that, the work is anticipated to be wrapped up by March 2020. Moving forward, the company has also obtained a contract with BHP Mitsubishi to accomplish major downtime works at the Hay Point Coal Terminal in Queensland (QLD).

It further stated that MND has entered into a contract for the supply of mechanical and shutdown services at South32’s Worsley Alumina Refinery in Collie for the time period of 3 years. The combined value of the all the contract stood around $150 million. 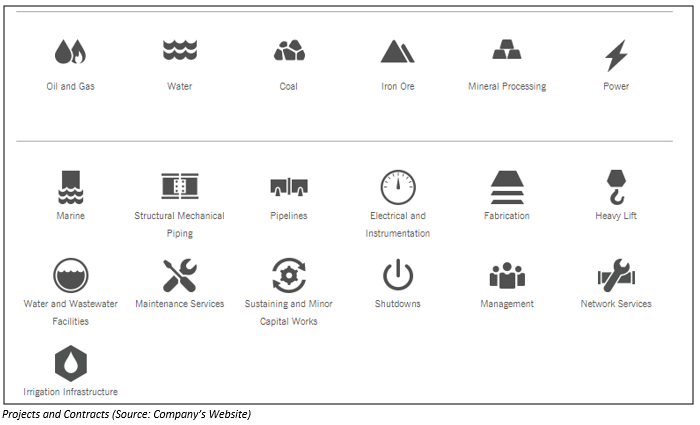 Lithium Australia NL (ASX: LIT) is engaged into acquisition of project, mineral exploration and process development, mainly for the recovery and extraction of lithium. Recently, the company via a release dated 13th August 2019 provided an update to the market on its latest recycling achievements. The company stated that it has positively processed Refined lithium phosphate by using lithium-ion batteries (spent batteries) as a feed material. It added that the production of lithium-ferro-phosphate cathode powder is carried out from the recycled refined lithium phosphate.

In another update, the company provided assay results from Youanmi project area. It primarily provided drill results as follows:

It added that the drilling confirms mineralisation of more than 1,200 metre of strike. 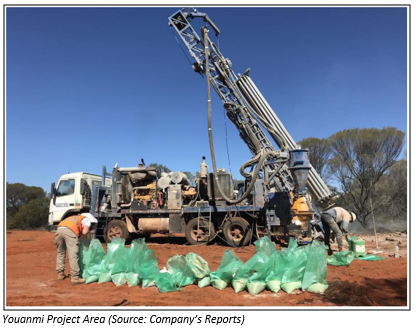 Inca Minerals Limited (ASX: ICG) is an Australia registered company, which is involved into exploration and works on existing and newly acquired tenements. Recently, the company via a release dated 13th August 2019 updated the market with the acquisition of second project in the Northern Territory. In the release, it was mentioned that the company has acquired Frewena Fable Iron Ore Copper Gold Projects via Memorandum of Understanding (MOU). In addition, it is the second Iron Ore Copper Gold focused project.

The company further stated that Frewena Fable compliments other recently acquired projects MaCauley Creek and Lorna May. Previously, the company updated the market on its Riqueza Earn-In Agreement. The following picture provides an overview of location of projects: 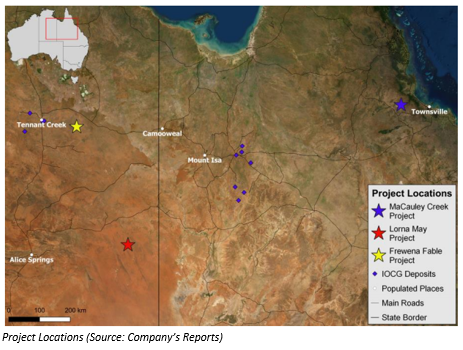 Johns Lyng Group Limited (ASX: JLG) is into commercial building and renovation services. Johns Lyng Group Limited was officially listed on Australian Stock Exchange in 2017. As per the release dated 13th August 2019, the company provided an update to the market in relation to the acquisition of controlling interest in Bright & Duggan Group Pty Ltd, which is a Sydney-based company having well-established and widely identified strata and facilities management brands, which includes Bright & Duggan and Cambridge Management Services. In addition, the controlling stake came into effect from 13th August 2019.

The major term of the acquisition includes an amount of $13.8 million at the wrap up of 51% voting / 46% economic equity interest, which is to be financed by the company’s current acquisition finance facilities as well as potential earn-out based on FY20’s financial performance. The company further stated that existing net interest bearing debt of approximately $1.5m will be assumed by Johns Lyng Group on wrap up of the acquisition, with third-party interest-bearing debt to be re-financed with ANZ post completion.