Penny Stocks: Penny stocks are the stocks of small companies trading at a price lower than $1 per share. In this article, we have covered three penny stocks, their recent updates and stock information.

Freedom Oil & Gas Ltd (ASX: FDM) is a Houston, Texas-based company, operating in the energy sector with the mission to build FDM into a growth-oriented, investment grade oil & gas company. FDM is engaged in the development of nearly 9k net acres of land in the Eagle Ford shale situated in Dimmit County in the US state of Texas. 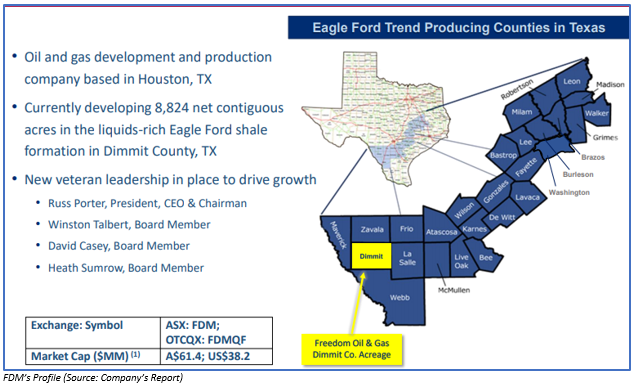 In an ASX announcement by the company on 1 April 2019, it updated that Michael Yeager and Nigel Smith would not be standing for the re-election at the company’s AGM. It was also highlighted that J. Russell Porter would be assuming the additional position of Chairperson of the Board of Directors.

In the AGM presentation released on 29 May 2019, the company gave updates related to its near-term strategic actions and its longer-term vision for the future.

In the short term, it would be utilizing its operating abilities so as to derive maximum value from existing assets, as well as controlling costs and acquiring the next asset via its low-cost entry strategy.

In the long term, the company would focus on capturing acreage, assets or entities where there is growth scope. It would also be working on strengthening its operations team as required for the new assets. Moreover, as part of the company’s long-term vision, it would create shareholder value using its low-cost entry strategy, proof of concept and subsequent low-cost operations. 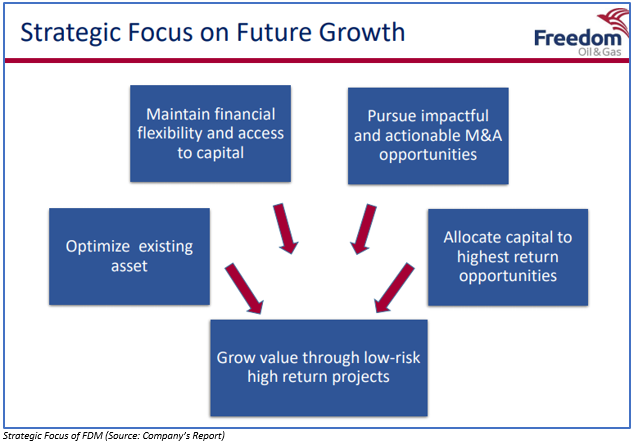 The objective of the company is to acquire as well as develop low-risk acreage in highly economical resource plays in the United States. The company has also recognized a specific opportunity in the targeted region.

FDM also provided an operational update, according to which it has 15 production wells in Dimmit Co. in Texas from Lower Eagle Ford. Additionally, there are three wells that are yet to be completed.

At the end of the trading session on 20 June 2019, the price of the shares of FDM was A$0.028, down by 6.667% as compared to its previous closing price. FDM holds a market capitalization of A$32.31 million and has approximately 1.08 billion outstanding shares.

Syrah Resources Limited (ASX: SYR) is an Australia based industrial minerals and technology company, which owns Balama Graphite Project. The company is also engaged in the development of the project, which is situated in Mozambique.

On 19 June 2019, Syrah Resources Limited announced the completion of a convertible note deed as well as an underwritten entitlement offer to secure ~A$111.6 million in capital. The components of the capital raising are:

The funds raised would give the company additional liquidity and greater flexibility to design the production ramp-up of the project in line with the worldwide demand for natural graphite. Thus, it would help the company in price negotiations. The company plans to direct a part of the capital raising towards progressing the qualification of its Battery Anode Material (BAM) along with its market foray and commercialisation process. 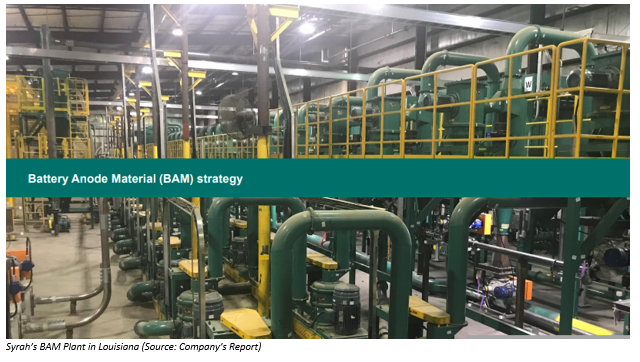 The production ramp-up at the Balama Graphite Project of the company is under progress and approaching the production volume required to achieve a positive operating cash flow. The company feels that increasing production at a faster rate in the short term to target market penetration is unlikely to be ideal for pricing results. The production in CY2019 is expected to be in the range of 205kt-245kt, which rely on production volume and quality performance, in addition to the assessment of optimal sales volume against demand and price. Based on these factors, the board decided that it would be suitable for SYR to raise extra capital funds. 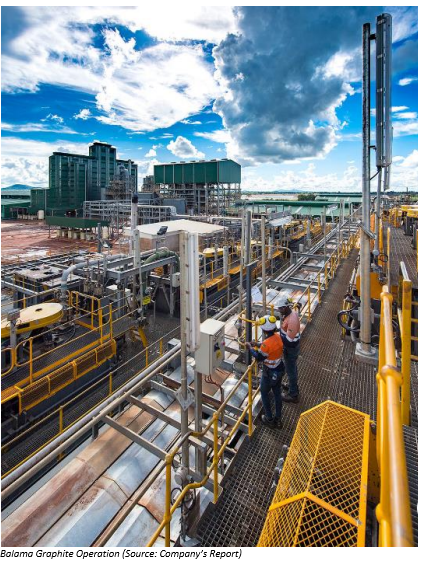 The shares of SYR traded last on 18 June 2019 at A$0.985. From 19 June 2019, the company’s shares are under a trading halt awaiting an announcement from the company regarding the outcome of the institutional element of the entitlement offer. The stock will start trading normally either on 21 June 2019 or immediately after the company makes the required announcement, whichever is the earliest. SYR holds a market capitalization of A$339.31 million and has approximately 344.48 million outstanding shares.

Jindalee Resources Limited (ASX: JRL) is a public company, focusing on wealth creation for stakeholders through the discovery of superlative mineral deposits. It has both direct as well as indirect gold, base and strategic metals, iron ore, uranium as well as magnesite exposure through projects that are generated by its technical team. 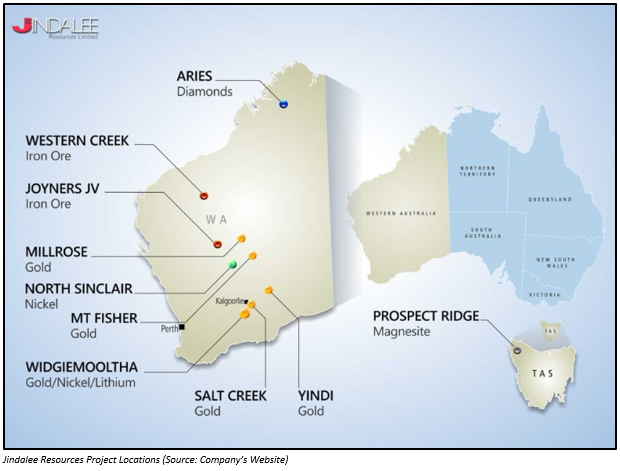 On 19 June 2019, the company provided an update on its McDermitt US lithium project. All the necessary approvals to commence the drilling program are in place, and the contractors have also been engaged. The 2019 drilling program of the company is planned to start in the 2nd week of July 2019. 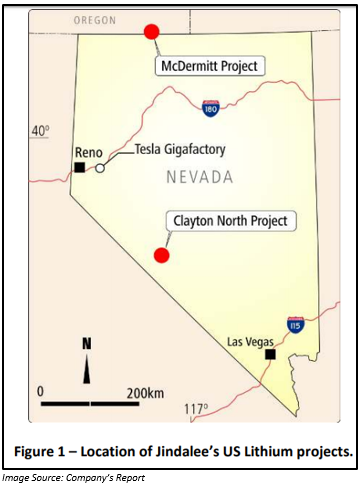 The assessment from the drilling program is anticipated to be received from late August 2019.

The company has initiated partnerships with the University of Nevada, Reno as well as the Chemical Engineering Department of Michigan Technical University to support the company in technical and other facets of the program.

This is in addition to JRL’s ongoing metallurgical test work at Hazen Research’s Colorado laboratory. A range of metallurgical tests is under process at the US laboratory Hazen Research, using the samples from the 2018 drill program. All tests were performed under atmospheric pressure conditions. The recent results from the regular H2SO4 leaching under a range of temperature, viscous density followed by time settings showed positive results. 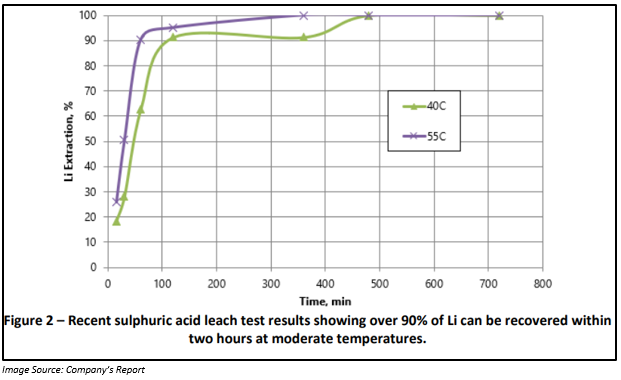 At the end of the trading session on 20 June 2019, the price of the shares of JRL was A$0.400, down by 6.977% as compared to its previous closing price. JRL holds a market capitalization of A$15.05 million and has approximately 34.99 million outstanding shares.