Ramelius Trading Halt Lifted; Greenfinch Project Not Out Of Woods Yet

In an announcement today, the company indicated towards a further delay in the approval process of the Greenfinch project, adjacent to the operational Edna May Gold Mine, Western Australia.

As per the company, the assessed Clearing Permit application required clearing of vegetation over the estimated area of 48.8 hectares and included a proposal of re-vegetation of freehold farmland purchased by the company. The purchased freehold land is nearby to the Greenfinch open pit. 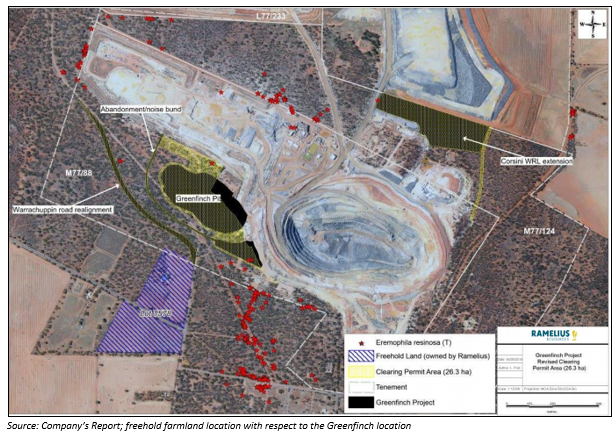 However, during the assessment of the Clearing Permit application the Department of Mines, Industry Regulation and Safety observed that the application made by the company is in serious variance with one of the ten clearing principles coupled with three other variances.

The primary variance mentioned by the company was related to the removal of Eremophila resinosa plant, a listed threatened flora. 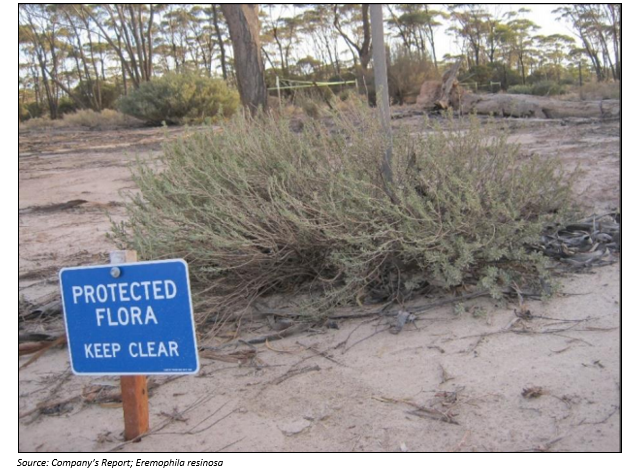 During the Appeals process, the company provided a revised clearing area plan, which reduced the estimated clearing land from 48.8 hectares to 26.3 hectares, and despite the reduction in the clearing area requirement, the DMIRS considered the original application of 48.8 hectares consideration. However, Environmental Minister agreed with the recommendation report, which was based on feedback, and notified the company on 13th May 2019.

The Environmental Minister also upheld and ratified the views of the Department of Mines, Industry Regulation and Safety and the 26.3 hectares revised proposal was acknowledged. However, the proposal was not assessed amid the expectation of revised application submission.

After considering the ins and outs related to the project, the company estimated that the approval of the Greenfinch project could be delayed further, and as per the company’s expectation, it will be extended up to six months.

As a result of an estimated delay, the company decided to utilize the available time in other work, which includes the current life-of-mine planning that is underway.

The current Managing Director of the company, Mark Zeptner, expressed his disappointment over the delay in the Greenfinch Development Project. Mr Mark Zeptner mentioned that calling for a submission of a revised proposal and not assessing it, would only add to a further delay to the process, which is going on from the past 18 months.

As per Mr Zeptner, the Greenfinch’s operation ounces contribution as compared to the overall production of the group is quite small. However, the presence of an open pit near the company’s Edna May Gold Mine could have contributed meaningfully to the business and employment in the area of Westonia.