Cyber attacks can result in a major damage to businesses, hitting not only their brand image, but also resulting in substantial financial loss and legal consequences. In this information-driven age, businesses need to keep themselves updated to avoid being a victim of data breach.

LandMark White Limited, an ASX listed company operating in the real estate sector, has been hit by two major data breaches in February 2019 and June 2019, resulting in the leak of customer data, a major blow to the business. The company had to incur significant response and remediation costs due to the incidents. Moreover, according to the company, it registered $ 15.1 million in loss for the year to 30 June, compared with $ 4.1 million in profit during the same period a year ago.

Let us read about the company, measures taken in the aftermath of these incidents and plans under its optimisation strategy. 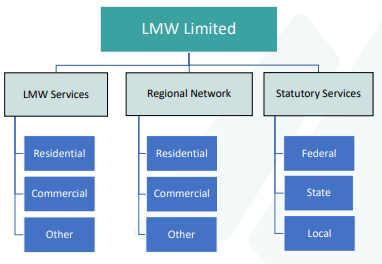 LMW recently announced plans to raise up to $ 5.45 million in a partially and conditionally underwritten pro-rata non-renounceable entitlement offer. As part of the offer, the company will issue four fully paid ordinary shares for every five shares held by eligible shareholders as on 24 July 2019 at an issue price of $ 0.08 per share. The offer price represents a discount of 56 per cent to the last traded price of $ 0.18 of LMW stock on ASX and a discount of 84 per cent to the stockâs 52-week average of $ 0.48.

Shares not taken up under the offer will form part of the separate public shortfall offer to eligible shareholders and investors at a price of $ 8 cents each share, which will remain open for a maximum of 3 months after the entitlement offerâs closing date. The company has appointed Enrizen Capital as the lead manager.

The offer, announced to the market on 19 July 2019, is aimed at raising equity to fund a business restructuring plan including business optimisation and delivery of operational and earnings based improvements. With the completion of capital raising, the company is expecting the ASX suspension to get lifted and restart trading, probably in the first week of August 2019. Its securities were suspended from quotation on 7 June 2019 under Listing Rule 17.2.

Complete breakup of the use of proceeds is demonstrated in the figure below:

The companyâs immediate priority is to realise cost and earnings-based synergies between its business units. It expects employee and office expenses, infrastructure costs and structure simplification to result in annualised cost savings within the next six months.

Some of the other current company initiatives are boosting insurance valuations, recapturing revenues sub-contracted from statutory valuations, and enhancing regional capabilities and boosting presence in key market geographies. Moreover, the company is focusing on consolidating ownership of and growing its business in Western Australia.

In February 2019, the company reported a cyber security incident, resulting in the disclosure of dataset limited to property valuation, in addition to some personal contact details of borrowers, lenders, homeowners, residents, and property agents.

The June data breach was less confidential in nature, as short form valuations in PDF format were posted on SCRIBD, a website. The disclosed documents did not contain details related to bank accounts or identities. However, due to the incident, Commonwealth Bank of Australia (ASX: CBA) and Australia and New Zealand Banking Group Limited (ASX: ANZ) suspended the company as a valuer for home loan applications

The two cyber incidents disrupted the companyâs normal operations, resulting in the suspension of workflows related to mortgage-based valuation services from several of its financial institution clients.

These data breaches lead to a $ 6 - $ 7 million reduction in revenues and a corresponding reduction in profits for LMW, as several customers suspended the use of the company services. Insurance covered a very small part of the losses incurred by LMW.

As a result, the company engaged a team of consultants specialised in IT security to design and implement an enhanced security environment, aimed at achieving satisfactory security for the company and its clients, as well as mitigating any cyber incidents in the future.

LandMark White Limited intends to have its IT infrastructure in line with world class standards, owing to which, the company has implemented security upgrades to its IT platforms, hardware and software. It adopted mandatory 2-factor authorisation for all systems, software tracking for every LMW file with real time monitoring/alerting, and blocked access to data from an external and non-LMW domain. Moreover, encryption of all soft documents of the company is nearing completion.

As part of simplifying the companyâs working structure, the company dissolved commercial franchise agreements in Sydney and Queensland. These unworkable franchise businesses had historically provided a structural cap to its development in commercial markets.

Now, LandMark will focus on advancing a commercial valuations presence, boosting direct revenues and setting up a profitable business unit. As part of its business alignment strategy, the company will boost ownership in its Western Australia business from 25 per cent to 42.2 per cent. Moreover, it also has a call option to boost its ownership in the WA business within the next five years.

To date, one major bank, Commonwealth Bank of Australia, and several other smaller financial institutions have returned as clients to the company. Moreover, LandMark White is moving ahead with reinstating two other major clients. The restart of business flow to the services unit, in addition to instructions during the period of disruption from its valuers including financial institutions and federal, state and local government, highlights the companyâs strength in these areas.

As the company is reinstating its business, working on raising funds for business optimisation and taking measures to ensure a secure IT environment, it expects to return to profitable trading from the second quarter in the financial year 2020.