Peako Limited (ASX: PKO) is an Australia registered company. It is engaged into exploration and production of oil and gas and uranium. It is primarily focused on exploring high-grade copper deposits at its East Kimberley tenements.

The principal activities of the group continued to be the direct and indirect equity investments done with a purpose to advance the exploration and development of natural resources. On 30th May 2019, the company, by release, updated the market that it has applied for additional ground near its existing tenements in the underexplored belt-scale East Kimberley copper province. The new application will lead to an increase in Peako’s East Kimberley tenement package to circa 1,200 sq. kms. 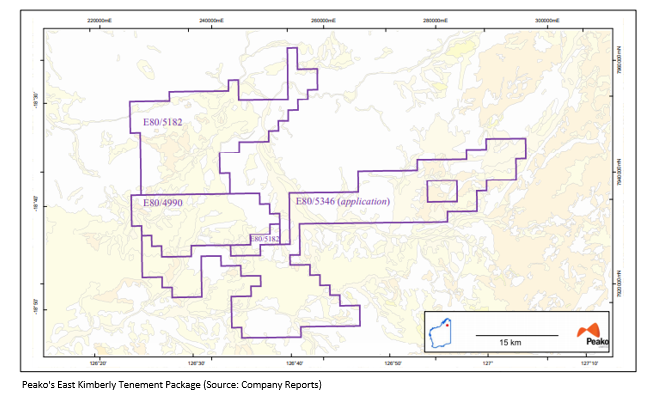 PKO communicated that its East Kimberley copper exploration strategy focuses on volcanic-hosted massive sulphide deposits so that it can leverage from the impending global copper supply shortfall. Systematic exploration throughout most of Australia’s Proterozic provinces has resulted in a discovery of significant copper resources. The company is initially focused on its advanced Eastman and Landrigan VHMS prospects, which was recognised by the previous explorers based on outcropping mineralisation. As per the release, PKO stated that modern geophysical methods presented new potential and conducted an Induced Polarisation survey program, which consists of Gradient Array IP (GAIP) and Dipole-Dipole IP (DDIP) at each prospect. The IP surveys successfully spotted the known mineralisation at each prospect, thus validating the induced polarisation (IP) method. 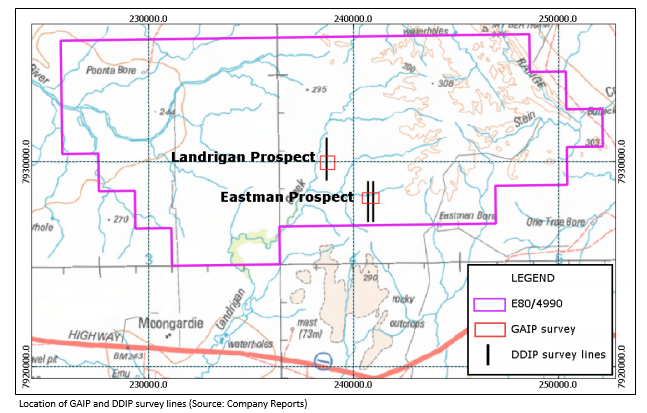 Turning to the other updates. In the release dated 23rd May 2019, the company reported that it had been granted a $150,000 Western Australian Government Exploration Incentive Scheme for co-funding its exploration drilling, which is located at East Kimberley Copper Project. This grant is a contribution to 50% of drilling costs. The company’s planned drilling program will test compelling geophysical targets, which have been identified by its recent induced polarisation survey at the Eastman and Landrigan VHMS prospects.

Additionally, the company commissioned an Induced Polarisation survey program on its Eastman prospect, where there is known Cu-Zn mineralisation and Landrigran prospect, which was defined by historic drill hole intersections, which includes:

In the release, the company also highlighted that drill holes have been designed to test these targets at both prospect areas. The company obtained work approval for the planned drill holes from DMIRS.

In the quarterly update, the company announced the appointment of Dr Darryl Clark as an Independent Non-Executive Director. Dr Clark has extensive experience in technical exploration at the highest levels. In addition, he also has experience in strategy and portfolio development. The nominee of Dr Clark has been granted 1,000,000 options exercisable at $0.05, which will expire on 20th March 2021. PKO updated investors about the resignation of Director, Peter Armitage.

PKO aims to conduct a pro-rata entitlement offer to shareholders during Q2/Q3 calendar quarter of 2019, so that it can fund its planned drilling program at the Eastman tenement.