NRW Holdings Limited (ASX: NWH) is a company that forms a part of the industrial sector and is a leading provider of diversified services to the sectors such as energy, mining, urban development as well as civil infrastructure.

On 3rd April 2019, the company announced that a Letter of Direction from Coronado Curragh Pty Ltd has been received by the 100% owned subsidiary of NWH, Golding Contractors Pty Ltd. The purpose of the Letter of Direction is to increase the mining plant at the Curragh Main Mine by introducing a fourth fleet to the existing mining operations.

With this contract, around ~$50 million was added to the company’s existing contract, with $230 million of indicative value over the remaining period to completion in September 2021.

Further, on the same day, RCR Mining Technologies (RCRMT), company’s subsidiary has been awarded a contract to supply equipment to clients in WA. 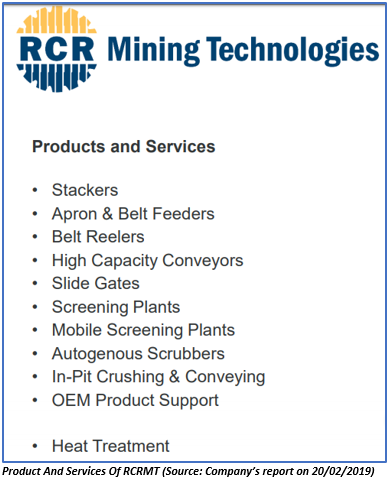 During the period, the company acquired RCR Mining Technologies for $10 million, which was funded through cash. The company also secured new civil contracts for all three major WA iron ore projects.