However, funding is subject to finalisation of definitive documentation and financial close. Refinancing of A$300 million senior debt facilities aim at a new maturity date of 30 September 2022 with improved pricing and flexibility. Furthermore, a deeper banking syndicate with a superior set of financial covenants would be the added advantage to the facility.

NXT has not currently drawn any funds from the existing Senior Debt Facilities. NAB acted as the Mandated Lead Arranger and Bookrunner for the funding. The refinancing is expected to be achieved by the end of May 2019. Additionally, the demand from existing and new banks exceeded the company’s expectation resulting in substantial scale back.

Following the enquiries from investor and escalated demand, NEXTDC mandated NAB to arrange an extension to Notes IV through the issue of Notes IV-2. The volume and pricing terms will reportedly be determined in early June 2019. The announcement also reported that any new debt funds would be utilised to strengthen the balance sheet of the company with the expected deployment across pipeline in coming years.

The tech company has A$600 million of senior unsecured medium-term notes which are currently issued:

Revenues were up by 17% to A$90.8 million from A$77.5 million in the previous corresponding period. However, the company reported a statutory net loss after tax of A$3.1 million for the period 1HYFY19. NXT also completed one takeover during the period 1HY FY19 with expected synergies of $15 million in savings on rent annually. The company expects its FY19 revenue to be within the range of $180 million to $184 million. 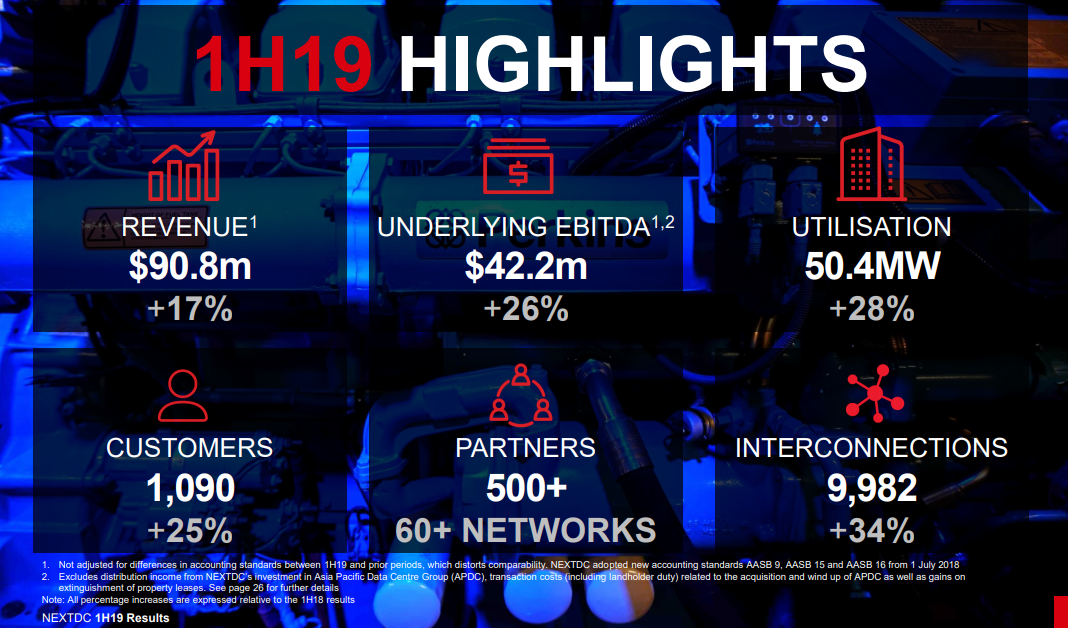