Today, on 30th May 2019, Navarre Minerals Limited (ASX: NML) announced that it has commenced its second phase of drilling at St Arnaud Gold Project (100% owned by NML), which is 250-kilometre northwest of Melbourne in Victoria, Australia. The drill testing program comprises a shallow 12 hole with one kilometre of air-core (AC) drilling, for high-grade gold (and silver) potential zone occurring around the interception of an east-west trending quartz reef structure with a northwest-trending quartz reef within the St Arnaud East prospect.

In addition, Navarre recently completed geological mapping and first-pass AC drilling, with a high potential for mineralised targets at St Arnaud and encouraging gold assays of up to 8.6 g/t and silver assays of up to 81 g/t, were returned from the AC drill testing by the company.

Geoff McDermott, NMLâs Managing Director, stated that the Board is excited to drill at St Arnaud, which shows good potential for the high-grade structural target with similar geometry to Fostervilleâs Swan-Eagle zone. NML look forward to the outcome in this phase of drilling, and also towards the resumption of drilling at its Stawell Corridor Gold Project, following up on its recent geophysical surveys. 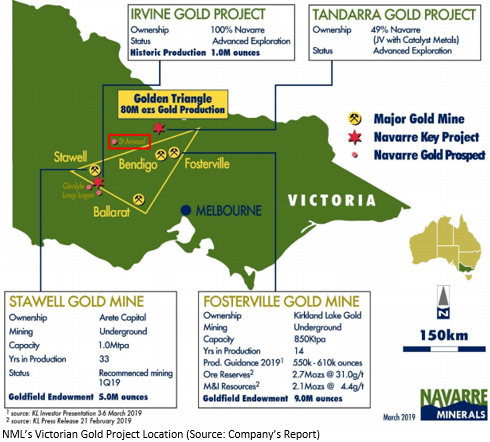 The first discovery of Alluvial gold at St Arnaud happened in 1855, and by 1860, 47 hard rock mines were into operation. Later on, from the year 1855 to 1916, close to 0.4 Mn ozs of gold were produced at a recovered grade of over 15 grams per tonne of gold from the hard rock mines. Goldfield at St Arnaud comprises several reefs, which were worked to the edge of the Murray Basin cover, known as the West Field, New Bendigo, Nelson, Little Boulder, and East Field. 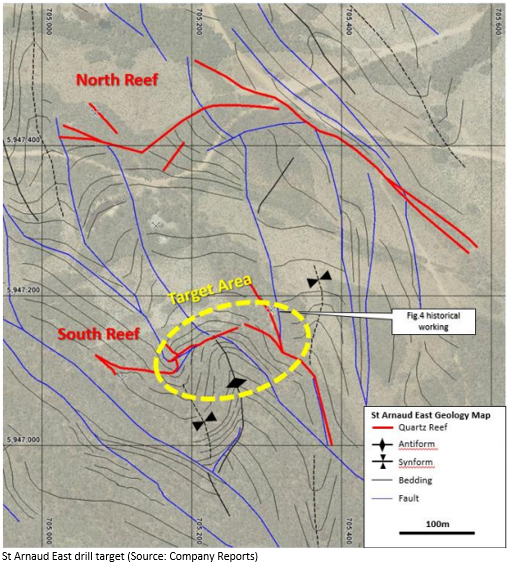 In the previous update, NML announced the change in the directorâs interest, where Colin Naylor acquired 266,667 ordinary shares and 1,650,000 unlisted options, taking the final holdings to 5,814,562 ordinary fully paid shares and 2,400,000 unlisted options. In another update, NML reported net cash from operating activities for March 2019 quarter of negative $788,000, majorly due to the exploration and evaluation expenses, which includes staff costs allocated to the exploration of $689,000 for the quarter. The net cash and cash equivalents at the beginning of the March quarter were at $2,618,000. The company reported net cash and cash equivalents at the end of the quarter $1,845,000.