Australian gold and base metal exploration company, Musgrave Minerals Limited (ASX: MGV) continues to focus on the flagship Cue Project, located in the well-endowed and gold-producing Murchison region of Western Australia, with the main objective to significantly grow its gold resources through extensional and greenfield exploration drilling.

In March 2019, Musgrave struck a deal with a wholly-owned subsidiary of Cyprium Metals Limited (ASX: CYM), pursuant to which, an option has been granted by Musgrave to earn-in and joint venture for an 80 per cent interest in the non-gold rights over the tenements at the Cue Copper Project.

Consequently, in the past few months, Cyprium Metals conducted significant exploration work at the project that has revealed encouraging findings.

On 4 November 2019, CYM released a progress report wherein it revealed the results from recently conducted regional field mapping and surface sampling programme at the Cue Project’s Eelya South prospect, that witnessed minimal drilling activities earlier. The Eelya South prospect is situated ~ 5 km to the south of Hollandaire copper mineralisation. The aim of the regional programme at the Cue Copper is to increase CYM’s copper resource base.

The RC drilling programme will be conducted in three phases, each dependent on the mineralisation results from the preceding phase. Cyprium Metals is eyeing Programme of Works application approval from the Department of Mines, Industry Regulation and Safety in November, following which the drilling will commence at Eelya South. 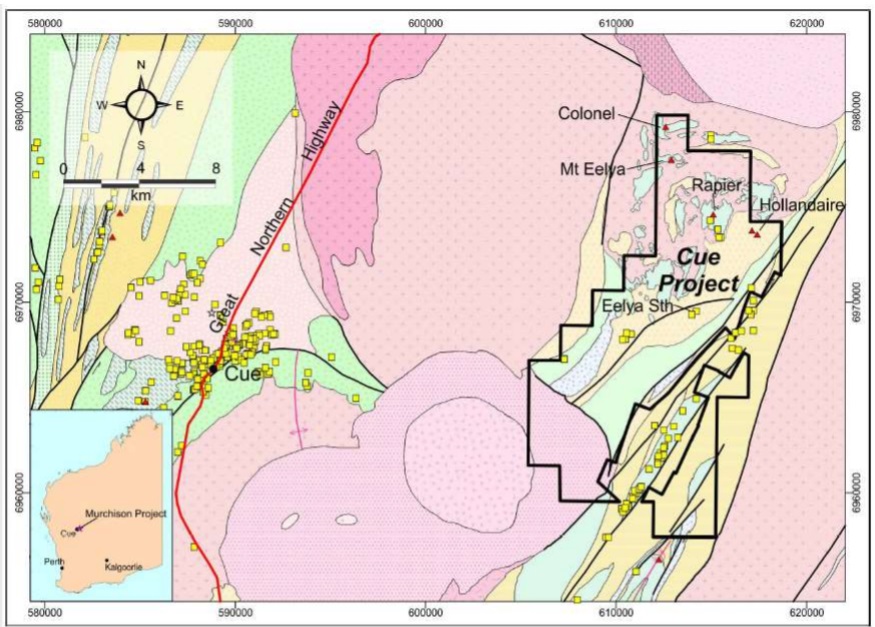 In mid-November 2019, an RC drill rig will be mobilised to site which will undertake:

Progressing on its objective to grow its gold resources, Musgrave recently recommenced drilling at Mainland to follow-up previous high-grade gold drilling results and surface rock chip assays. Following the completion of the Mainland program, additional RC drilling is planned for Break of Day and Lena deposits.

It is to be noted that, Lena, Break of Day and Mainland are all 100 per cent owned by Musgrave and are excluded from the recently announced Lake Austin Earn-in and Exploration JV with Evolution Mining Ltd.