A well-known gold exploration and development firm of Australia, Middle Island Resources Limited (ASX: MDI) has recently identified a new project, the Barkly Copper-Gold Super-Project in Northern Territory (NT). With this, the company has secured first-mover advantage within the newly identified and highly prospective iron oxide-copper-gold (IOCG)-prospective, East Tennant area, which extends across the Barkly Tableland between Tennant Creek and Mount Isa.

The company applied for 10 exploration licences, spanning a total area of 3,912 sq. km within the East Tennant region of the NT. These 10 tenement applications semi-continuously extend for more than 350km from Tennant Creek across the Barkly Tableland towards the Queensland border, and reflect the company’s maiden entry into one of the strongly mineralised copper-gold provinces of NT.

Out of these 10 licenses, six applications spanning about 1,890 sq. km have been accepted and the rest four covering a further 2,022 sq. km are currently the topic of partly or wholly competing applications lodged by numerous companies, whose outcome will be evaluated on the technical merit of planned exploration programs in each case.

Middle Island’s strategy and selection rationale are validated by the fact that several of its tenement applications in the Barkly (East Tennant) area partially coincide with competing applications by Newcrest Mining Limited (ASX: NCM) and others, and Rio Tinto Limited (ASX: RIO) in the more immediate Tennant Creek area.

The Barkly tenement applications are focussed on an interpreted eastward extension of the economically prospective Warramunga Formation under shallow Georgina Basin cover, referred to as the East Tennant Ridge.

The East Tennant Ridge is of particular significance in that, aside from phosphate exploration within the overlying Georgina Basin, prior exploration activity within the Proterozoic basement rocks is very limited or non-existent.

Moreover, the East Tennant Province has been the focus of multiple comprehensive on-going and completed pre-competitive studies by Northern Territory Geological Survey (NTGS) and Geoscience Australia (GA) in recent years, and is swiftly gaining attention as a priority, yet mostly unexplored, IOCG mineral province.

There has been a significant growth in the interest in East Tennant area since it was chosen as one of the focus areas for the EFTF program focusing on northern Australia. The four-year EFTF program is an initiative worth $100.5 million of the Australian Government committed to boosting investment in mineral exploration in the country. 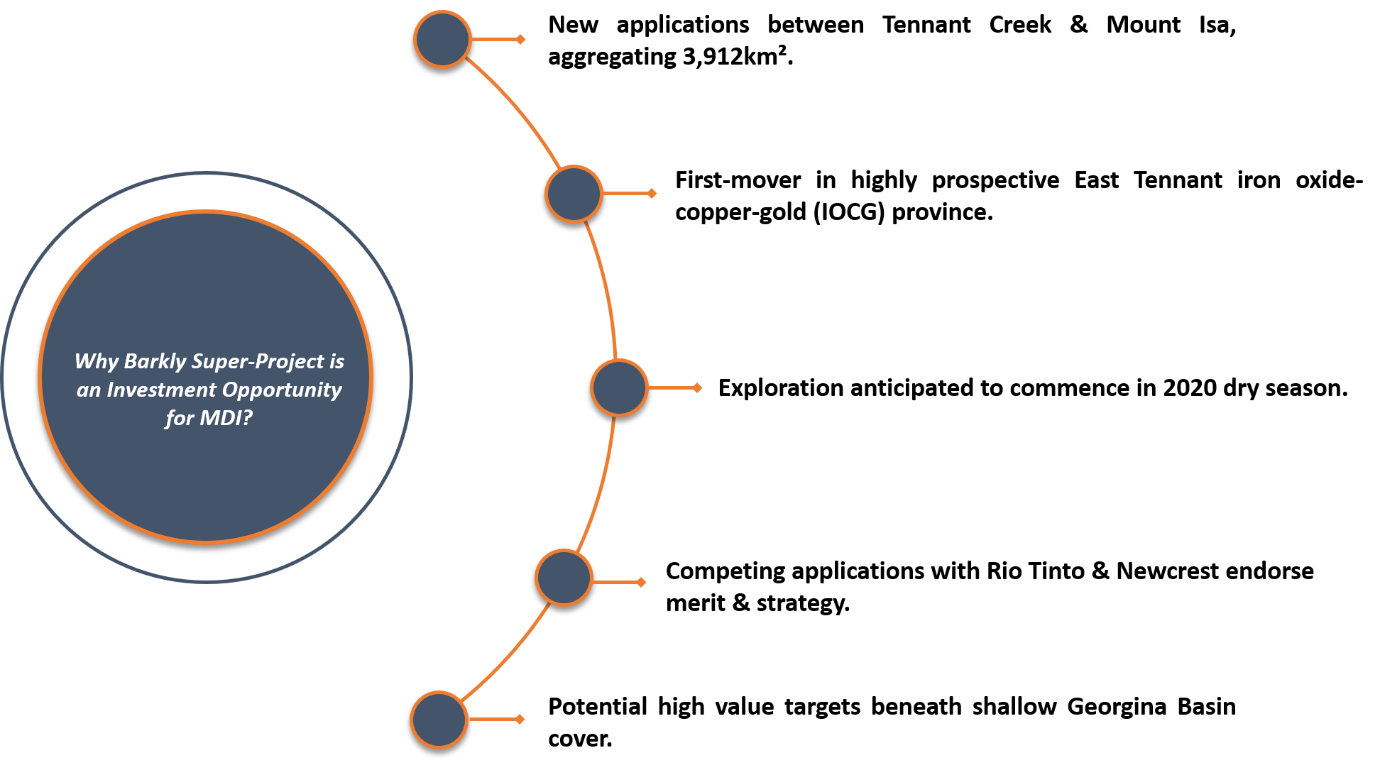 Initially, the company intends to focus on the modelling of exploration targets, capturing any outstanding open file and pre-competitive data and the planning of high-resolution geophysical surveys to enhance modelled targets in preparation for drill testing.

The company will look to drill in its own right where targets are modelled to lie beneath shallow sedimentary cover. However, it will contemplate introducing a joint venture partner with a robust balance sheet, consistent with an ‘incubator’ exploration strategy, where modelled targets are interpreted to lie at greater depth.

The company has planned the commencement of exploration during the 2020 dry season, after all the regulatory approvals will be addressed. 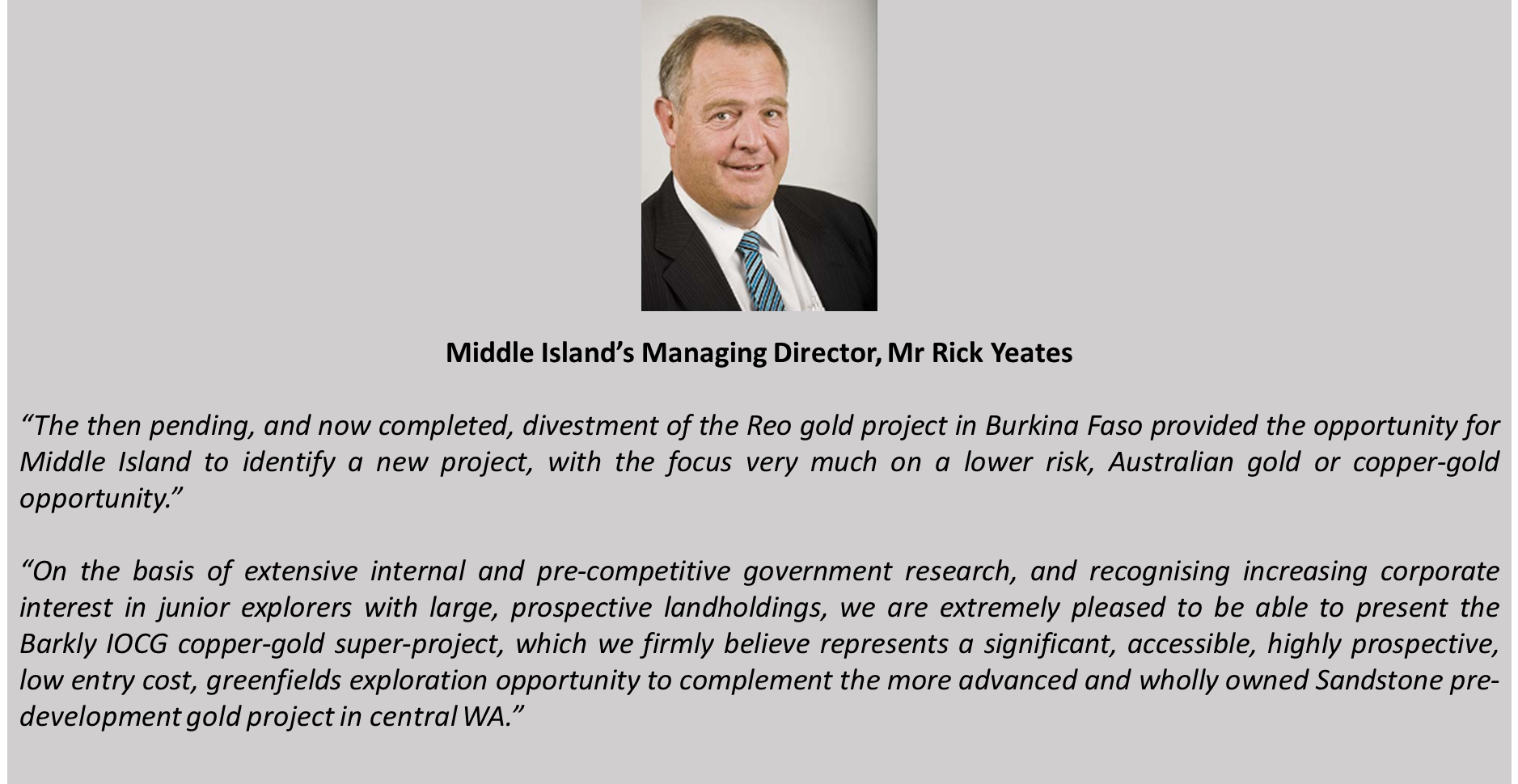