In a previous update, Challenger Limited ceased to be the substantial holder of the company effective from 15th April 2019.

The company’s net operating cash flow decreased by 6% to $138.0 million as compared to the previous corresponding period. The Board of Directors declared a fully franked (100%) interim dividend of 8.0 cents per share with a record date on 25th February 2019, and payment date on 9th April 2019. The interim dividend is 14% higher compared to the previous corresponding period. The dividend reinvestment plan (DRP) was available for interested and eligible shareholders at a 1.5% discount. 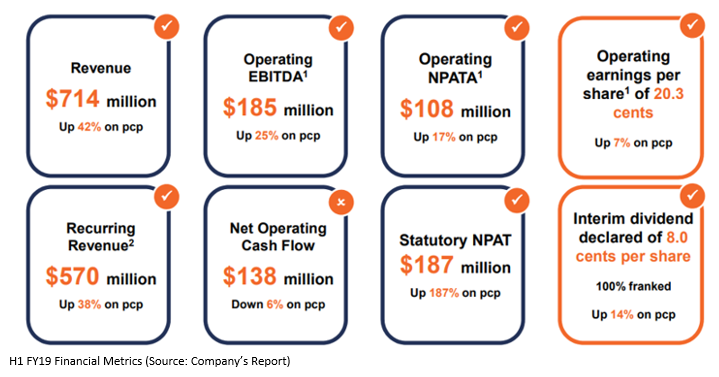 The Link Group is well represented at many European jurisdictions, including over 700 people in Dublin. It is expected that Brexit will render both opportunities and challenges to the group at the same time. The property exchange of Australia provides the group with a strong operational presence in the adjacent property industry. The sale of the majority stake in Corporate and Private Client Solutions business will encourage the group to focus on its existing businesses and core competencies.