Nickel prices are now under pressure after soaring in the international market over the high demand forecast for lithium-nickel based batteries and stainless steel, apart from that the Indonesia export ban also played a significant role in galloping nickel prices to reach USD 18,842.50 (high in September 2019), which almost took prices to its previous five-year high of USD 21,602.00 (high in May 2014).

However, nickel prices are under pressure in the market as the current supply is outweighing the consumption. China, which is the primary consumer for nickel amid its high stainless-steel manufacturing ability, is currently entering the New Year Holiday season, which along with reason related to supply, exerted some pressure on nickel prices.

The refined nickel inventory in China witnessed a week-on-week surge amid opaque demand and higher supply. As per some data vendors in China, over 18,300 metric tonnes of pure nickel across the Shanghai-bonded area, which remained ~2.2 per cent up against the previous week inventory (as on 17 January 2020).

Nickel prices are currently under a short-term pressure as global mining companies start filling for the supply shortage due to Indonesia export ban, and while the mining for nickel has made their way to every halted prospect over a major rally, the demand is presently slightly off over slower global activities and holiday seasons in China.

Despite a short-term correction, nickel is on a bull run since February 2016 amidst the supply shortage fears. Many industry experts anticipate that the world’s nickel demand could soon surpass the global production chain, which in turn, is keeping nickel prices well ballooned from its February 2016 low of USD 7,550.00.

World steel production cooled-off in late 2019 due to weak demand in the wake of U.S-China bilateral trade dispute, which marked a slowdown in infrastructure and development activities in China.

Chinese steel mills, which relatively enjoyed the high-profit margins during the September 2019 quarter over the higher steel consumption and surging prices in China, remained under pressure amid a drop in steel prices and, in tandem, the profit margin. 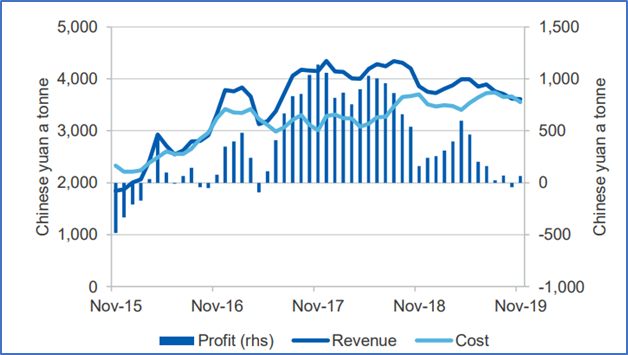 The DIIS estimates that global steel production would remain in line with global consumption. However, global production is still anticipated to witness a slight growth, which could boost the nickel prices if the supply shortage forecast from industry experts come into play. 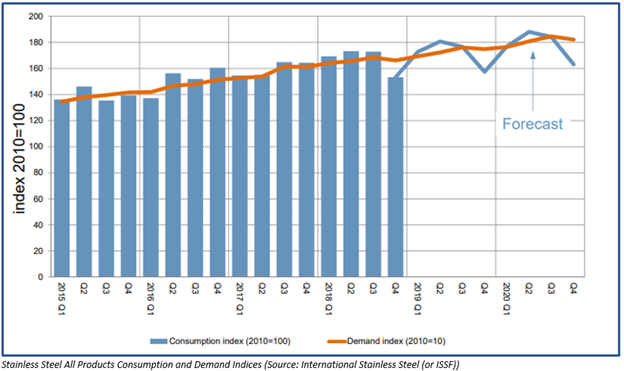 While nickel prices may be retracing its primary rally, but ASX nickel mining companies are gushing high to shatter multi-year records. Market participants currently seem to be bullish over the future outlook, which is also expected to address the supply issues related to palladium, which is a by-product of nickel mining and is currently trading at a record high.

CTM gained the rating of the deepest value and highest potential nickel developer by a leading broking firm, and the company is not lagging behind in maintaining the status.

The new diamond drill results received by CTM further confirm and extend the high?grade nickel sulphide mineralisation, which was previously drilled by the Brazilian iron ore giant- Vale. The mineralisation and its high-grade results correlate strongly with the historical high?grade intersection.

Some of the most significant results of the drilling are as below:

The company has currently mobilised three rigs, which is working at a double shift, and presently focused on Jaguar South and Onça?Preta Deposits, and CTM would start commencing drilling over other deposits in the coming weeks ahead.

IGO is an ASX-listed nickel miner engaged in the development of high quality, longer life and larger scale nickel and gold prospects. The operational portfolio of the company includes Nova and Tropicana, along with many other regional exploration and development projects and Joint Ventures.

IGO recently moved to acquire the Panoramic Resources Limited (ASX:PAN); however, the offer period lapsed on 17 January 2020 as a number of defeating conditions to the Offer was not waived. 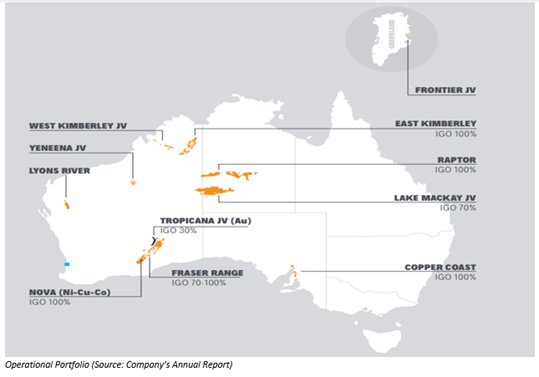 The wholly-owned nickel, copper, and cobalt prospect of the company is in the Fraser Range, Western Australia and contains an underground contract mining along with an owner-operated processing plant.

The Nova project demonstrated steady-state production over the nameplate with a throughput of 1.5 million tonnes per annum.