Operator and provider of international and domestic air transport services and associated support activities, Qantas Airways Limited (ASX: QAN) is in the legal soup, as the Australian Council of Trade Unions (ACTU), is initiating a legal action, on behalf of seven unions who represented the companyâs staff. The issue lodged relates to QANâs bonus scheme, amounting to $2000 in cash to full-timers and $1500 to part-time employees, along with a $500 staff travel credit to both parties, which was announced in August 2018 after the company had hit a record profit of $1.6 billion.

The reason behind the legal allegation:

The main cause of the legal allegation is the companyâs decision to cancel the committed bonus for all non-management staff, unless it agrees to sign a new company-endorsed employment agreement, which a few QAN staffs believe is a matter to materialize, a couple of years later. As per the company, employees leaving the organisation, before signing the new agreement would not be granted the bonus.

What triggered the rage and concluded as a legal notice was the incident where the companyâs management staff members, who were not employed on an enterprise agreement were provided with the bonus, in cash. This led to a direct discriminative move of the company, as per the ACTU who would take the matter ahead to support the enraged staff members, have been feeling pressurized to accept the subpar wages and agreements. The union members of the company consider this to be highly discourteous.

Interestingly and apt to this situation, it was highlighted that the company has had a history of freezing promised payments and making staff reductions. The last three bonuses have kept employees waiting, and there are cases wherein the employees have received past bonuses in recent times.

One of the involved personnel from the ACTU stated that the company was using its bonus reward as leverage and not a recognition.

In its trading update for Q319 released on 9 May 2019, the company stated that its Q3 revenue was$4.4 billion, up by 2.3 per cent on pcp, combating the higher fuel costs compared with 2018 and despite the adverse impact of a shift in the timing of Easter. The holiday drift is a sign that a chunk of the companyâs profit would possibly be generated in Q4 2019.

Besides this, the company had made an agreement with the Melbourne Airport for the sale of QANâs domestic terminal, which includes a 10-year access agreement for Terminal 1 along with asset transfer to the Melbourne airport. The company would have this access for an amount consideration of $355 million.

The company presented its results for the first half of FY2019 in Sydney in February this year. It had delivered an underlying PBT of $780 million. QANâs profit (statutory) was recorded at $735 million. The increased fuel prices caused the underlying profit to slip downwards by $179 million as the companyâs bill witnessed a rise of $416 million in fuel. However, the Group unit revenue performance was up by approximately 6 per cent.

On the day of writing, 24 June 2019, the companyâs stock last traded at A$5.360, down by 0.924 per cent with approximately 2.76 million shares traded. The companyâs YTD return has been a negative 6.08 per cent, and it has delivered negative returns of 0.55 per cent and 4.08 per cent in the last three and six months, respectively.

Let us look now at another Airline stock, Webjet Limited (ASX: WEB), and understand the recent activities and updates that the company has provided:

A market leader in the OTA (online travel agency) services, Webjet Limited (ASX: WEB), was established in the late 1990s and got listed on ASX in 1997. The companyâs registered office is in Melbourne and leads the OTA in both Australia and New Zealand region, offering virtual travel technology and tools. The company is regarded to be the innovator of the worldâs first ever Travel Services Aggregator technology and leads the blockchain innovation, as well.

On 19 June 2019, the company announced a new substantial holder on board- Challenger Limited (ASX: CGF) and its associated entities, effective 17 June 2019 with a voting power of 5.04 per cent in the company.

The company conducted an Investor session at the Ord Minnett in Melbourne on 18 June 2019. In the released presentation related to it, the company introduced Rezchain, a travel company which is a part of the companyâs B2B division, WebBeds. This is a crucial part in transitioning from an â8/5/3â structure to an â8/4/4â in the B2B business by 2022, with supposedly 8 per cent revenue/TTV, 4 per cent costs/TTV and 4 per cent EBITDA/TTV.

The company also introduced its in-house PCI compliance solution, Rezpayments, which improves control and causes reduction of the compliance costs. It is a safe, cloud-based PCI tokenisation service.

Rezchain was launched in 2016 and is the first ever travel company with a functioning blockchain and aids in the processing of transactions between two parties daily. The company has experts from Melbourne on board, in the form of system architects, developers and business analysts.

Rezchain aims to ease the process of conducting settlement between the travel agencies and hotel suppliers, by building a simple solution using blockchain technology, operating on a private Ethereum blockchain with the help of smart contracts. The Version 5 is applied throughout the WebBeds platforms, and the DOTW platform went live in April this year.

Looking at the second introduction of the companyâs Investor Day presentation, Rezpayments allows an entity to implement a solution that takes hold of the customerâs credit card data and then shifts it to Rezpayments to be exchanged for a token, which is eventually stored in the customerâs systems.

This adheres to the need of a PCI DSS (Payment Card Industry Data Security Standard), which relates to the usage of credit cards. For WEB, the PCI is presently part of the Webjet OTA and Online Republic businesses. The focus is to reduce the risk by isolating the business surrounding for PCI compliance testing and keeping the companyâs core systems fully free of credit card data.

The company stated that it is likely to deliver approximately $120 million EBITDA in FY19. 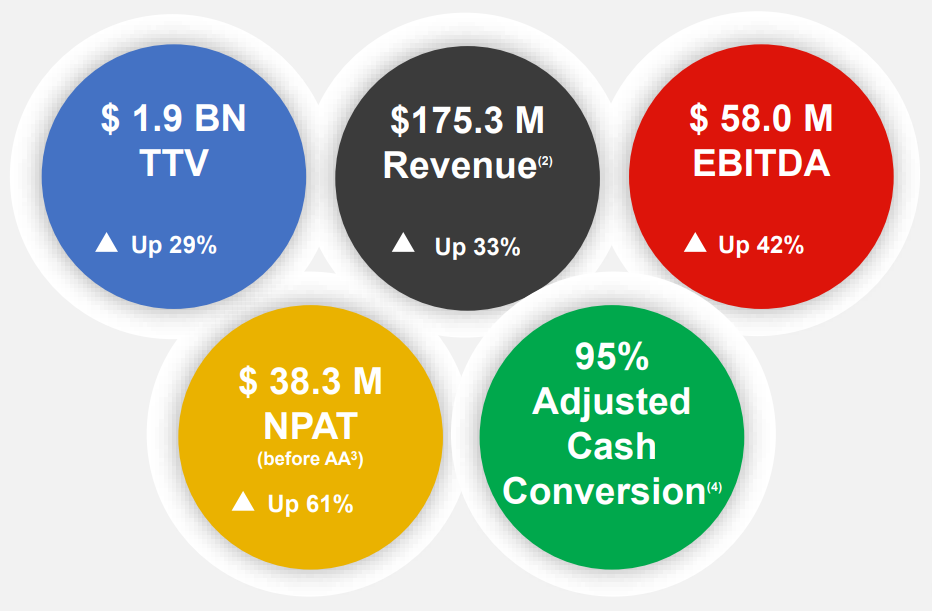 Tags:
asx web Qantas Airways Limited (ASX: QAN)
All pictures are copyright to their respective owner(s).Kalkinemedia.com does not claim ownership of any of the pictures displayed on this website unless stated otherwise. Some of the images used on this website are taken from the web and are believed to be in public domain. We have used reasonable efforts to accredit the source (public domain/CC0 status) to where it was found and indicated it below the image.