The aggressive exploration work which is currently underway at Belgravia has identified a second major porphyry intrusive complex, the Larras Lake Igneous Complex (LLIC) at the project, as announced on 3 December 2019.

This Complex lies immediately north of the Copper Hill Igneous Complex (CHIC) and is also known to be gold mineralised. It is also adjacent to the Companyâs Bella Prospect (figure 1). 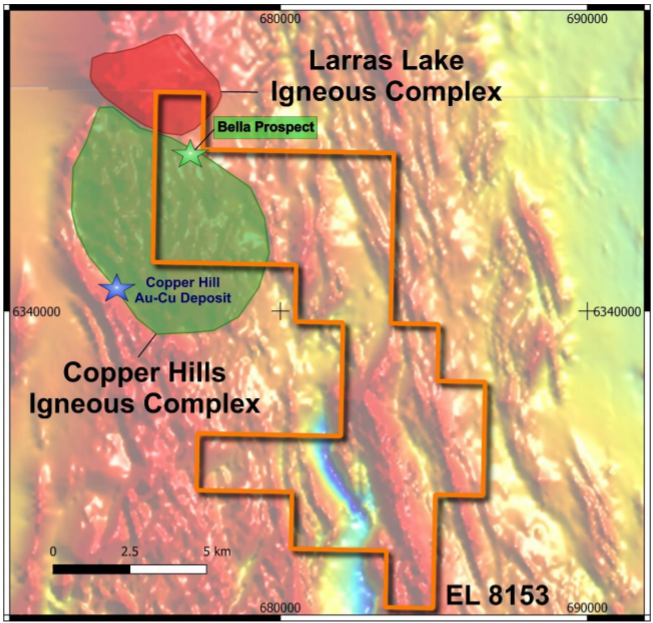 Fortunately, both the previously announced Bella prospect and the LLIC porphyry targets are included within the drone magnetics survey, which is currently underway.

In the past couple of months, the Australian exploration company, Krakatoa Resources Limited (ASX: KTA) has been steaming ahead with the exploration of its recently acquired Belgravia Project. Surrounded by majors, the company had acquired this project with great confidence in its geological setting.

The field due diligence conducted at the project has already confirmed the prospective nature of the Belgravia Project and the 6 initial targets, as announced on 9 October 2019.

Newcrest drill logs note increasing alteration at depth and in the direction of the Belgravia Project, including âhematite dustingâ and âpervasive sericiteâ, which are strongly associated with mineralisation at Cadia.

Alteration-styles and returned gold grades are interpreted as characteristic of drilling on the periphery of a more extensive mineralised system. The LLIC and The CHIC provide the company with a highly prospective area of over 15km2 for the discovery of porphyry clusters

Krakatoa is of the view that the metal tenor and distribution, and that of the alteration minerals, support the theory that Newcrest drilled the periphery of a larger mineralised system that potentially lies at depth and direction consistent with the Companyâs Belgravia Project.

Considering the prospectivity of Belgravia, and KTAâs recent move to acquire the Turon Project which is prospective for High-grade âSlate Beltâ orogenic gold and Shear-hosted gold mineralization in the same Lachlan Fold region, it can be said that KTA are working hard to create value for investors. The increasing market confidence in KTA is evident in its share price performance. In the last three months, KTA has doubled its shareholdersâ wealth, with the share price rising by 100% over the period.

KTA believes that it is loaded with leverage, as their market cap at sub $7m remains substantially lower than the majority of peers in the Lachlan Fold.