If you are an Australian initial public offering (IPO) buff, July is going to be an exciting month for you as more than 30 companies have filed a prospectus to list on the domestic stock exchange. While some big players such as PEXA Group, BlueBet Holdings and 29Metals, have already made their debut on the Australian Securities Exchange (ASX), many more are queued up to commence trading in the coming days. As many as 10 IPOs are in the queue for listing next week, and the number could rise depending on approvals.

Also Read: PEXA, BlueBet, NexGen, 4 others listed on ASX last week: How to invest in these stocks?

Here is a list of the 10 IPOs that are all set to make a debut on the ASX next week: 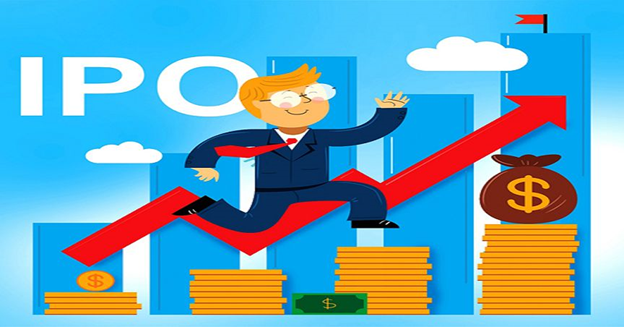 Engineering services provider Aerison Group is expected to be listed on the ASX on 12 July 2021. The multi-disciplined engineering design and construction company looks to raise AU$13.5 million at an offer price of 20 cents per share via its IPO. Founded in 1988, Aerison intends to use capital proceeds as working capital to fund future growth opportunities. Formerly known as HVAC Process Engineering, the company was bought by CEO Giuseppe Leone and Daniel Hibbs in 2016.

The mineral explorer is expected to list on the ASX on 17 July 2021 under the ticker name “BMM”. A subsidiary of Jadar Resources (ASX:JDR), the company has proposed to raises AU$6.5 million at 20 cents apiece via public listing of shares. Jadar and Balkan Mining have entered into a subscription agreement with Sandfire Resources (ASX:SFR), whereby the latter has conditionally agreed to a AU$2 million cornerstone investment in the IPO.

The biotechnology company is likely to list its shares on the domestic exchange on 16 July 2021. The breast cancer detection company expects to raise AU$8 million at 25 cents a share via its IPO. The company is expected to have a market capitalisation of AU$49.7 million at the time of listing, which implies an enterprise valuation of AU$41.7 million.

Semiprecious gemstones miner Industrial Minerals is set to make its stock market debut on 13 July 2021. The mining exploration firm has raised AU$5 million by issuing over 38 million shares at an offer price of 20 cents apiece. The miner is backed by Australian billionaire and property investor Lang Walker, who owns a 9% stake in thee firm. Also, Regal Funds Management holds a 30% shareholding in the company.

Gold miner Mt Monger Resources is expected to commence trading on the ASX on 15 July 2021. The mineral exploration and development company had received an overwhelming response for its AU$5 million IPO issued at 20 cents per share.

The real estate company is set to start trading publicly on the ASX on 15 July 2021. The Australian-based holding company, which operates a property technology business through its subsidiary, proposed to raise AU$9 million at 20 cents a share in its IPO. Founded in Perth in 2016, the company provides a proprietary cloud-based software platform for transparent negotiation and sale of residential property.

Iron ore miner Pantera Minerals is set to list on the ASX on 13 July 2021. The metals explorer and developer has filed a prospectus to raise AU$7 million at an issue price of 20 cents via IPO. In its IPO prospectus, the company highlighted that it plans to focus on the Yampi iron ore project in Western Australia and a suite of prospective mineral plays are set to follow up.

The mineral exploration company is set to commence trading on the ASX on 14 July 2021. The company expects to raise AU$5.5 million at an issue price of 20 cents via IPO. The miner intends to use capital raised to fund the acquisition and exploration of the Black Range copper-gold project, which is located along the Stavely corridor.

The mining exploration firm had lodged a prospectus to raise AU$5 million at an offer price of 20 cents through public listing of shares. The company is pegged to begin trading on the ASX on 14 July 2021. Previously known as Hughes Drilling, the company is focused on gold exploration and has a portfolio of underexplored tenements in the Cue goldfields of Western Australia.

The mineral exploration company is set to make its ASX debut on 12 July 2021 with the code name “WMG”. The company has proposed to raise AU$5.5 million via an IPO at an issue price of 20 cents. The company intends to create significant shareholder wealth by exploring and discovering high-value gold and battery metal deposits across a portfolio of highly prospective projects located in Western Australia.