Sydney-based clean energy supplier Infigen Energy (ASX:IFN) offers customised energy solutions to businesses across Australia. The Company can provide 100% renewable energy and caters to customers across manufacturing, food and beverage, construction, and telecom industries, among others. 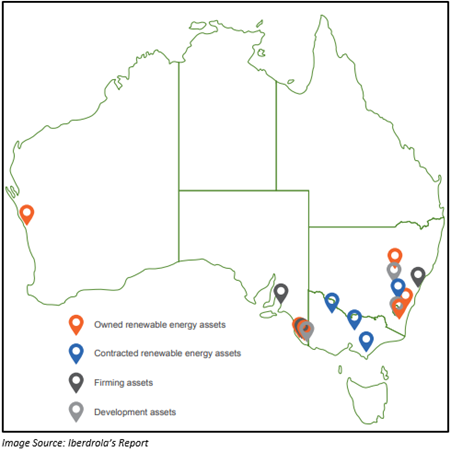 Infigen Energy has been in the limelight during June 2020 as two companies have amended their offer price to acquire 100% of IFN. In this article, we would first look at the recent Offers made by the two companies and the Company Board’s recommendation.

Infigen Energy announced today that it recommends its security holders that in the absence of a better offer, they should agree to Iberdrola Australia’s offer (A$0.89 per stapled security).

The recommendation came after careful consideration of the two offers and post the removal of specific conditions (barring the FIRB Approval and Minimum Acceptance Condition) from Iberdrola.

Let us look at the improved offers made by the two companies.

Revised Offers made my UAC and Iberdrola

UAC had declared its Offer wholly unconditional and increased its Offer Price to A$0.86 per Stapled Security. It would accelerate payment terms to T+10 Business Day, and in case there was a need due to a change in control of Infigen, UAC would obtain the provision of an unsecured loan to IFN, on arm’s length terms, to refinance its Corporate Facility.

On the other hand, Iberdrola Australia had increased its offer price to A$0.89 per stapled security. The Company had modified its conditional off-market takeover offer which it initially announced on 17 June 2020.

Let us understand the entire journey of the takeover bid and see the reason behind the Offer.

On 3 June 2020, UAC announced its intention to make an off-market takeover bid of A$0.80 per Infigen stapled security. It offered A$777 million to acquire 100% of Infigen.

The Offer made by UAC reflects 43.4% premium to the one-month volume-weighted average price (VWAP) of A$0.56 per stapled security. The Offer made was subjected to the various condition which includes approval from FIRB and specific terms about a possible change of control provisions in IFN’s debt financing deals and would not be subjected to a minimum acceptance condition.

On 19 June 2020, the takeover bid was approved by Foreign Investment Review Board (FIRB) and Commonwealth has no objection to its proposed acquisition of Infigen.

UAC’s rationale for the Offer:

Through UAC, AC Energy & UPC have plans to invest & contribute in the Australian energy sector via an investment in IFN, which has a business model that is in line with to their longer-term strategy.

On 24 June 2020, Iberdrola Renewables Australia Pty Limited release an announcement related to the takeover bid for all stapled securities of Infigen Energy Limited and Infigen Energy Trust. A copy of the Bidder statement was filed with both ASIC and ASX.

Summary of the Offer made by Iberdrola:

Iberdrola Australia offered to buy all Infigen Stapled Securities for A$0.86 cash per Infigen Stapled Security as per the terms and conditions provided in the Bidder’s Statement. Iberdrola Australia is the subsidiary company of Iberdrola, S.A., which is a Spanish business with a market cap of €65.76 billion and was incorporated in the year 1901 and is amongst the leading private electricity groups in the world concerning the market and the service provided to several users.

The conditions of the Offer include:

The expected date of the payment of Infigen Securityholders who accept the Offer in case the Offer becomes or is declared unconditional would be earlier of:

Iberdrola’s rationale for the Offer:

Iberdrola Australia decided to make this Offer because of the long and friendly relationship between the Iberdrola Group and Infigen. It also considered that the acquisition of Infigen’s portfolio of assets is in line with Iberdrola Group’s aim to invest in high-quality renewable power assets in Australia. It would enable Iberdrola Group to utilise its rich global experience in renewable energy to build on Infigen’s current operating expertise.

Further, Iberdrola Australia aims to strengthen its existence in Australia where it is building its Port Augusta Project in South Australia, a hybrid wind & solar plant with a total installed capacity of 317MW.