Impression Healthcare Limited (ASX: IHL) is an Australia registered company involved in manufacturing and marketing of home-impression custom-fit mouthguards. The company, by release, updated the market about inking of exclusive CBD product supply agreement with AXIM Biotechnologies for Periodontitis, which is at the forefront of cannabinoid research. 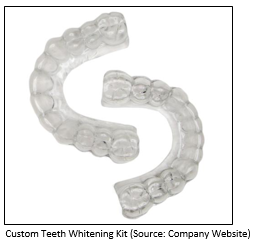 IHL communicated that the license and supply agreement is a precursor to the imminent beginning of the clinical trial related to CBD mouthwash and toothpaste for Periodontitis to be undertaken by the Swinburne University of Technology. AXIM will supply the first batch of toothpaste, mouthwash and associated placebo units needed for a randomised control clinical trial of around 40 participants. The company might exclusively supply the products on a commercial basis within Australia and New Zealand, to any person in line with the rules of the SAS, which has been outlined by the Therapeutic Goods Administration following the completion of the clinical trial.

AXIM is HQed in New York and is focused on development, research and production of nutraceutical, pharmaceutical, cosmetic and oral health products, which incorporates cannabinoids. It has established a full chain of production, including extraction, purification, conversion and microencapsulation.

Moreover, the company further pointed out that ~ 20% of the Australian population and around 40% of Australians aged 55 years or above had moderate-to-severe periodontitis, also recognised as Gum Disease. IHL will immediately begin the process to import the initial batch of products as soon as practicable in preparation for the clinical trial that will be directed by the Swinburne University of Technology.

In accordance with the previous announcement dated 21st March 2019, the company mentioned that the cost to IHL to conduct the trial has been capped at $80,000 along with the remaining costs, which is being funded by the Cannvalate and the Swinburne University of Technology.

In another announcement made on 21st May 2019, the company highlighted that it had lodged an application with the Federal Court of Australia seeking declaratory relief and ancillary orders under the Corporations Act to validate prior trading in shares and options issues, which have been made within the past few years, which were not accompanied via the issue of a cleansing notice or cleansing prospectus.

The company also entered in a supply agreement with 1300 Smiles Limited. 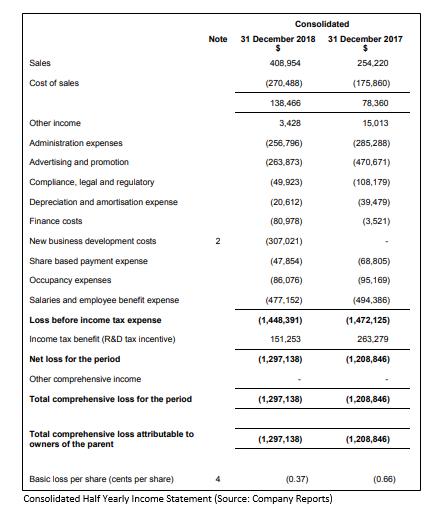