Globally, resource and energy commodity markets have been strained by the impact of both US-China trade tensions and supply changes in the last couple of months. However, according to a forecast released by the Department of Industry, Innovation and Science (DIIS), Australia’s resource and energy exports are expected  to hit a new record of $ 285 billion in 2019–20, before dropping back in 2020–21 on the back of the presence of weaker than anticipated exchange rate.

Given the dynamics, let’s look at what the following companies from Australia’s Energy and Resources Sector are up to.

Vintage Energy Ltd (ASX: VEN) operates as an oil and gas exploration company. The company acquires, explores, and develops oil, natural gas, and petroleum production plants. Vintage Energy serves clients in Australia. With a market capitalisation of around AUD 39.19 million with ~ 266.58 million shares outstanding, on 14 August 2019 VEN was trading at AUD 0.150, unchanged as compared to its previous closing price. In addition, VEN has generated a positive return of 30.43% in the last three months.

Albany Field Drilling Update - On 13 August 2019, VEN informed the stakeholders on the drilling of the Albany-2 well that is located in the Galilee Basin, and forms part of the Galilee Basin Deeps Joint Venture with Comet Ridge Ltd.

The total depth planned for the well is 2,752 metres while the work including drilling, coring and logging, operations are all expected to take around 31 days to be completed. 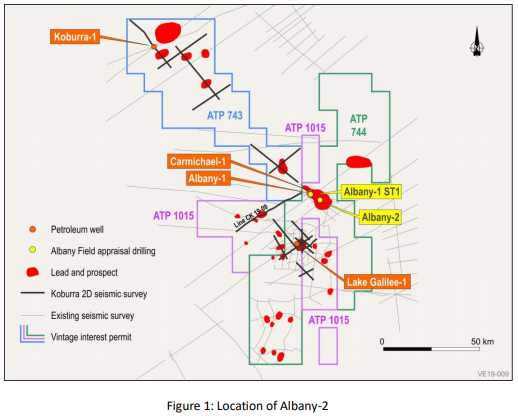 The target zone is the Lake Galilee Sandstone, estimated to be around 280-meter-thick and 2,430-meter-deep with Albany-2 being representing sections of the target reservoir sands and intervening shales. Albany-2 is located ~7 km from Albany-1 and is expected to enhance the scale of the gas potential of the conventional Albany Field over its vast 61 km2 area.

Cashflow- In the three months to 30 June 2019, the company’s operating activities generated cash outflow of AUD 635,994. Meanwhile there were cash outflows of AUD 1.28 million from investing activities including payments to acquire property, plant, equipment and tenements. At the end of the quarter, the net cash and cash equivalents amounted to AUD 19.9 million. The total estimated cash outflows for the upcoming quarter is AUD 4.4 million.

West Perth, Australia-based Metalsearch Limited (ASX:MSE) operates as a mineral exploration company with a key interest in gold, silver, and base metals deposits. Metalsearch’s market capitalisation stands at around AUD 5.79 million with approximately 482.36 million shares outstanding. On 13 August 2019, MSE closed the trade at AUD 0.012, skyrocketing 71.43% by AUD 0.005 with approximately 107,865,658 shares traded. However, on 14 August the stock was trading at AUD 0.012, unchanged as compared to its previous closing price. The MSE stock has also generated positive returns of 71% YTD and 200% in the last three months.

Proposal to purchase Abercorn Kaolin - On 13 August 2019, the company announced that it had entered into a binding agreement for the acquisition of 100% of the share capital in Abercorn Kaolin Pty Ltd, which owns the large-scale kaolinite prospect which has the potential to be developed into a world-leading High Purity Alumina project located in Queensland, Australia. 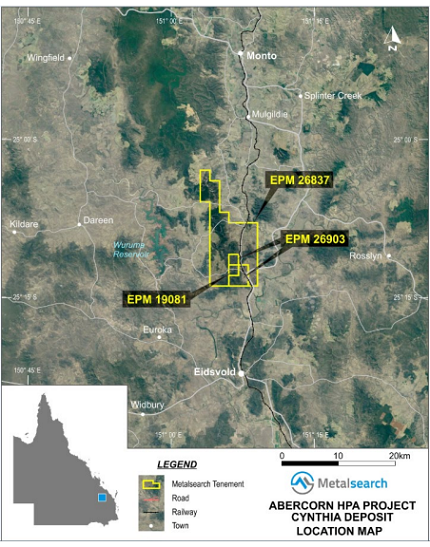 Some key agreement highlights include–

HOA to start ISG in China - On 13 August 2019, Leigh Creek Energy announced to have entered into a Heads of Agreement (HoA) to start In-Situ Coal Gasification (ISG) in China with China New Energy (CNE) Ltd. Also, Leigh Creek Energy has recently been invited to submit an application for admission as a member of the Shanghai International Energy Exchange by China Lian Cai Petroleum Investment Holdings Limited. This HoA was executed consequently after the successful Pre-Commercial Demonstration (PCD) and production of significant amounts of gas that ultimately led to the 2P reserve designation of 1,153 PJ by independent third-parties.

The HoA provides a foundation to further develop a full-commercial agreement through a joint working group to formalise documentation through to the formation of a joint venture company. A major focus of the LCK and CNE Joint Venture Agreement (JVA) would be the production of hydrogen and fertiliser using ISG methods for use in China and potentially abroad.

Moreover, China New Energy has commercial interests in large underground coal resources in Shanxi, which the company plans to develop under this JVA. The objective of both parties is having the Joint Venture formalised before the end of 2019 and to commence the appropriate preparatory work for an initial ISG project during the last quarter of 2019. 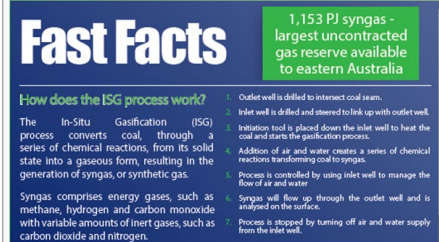 Fremont Petroleum Corporation, Ltd (ASX: FPL), established in 2006 and headquartered in Florence Colorado, United States, operates as an energy company engaged in the exploration and development of natural gas and crude oil. The company has operations located in Kentucky and Colorado while the primary focus remains on the development of the second oldest oilfield in the US in Fremont County. With a market capitalisation of around AUD 13.35 million with approximately 1.67 billion shares outstanding, the FPL stock was trading at AUD 0.008 (AEST 11:30 AM, on 14 August 2019).

Vespucci Well Update - On 13 August 2019, Fremont Petroleum Corporation announced that the stimulation equipment and crews have been demobilised, stimulation operations on the Amerigo Vespucci #1 well were completed and 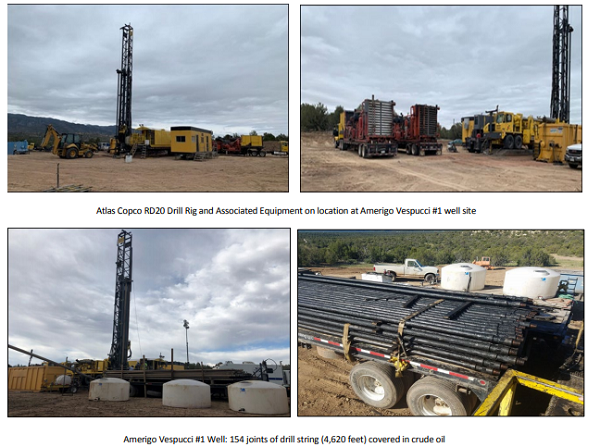 A total of five frac stages were completed over differing depths between 5,100 ft -5,500 ft in the Niobrara formation and the company is now preparing the well for flow-back operations which are scheduled to commence this week. The flow-back procedure has been designed to take around 21 days in which time the Company expects to retrieve 30% of the stimulation fluids that were injected into the formation during the stimulation operation.

During this time, the company expects to be in a position to obtain an initial production rate for the Amerigo Vespucci #1 well. Going forth, Fremont Petroleum Corporation would update on Material operations as they occur.