Hawkstone Mining Limited (ASX: HWK) is an exploration company. It has clay and brine-hosted lithium projects in Arizona and New Mexico, USA. The Big Sandy Project in Arizona is the company’s flagship project. It targets clay-hosted lithium mineralisation which has been noticed by recent drilling programs. The project is a significant opportunity for HWK to deem itself as a low-cost producer of the materials which are needed to meet the growing market of ion-battery. 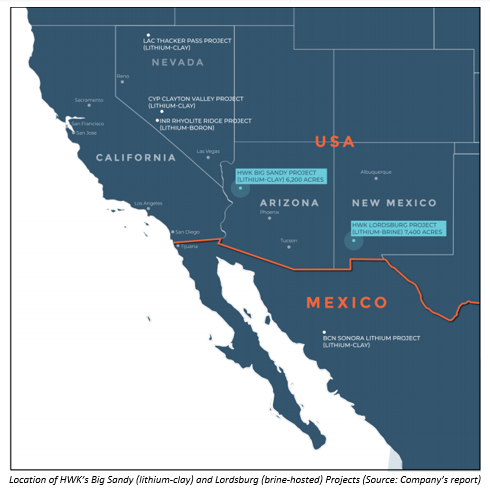 The Big Sandy Project is located northwest of Arizona’s state capital, Phoenix. It has good infrastructural access to rail, road and grid power. It is also well connected via the Interstate Highway System and the cross-country Route 66. Both these routes pass through the town of Kingman, which is 87km northeast of the project. 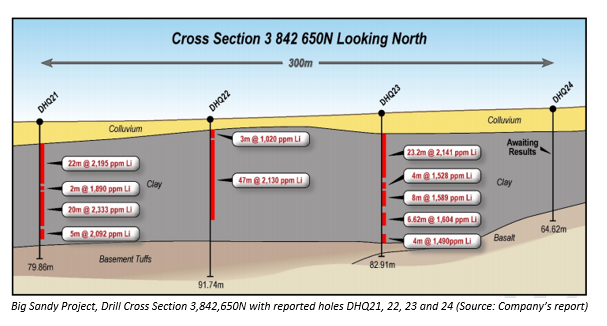 According to 2018 Survey of Mining Companies done by the Frasier Institute, Arizona is amongst the top 10 global mining investment places. The project is situated within a recently designated economic opportunity zone and provides companies with the access tax concessions from state and federal authorities.

On 22nd May 2019, the company announced that it had received firm commitments for a new issue of almost 120 million shares. The issue price of these shares would be A$0.02 per share, and the placement is most likely to raise $2,400,000 before costs. The new shares issued would be ranked at par with the existing fully paid ordinary shares. This would, in turn, increase the total number of shares on issue to approximately 690 million. The placement was managed by PAC Partners.

The proceeds from this issue would be utilised in the advancement of HWK’s Big Sandy Project. More drillings programs and metallurgical test work have been planned to be executed. The company is also building towards the estimation of a maiden JORC compliant resource, which has been set for a target in late 2019.

The settlement of these shares is most likely to take place on 28th May 2019. Subject to the company’s shareholders approval, PAC Partners would be granted a placement fee of 6% of the total funds raised by PAC Partners. It would be issued along 5 million unquoted options which would be exercisable at $0.06 each on or before 30 December 2021 and another 5 million unquoted options exercisable at $0.07 each on or before 30 December 2021.

The company also made a new appointment to its Board. It appointed Mr Barnaby Egerton-Warburton as the Non-Executive Chairman. His term was effective from 16th May 2019.