Reportedly, the subscriber base for The Wall Street Journal reached 2.6 million, and digital subscribers accounted for approximately 69% of the subscribers. Also, the book publishing segment reported a record EBITDA, and the strategic investments into Opcity and Hometrack Australia proved to be a boost for the Digital Real Estate Services segment.

Admittedly, the Q4 depicted subdued sentiments in the revenues, which were down by 8% over the similar period in the previous year owing to negative impacts of currency fluctuations, lower revenues from segments and transition into new revenue recognition standard. 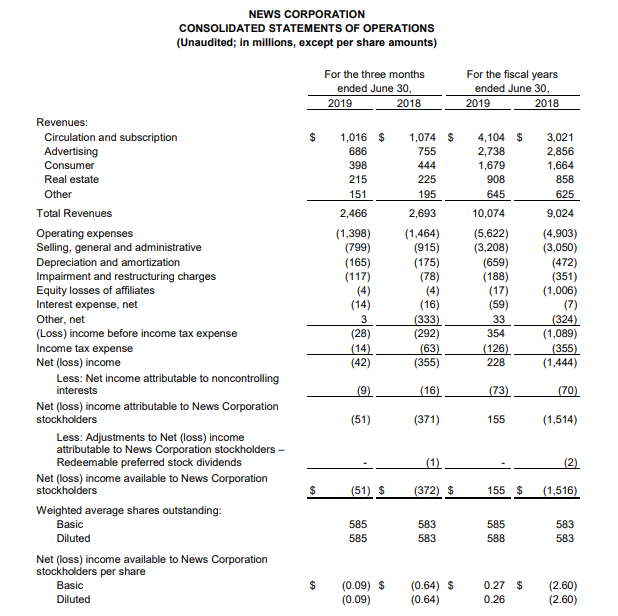 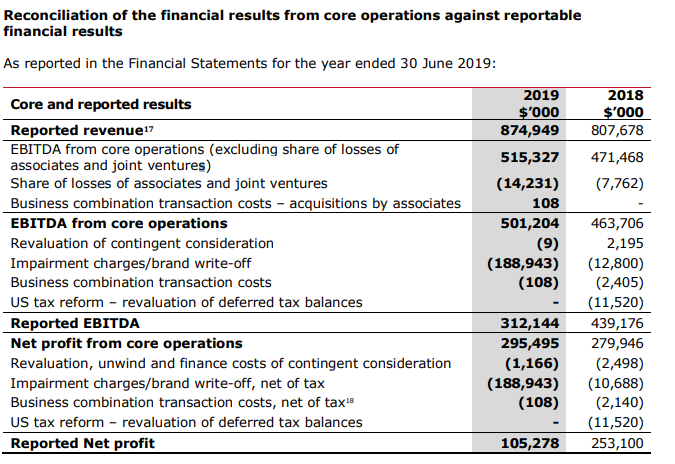 As per the release, in Australia, the company achieved growth amid subdued market backed by price changes , improved product mix. Also, the commercial & developer grew by six per cent in revenues, media, data & other revenues increased by 16%. Besides, the financial services revenue was down by 8% to $27 million, and the company increased the ownership to 100% in Smartline after procuring the remaining stake for $16 million.

Reportedly, in Asia, the company achieved a revenue of $48.6 million, and EBITDA of $7.4 million. Also, the company owns 13.5% interests in Elara in India, which delivered revenue growth of 54%. Besides, the non-cash impairment was $173.2 million for the first half of 2019 and $15.7 million reductions in Elara. In North America, the company has 20% stake in Move, Inc. and it reported revenue growth of 7% to USD 484.1 million and share of losses stood at $8.4 million.

The below figure presents the schedule for the dividend payment.

Reportedly, the acquisition means an investment of A$32.7 million for TLA and Stride, and by the end of CY2020, the expected synergies would be in the range of $1-2 million. Also, the acquisitions are anticipated to be EPS accretive in CY2019 at an EV/EBITDA multiple of 5.3x.

Besides, TLA and Stride have a leading position in talent management, sports marketing, merchandising, and the acquisition would improve the footprint of QMS global sports platform. Meanwhile, sport remains one of the largest and high growth segments in the market. 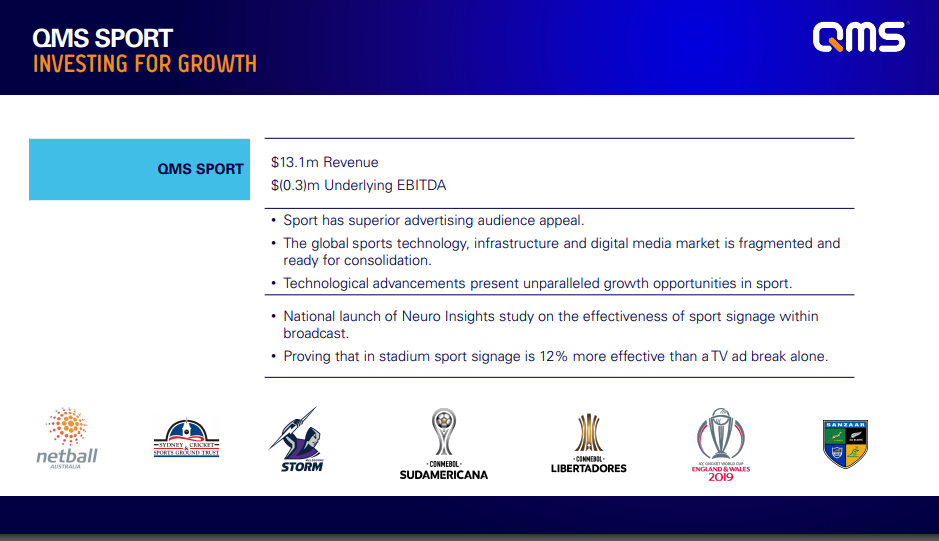 Reportedly, the EBITDA for the QMS Sport business in H1CY2019 is anticipated between A$11 to A$11.5 million, which is above the A$9 million forecasts of February 2019. The company would provide detailed information during half-year results.

Last year, the company released its full-year results on 16 August 2018. This year, the investors would be anticipating the results to come out very soon. Besides, the company, on 5 August 2019 had notified on the retail shareholder meeting, which had been scheduled on 3 September 2019.

On 29 May 2019, the company had notified about the non-cash impairment related to the legacy IT assets. Subsequently, it was reported that the company anticipates lowering down the value of IT assets by $500 million, and escalated restructuring costs by around $200 million. 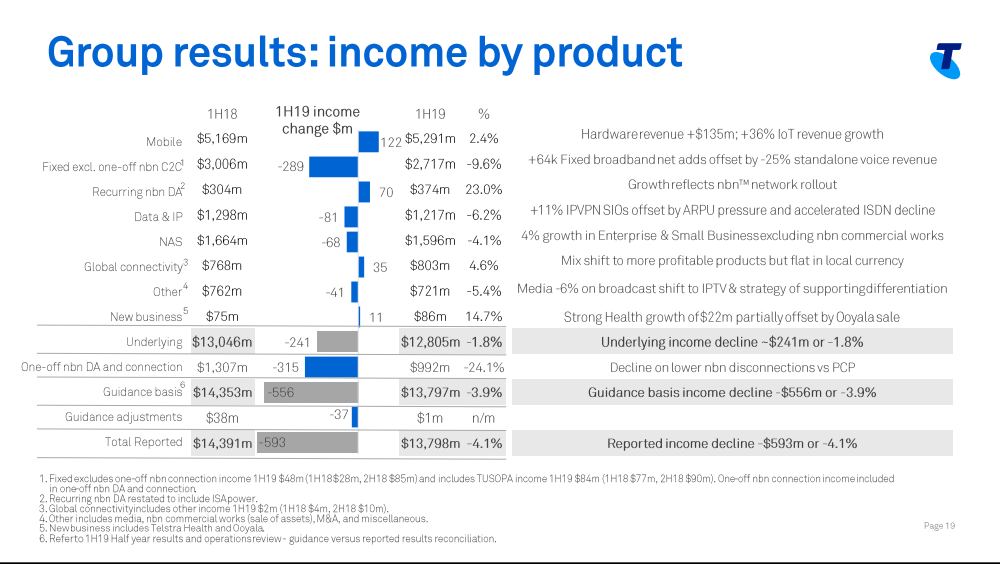 In Mid-February, the company released half-year results for the financial year 2019. Accordingly, the company’s reported the total income standing at $13.8 billion, down by 4.1 per cent, reported EBITDA was down by 16.4% to $4.3 billion, and NPAT was down by 27.4 per cent to $1.2 billion.

The financial year close of the company is 31 July, and last-year the results for FY18 were released on 18 September 2019. Besides, the company has been amid legal proceedings for the merger with Vodafone Hutchison Australia Pty. Ltd.

The company has made the last release to the exchange on 24 May 2019, which was related to the merger approval of the companies. Besides, the company had half-year close on 31 January 2019. Subsequently, the results were made available to the market on 19 March 2019. 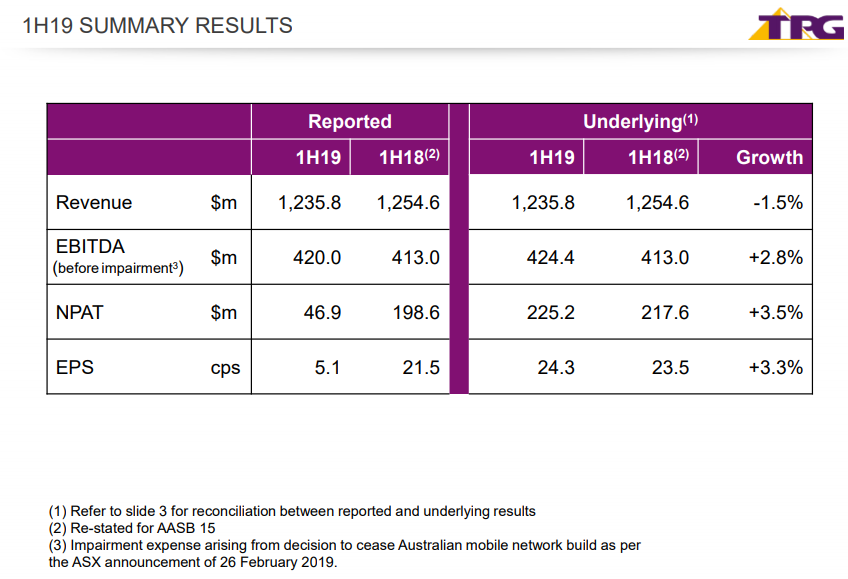