Of late, FNT had received the Tolukuma tenement for 2 years term.

The review identified these gold targets from trench, soil and stream sampling, which would further require follow-up drilling and fieldwork. The Exploration Licence covers an area of 441.72sq km, and the nearest all-weather road is to Kubuna, 20km west of the tenement; however, Fane and Woitape airstrips are useful for heavier cargoes.

The Exploration Licence/ lease EL2531 surrounds the Fane airstrip; however, the acreage surrounds the Tolukuma gold Mining Lease (ML104) but excludes it from the company’s tenement. However, as Tolukuma mine is estimated to have long extensions, the company is optimistic over its tenement.

FNT remodelled the airborne geophysical magnetic data in three dimensions and would interpret it in a second data review phase to define the gold target with sub-surface geology.

Newmont Pty Ltd received significant results in 1989, when it was exploring further to the east of the presently known Tolukuma mine and within the area, which now is company’s tenement EL2531. 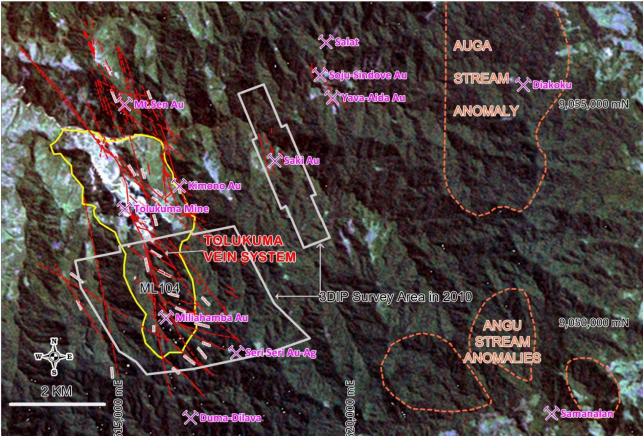 The most significant results from the exploration conducted by Newmont includes:

Saki prospect is a high priority deposit, which is two kilometres east of the Tolukuma mining lease (within Exploration Licence). Saki prospect has been drilled extensively with 47 historical diamond core holes. Golder and Associates started a resource assessment of the prospect in 2011 (as announced on 17 August 2017) and the company is in the process of acquiring the drill hole database to estimate the resources.

Frontier further aims to acquire a three-dimensional Induced Polarised (IP) ground geophysics data from MRA, which completed the survey and compiled the data in 2010. Once collected, the data would be re-modelled and re-interpreted to better plan the next stage of exploration fieldwork.

The historical trenching revelled promising gold results, which are as follows: 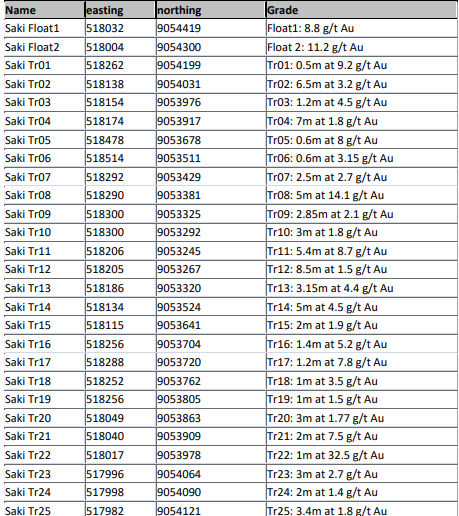 Similar significant intersections are received historically from the Soju-Sindove prospect, which is 4km ENE of the Tolukuma mine. Historically identified Soju-Sindove, through stream sampling, hosts several epithermal quartz veins and gold mineralised veins of Salat, Tevuna, Rhong, Kamikaze and Aida.

The most significant results of the trenching include: 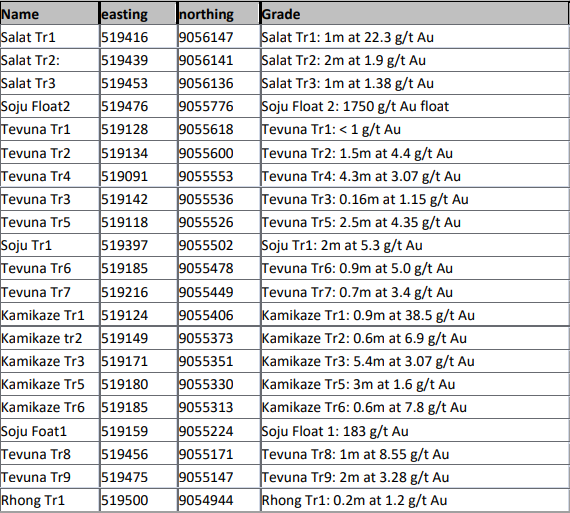 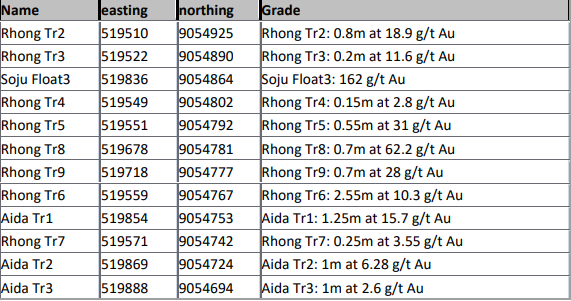 In a nutshell, the company plans to collect the previous exploration data for the reassessment of resources at its tenement EL2531 and is confident that the extending veins of Tolukuma mine around EL2531 makes it a high potential gold tenement.