On 15 July 2020, Shree Minerals Ltd (ASX:SHH) announced to the exchanges that the company is applying for the exploration licenses E63/2046 and E63/2048 (Dundas project), located 60 kilometres east of the Norseman in Western Australia. In compliance with Shree’s growth strategy to expand and consolidate its presence in the Leonora Goldfield, the new exploration tenement application was filed for a new ELA E40/384 (Ulysses South).

The Exploration license applications are in the section of unexplored greenfield ground in the Albany Fraser Belt. The prolific mining province came into the spotlight in 2005, with the discovery of the multi-million-ounce Tropicana gold deposit.

The geophysical surveys, geoscientific and programs related to dating rocks during the 2006-2010 period were undertaken by the Geological Survey of Western Australia indicating the Albany Fraser belt to contain reworked Archaean greenstones.

The Dundas Project is interpreted to be located within the SE extensions of the mineralised Norseman – Wiluna Belt of Archaean Yilgarn Craton comprising of a tectonostratigraphic aggregate of sedimentary, ultramafic and mafic deposit types. 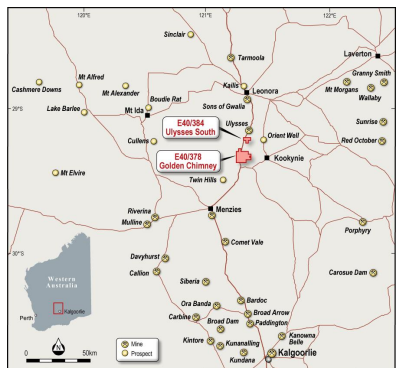 The aeromagnetic survey within the tenements has showcased liner features which indicates the Archaean greenstone stratigraphy of mafic, ultramafic or Banded Iron formation rocks.

The limited historical exploration activities have been carried out on the outer thin blanket (5-10 metres) of transported cover. Historical auger soil traverses by AngloGold Ashanti (ASX:AGG) and concentrated  RAB/RC drilling program by Pan Australian Resources indicates the presence of gold mineralisation within the mafic rocks at the ELA E63/2046.

Some of the historical incepts are as follows-

AngloGold’s data suggest that the mineralisation is open in all directions with associated Au and Cu soil chemistry, the complete extent of which has not been completely indicated by the limited drilling on the field. 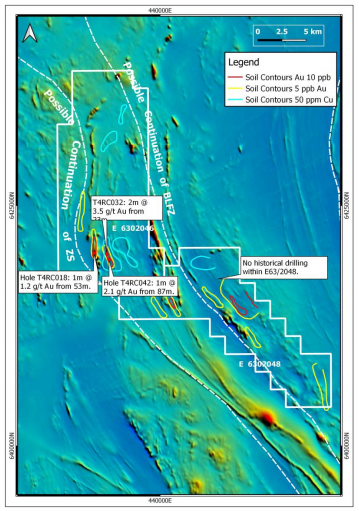 Also, several large geochemical anomalies containing gold with a length of up to 6 kilometres are distributed with a possible association with the interpreted BLFZ in E63/2048 representing high priority targets for Shree minerals.

Shree believes that the new tenements are located within a major structural corridor which contains the world class gold deposits. The presence of prospective mafic rocks and untested geochemical anomalies adjacent to the structure in an underexplored region enhances the prospectivity of the project. 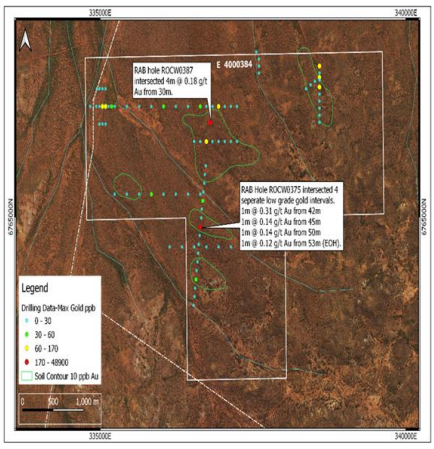 No further follow up drilling was conducted to check the extent of the mineralisation.

Insights from the low-level aeromagnetic surveys will be utilised to identify and prioritise structural prospects for additional auger work. The prioritised targets will be further explored using RAB and RC drilling.

Ulysses South Project – Shree plans a reconnaissance aircore drilling near and around holes ROCW0375 and ROCW0387. The intersections would further be evaluated by RC drilling.

The exploration tax credits can be utilised towards capital raising activities and eligible exploration programs. Shree Minerals may further distribute the exploration credits in proportion to their investment values to its Australian resident investors who then would be entitled to a refundable tax offset or a corporate tax entity.

Shree Minerals closed at $0.0060 a share, registering a surge of 20% against the previous close, with a market capitalisation of $3.65 million.