Africa focused, oil and gas exploration company, FAR Limited (ASX: FAR) held its Annual General Meeting today, in which all the resolutions were passed by the requisite majority of the shareholders on a poll.

In 2014, the company made the world-class SNE oil discovery in Senegal and since then, has become one of the largest holders of the offshore acreage in the Mauritania, Senegal, Guinea-Bissau, Conakry (MSGBC) Basin. Since 2014, the company has drilled 11 wells Senegal, which includes four discoveries at offshore Senegal and seven successful SNE appraisal wells. 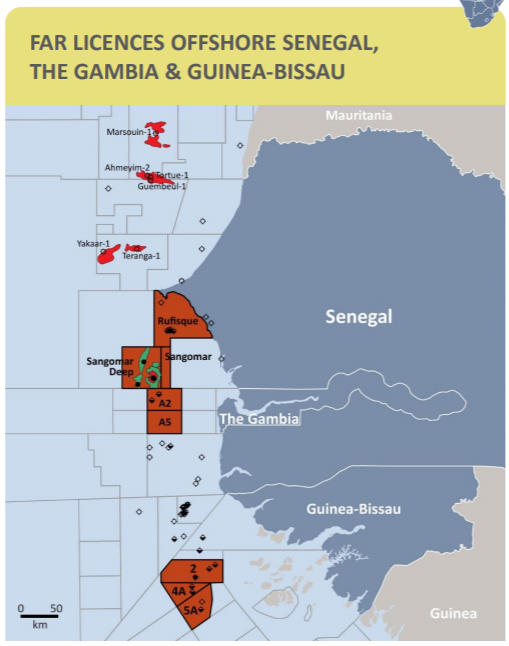 In July 2018, the company declared commerciality on the SNE Project, following which the company submitted development and exploitation plan in October 2018. Subsequently, the company commenced front-end engineering design (FEED) activities in December 2018. The resubmission of Development and Exploitation Plan is expected in mid-2019, and the final investment decision is planned in the second half of 2019.

In March 2018, PETRONAS, the state-owned oil company of Malaysia, farmed into blocks A2 and A5 to carry FAR through the cost of the first exploration well. Under the terms of the agreement, FAR retained 40% working interest in the Joint Venture. This partnership remains important to FAR as PETRONAS is a word-class deepwater operator that has the capacity and commitment to operate the joint venture in the event of a commercial discovery. 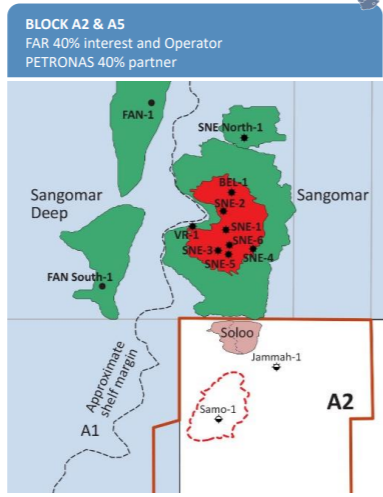 At todayâs AGM, the company also provided information on Samo-1 well. Samo-1 is the first well FAR has operated in deep water. Samo -1 was successfully and safely drilled within budget. The well was drilled to the planned depth of approx 3,200m MDRT and intersected all target horizons.

The company also hold exploration acreage in Guinea-Bissau for some years. The Guinea-Bissau Joint Venture is preparing for drilling in the acreage.

The ability to form strategic partnerships is a core competency of the company. During 2018, in addition to PETRONAS joining FAR in The Gambia, the company also formed an alliance with AMOG Engineering of Melbourne.

FAR Limited is committed to sustainability and improvement of social, environmental and economic outcomes for the benefit of all of its stakeholders.

Recently, on 2nd May 2019, the company announced the successful completion of $45 million capital raising, proceeds of which will be used to fund FARâs ongoing interest in the SNE field development, preparatory work for the proposed 2020 drilling program, Australian seismic and processing costs, and general corporate purposes.