Estrella Resources Limited (ASX: ESR) is a company from the metals and mining sector, based in Perth, Australia. On 14 May 2019, ESR announced that it has received Programme of Work (POW) approvals for the drilling of high-grade gold structures at Munda Gold Mine.

ESR initially reported the acquisition of Munda Gold and Spargoville Nickel Projects back in September 2017. In February 2019, ESR had notified that a review was underway to re-activate Munda Gold Mine, to maximise the opportunity the company had for Munda Gold Asset, considering the strength in the A$ gold price. Also, in 1999, Munda, a pre-existing open-pit gold mine was operated by Resolute Gold Mines. 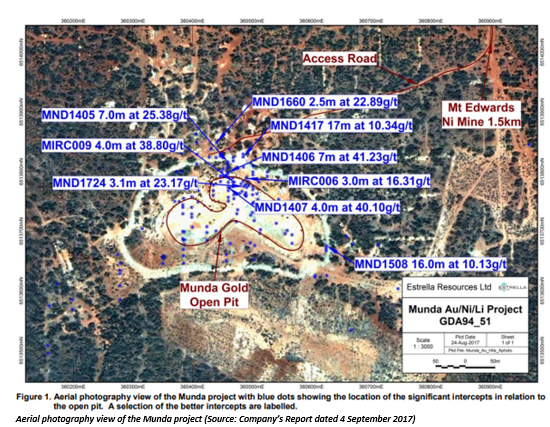 Previous high-grade gold results from the Munda project are as follows:

ESR has received Programme of Work (POW) approvals to initiate the drilling of high-grade gold structures in the mine. A dramatic fall in gold prices in 1999/2000 led to premature closure of the mine resulting in inaccessibility to the bulk of the gold resources. Resolute had then planned to recover gold from a depth of 60 metres below the surface. However, fall in gold prices saw the mine only reach a depth of 15 metres below the surface.

Munda project is in the proximity of several gold toll milling facilities within the distance of Munda Project’s economic trucking. In April 2019, a letter of Intent containing Alliance with Blue Cap Mining Pty Ltd (BCM) was released by the company. BCM has reviewed the Munda Project and recommended that it was worth pursuing due to the reasons as follows: 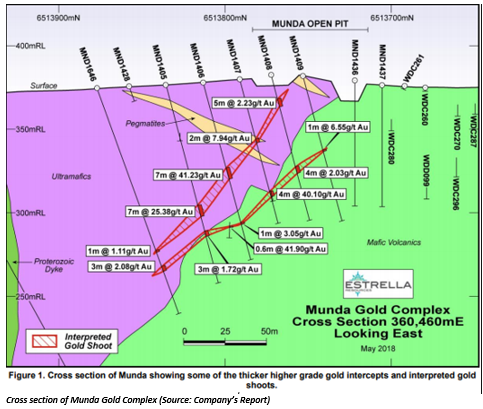 The alliance will benefit from the distinctive resources of both entities. It will also help bring the Munda Gold Mine towards production. BCM would utilise its existing working capital facility and open pit services to fund the opening phase of a mining operation at Munda. The drilling contracts are currently being negotiated, and ESR plans to test new ‘plunging shoot’ structural interpretation to the high-grade gold mineralisation. 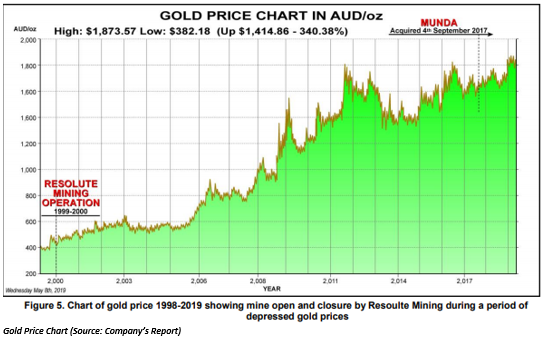 ESR reported the trend of gold markets and concluded with an interesting opportunity to revive the Munda Gold Mine. As per the chart above, reflecting the price of gold for the period between 1998-2019 depicts its upside movement of 340.38%.

The company also mentioned that planning was underway to begin site preparations and diamond drilling campaign.

Also, on 9 May 2019, ESR had notified about obtaining DMIRS’ approval for drilling work at Target 5 EM anomaly.