Crude oil prices are in doldrums in the international market despite some goods news at the counter of the U.S-China trade war. The abundance of supply and lower demand have kept a lid on the crude oil prices, and crude oil is moving within the predicted loop of the U.S. Energy Information Administration (or EIA).

The fall in crude oil prices is cheering the global energy retailers, along with the estimated increase in demand for energy. 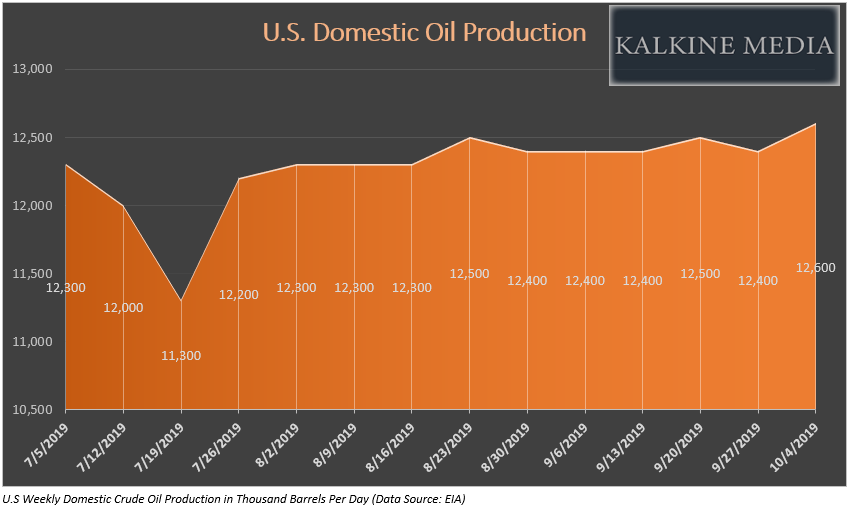 While the domestic production of oil is surging and holding the upper levels, the United States has also observed a higher export level in the international market, increasing the overall crude supply.

Post the Aramco incident, the United States had increased the supply in the international market, which indemnified the impact of the lost supply from the oil kingpin-Saudi Arabia, and exerted pressure on crude oil prices.

The overall import from the United States averaged at 3,674 thousand barrels a day in September 2019. A surge of over 36.78 per cent from the average export of 2,686 thousand barrels a day in August 2019. The rise in the average exports level from the United States took the prices down from the level of USD 71.95 a barrel in September 2019 to the present monthly low of USD 56.15 a barrel. 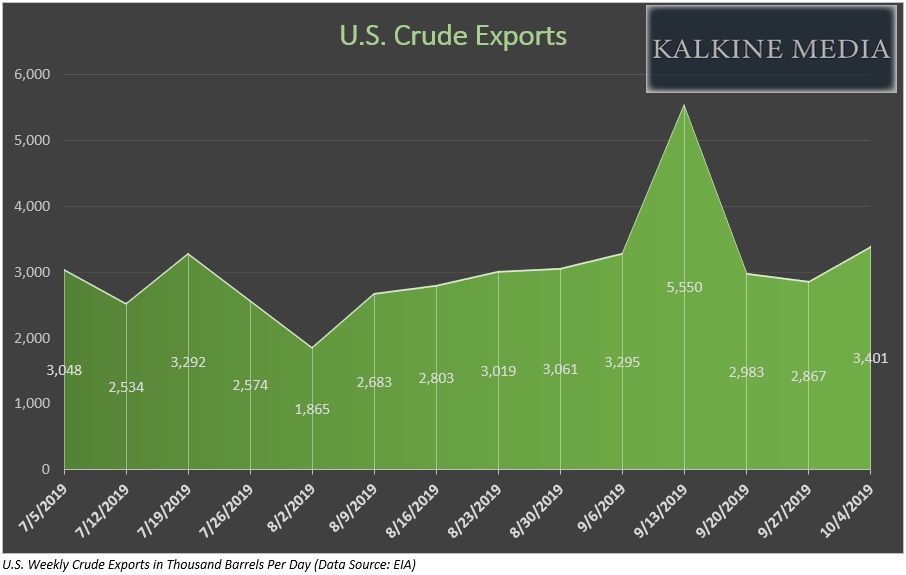 While the United States is increasing the global oil supply, nations like Australia, that relies highly on the crude and oil-based imports witnessed a reduction in the petroleum product imports while keeping the focus on the indigenous production, which is further exerting pressure on crude oil prices in terms of declining demand and increasing production or supply. 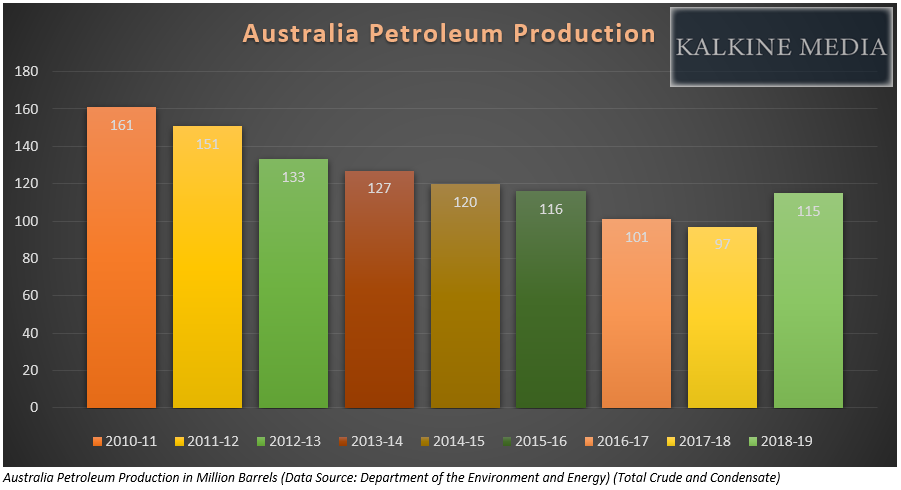 Post witnessing a continuous drop till 2017-18, the petroleum production in Australia witnessed a surge in the period of 2018-19, which underpinned the growth of over 18.55 per cent.

While the domestic production of petroleum product increased in Australia, the demand for energy witnessed a surge, and many industry experts anticipate the Australia energy sector and global energy sector to witness growth over the coming years.

ORG-an ASX listed giant energy retailer witnessed a surge in price to reach at a new 52-week high of $8.250 on 16 October 2019 over the falling raw material cost and higher reliance on natural gas and renewable source for energy generation.

On following the daily chart, we can observe that the stock is forming a golden cross (bullish signal) of 200- and 50-days exponential moving averages, with a rise in 14-day relative strength index above the mean value of 50.

The validity of the positive golden crossover could be evident from the previous price action of ORG. ORG witnessed a golden cross of 200- and 50-days exponential moving averages previously during the last quarter of the year 2016, and the prices surged to test multiple highs after that.

During the fourth or the last quarter of 2018, the prices witnessed a negative cross and fell substantially.

Post falling on ASX, the stock consolidated for about three quarters and formed a symmetrical triangle on the daily chart.

ORG broke the consolidation range after breaking the symmetrical triangle pattern formation. However, the breakout volumes remained lower, which could prompt the stock to retest the breakout range again, and the investors should keep an eye if the stock retraces as an uprise with higher volume could establish a medium to a long-term uptrend.

On following the Ichimoku study, we can notice that the stock is trading above Span A, which is the mean of the conversion line and the base line and is at $7.899. The large spread between Span A and B represents the establishment of an uptrend, and the conversion line (navy blue) is crossing the base line (light blue) from below, which represents a positive crossover. The crossover contains strength as it took place above Span A.

On further applying the Fibonacci projection, we could notice that the prices are currently taking a hurdle at the 100.0 per cent projected level, which is at $8.126, and investors should monitor this level closely as a break and sustain above the same with high volumes could support the share prices of the company.

Another energy retailer- AGL Energy Limited (ASX: AGL) is also recovering over the fall in crude oil prices after taking a hit from the new Default Market Offer (or DMO) in Australia.

Other oil retailers in Australia are following the same trajectory; however, one major problem, which all the energy retailers are facing is the new DMO in Australia, which is increasing the competition in the wholesale electricity market.

Previously, the foreign energy retailer in Australia- Energy Australia- a wholly owned subsidiary of Hongkong-based CLP Group felt the pressure from the new DMO, which sank the profit margins of the company

Not only the foreign energy retailers, the domestic energy retailer-AGL also felt the same pressure, which reduced the profit margins of the company in FY2019, which exerted tremendous pressure on the stock, which fell from $21.370 (Day’s high on 30 July 2019) to the level of $18.390, a fall of almost 14 per cent.