Murray River Organics Group Limited (ASX: MRG) is an Australia-based company engaged in the manufacturing, marketing and selling of certified organic, natural and better-for-you products. On 5th June 2019, the company, by release, announced that it has successfully granted the authority to grow low-THC cannabis on its certified organic Nangiloc property. The companyâs CEO, Valentina Tripp pointed that the approval from Agriculture Victoria to grow low-THC cannabis was considered to be a significant step for the company and it has the potential to deliver a new vertical to complement the dried vine fruit business and the developing food business in value-added good for you and organic products. 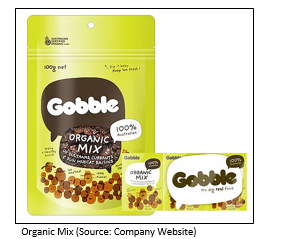 Additionally, now, MRG has the potential to become a first large-scale grower of the organic hemp in Australia to fulfill the strong demand in global markets. Furthermore, the growing demand for hemp-based edibles is an emerging trend in the food industry. This granting provides MRG with an additional scope and alternatives as the company analyses its short to medium term plans for the first phase of âProject Magnumâ. The Project Magnum offers for the development of 2,300 Hectares arable area on the companyâs Nangiloc farm. Phase 1 will begin in FY20 with the planting of high-demand annual crops by using the existing infrastructure.

According to the companyâs announcement on 3rd June 2019, after completing the refinancing and restructuring of the company in the last six rigorous months, the companyâs strategic goal of substantially expanding its export market for organic dried vine fruit came to fruition. In addition, since this time last year, the exports to China and USA markets have doubled, which has fueled the overall growth in gross margins throughout the companyâs business. The company is out-in-front to grow the existing and new export markets.

In parallel, the harvest for Fresh Table Grapes witnessed considerably increased yields with 868 tonnes harvested, which is an increase of 74% on the 2018 yield, despite demanding summer conditions. The investment in the turnaround program at the Fifth Street farm has proven to be a catalyst for this improved performance, and it is expected to reap full benefits with an additional growing season.

Moreover, the company advised updated guidance with an estimated EBITDA loss before SGARA in the range of $3.7 million to $4.2 million. This implies a turnaround of $10 million in EBITDA before SGARA performance from FY18 in the first year of its three-year plan. Subsequently, the key drivers for a change in the guidance include the previously reported harvest delays, which have affected the companyâs ability to meet all customer orders for Q4, especially during May: pushing these sales into 2020, and the higher costs per tonne associated with a delayed and lower yielding harvest. The company has continuous backing from its bank with a three-year debt facility expiring 30th November 2021.

The company has successfully planted a new 130ha Greenfield Dried Vine Fruit Development at the Colignan property, which, when it reaches to maturity, will inject significant new volumes. MRG is expecting the first harvest from the Greenfield Development in the 2021 growing season. The Project Magnum will begin in FY20 with the planting of high demand annual crops as part of Phase 1, where the company will use its existing infrastructure, including 2 irrigated pivots covering more than 77 hectares.

The current farming assets contributes 30% to overall revenue, while the lionâs share of 70% is attributed to the value-added processing and an innovative range of products to better serve the growing organic and better-for-you markets. The company has the intention to roll-out new products in the first half of FY20.

In 1H FY19, Murray reported total revenues of $30.2 million, witnessing a fall of $9.2 million on the back of lower sales in wholesale/trading and domestic retail, which were significantly constrained by the insufficient stock before conclusion of the capital raising in late October 2018, while EBITDA of the company improved by 73% to $1.3 million. MRGâs operational costs have declined by $2.2 million via project Muscat. In addition, MRG experienced a rise in gross material margin by $1.3 million in 1H FY19, supported by new ranging, product mix and pricing improvements. The net loss after tax of $4.6 million in 1H FY19, improved by 79% when compared to 1H FY18. The company restructured its balance sheet via $30.6 million equity and $63.9 million multi-year debt facility.

Several substantial positive operational improvements have been delivered by the company as it builds on a branded organic product portfolio as well as new capabilities to obtain its accelerated growth plans. The companyâs farm teams are rebuilding the health of its vines and have embedded a new farm operating model to allow strong yield growth over the next three seasons. MRGâs Sunraysia to Asia program has been successfully launched, with new products, ranging and strengthening of market position and distribution platforms.

The company is leveraging its integrated organic food business model throughout its key categories, which consists of dried vine fruit, other dried fruits, nuts, coconut, grains and seeds and over 300 SKUs are likely to bring the best organic ingredients from around the world to its customers and consumers in Australia. As per the half yearly report of the company, it is expecting an Underlying EBITDA-S loss in the range of $2.8 million to $3.2 million.