Recently, the Queensland government awarded exploration contracts to various companies to restore the demand and supply dynamics of gas in the domestic market, which is currently marking a tight supply and muddling with the day-to-day operations of the local manufactures.

To ease out the difficulty of local manufacturers operating in a tight supply environment, the Queensland government awarded exploration contracts over 2793sq km of gas-rich land in Surat Basin. Apart from the awarded contracts, the government also offered 3700sq km of acreage for exploration, to strike out the supply curb.

As per the state’s Natural Resources, Mines and Energy Minister, Anthony Lynham, the gas prices are currently very high, and its availability for long-term contracts remains a problem.

The supply constraint is very problematic for industry players, and if allowed to be continued could hamper operations and employment in the domestic market; however, the recent action taken by the government could support the operations of domestic players.

On 28 May 2019, Senex Energy Limited (ASX: SXY), a significant east coast gas and oil explorer & producer, notified the market that it was one of the tender winners and it has received an award of preferred tender status for natural gas acreage in the Surat Basin- a significant deposit of resources.

The award received by the company as a part of the Queensland Government’s domestic gas acreage tender process aligns with the company’s strategy to grow its position as an important supplier to the east coast gas market and grow its Surat Basin current acreage, which is around 1,800sq km.

Further, SXY mentioned that the acreage secured by the company is the second block awarded to it, post receiving the Project Atlas, for which it recently acquired two gas sales agreements, in September 2017.

As mentioned in the company’s presentation on APPEA 2019 oil and gas conference to be held between 28 May-30 May 2019, the development is progressing at both the substantial- Roma North and Project Atlas as follows: 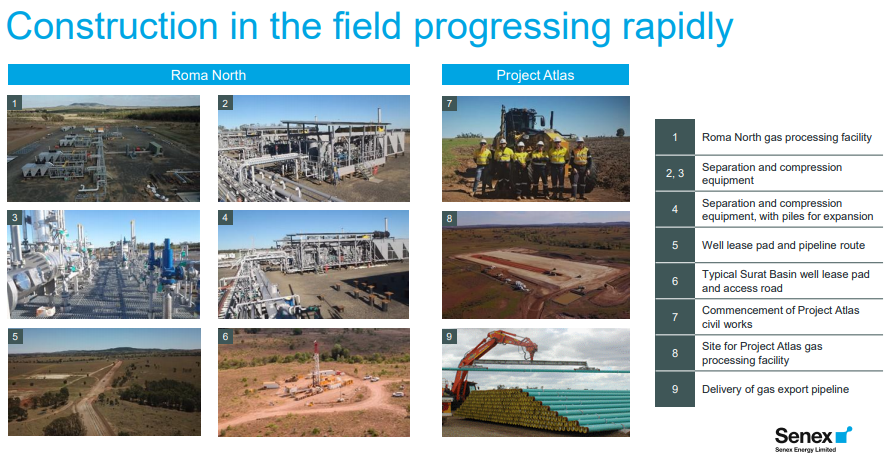 Project Atlas is a flagship project of SXY and is the first acreage awarded to the company for domestic-only supply in Australia. SXY secured one sales agreement with CSR Limited (ASX: CSR) and another one with Orora Limited (ASX: ORA) for the supply from the Project Atlas, which is on track to first gas by the end of the year 2019.

Senex had drilled 38 natural gas wells over the past two years in the Surat Basin and is currently investing more than $200 million in capital expenditure and $140 million in the development of its Roma North gas project and Project Atlas. 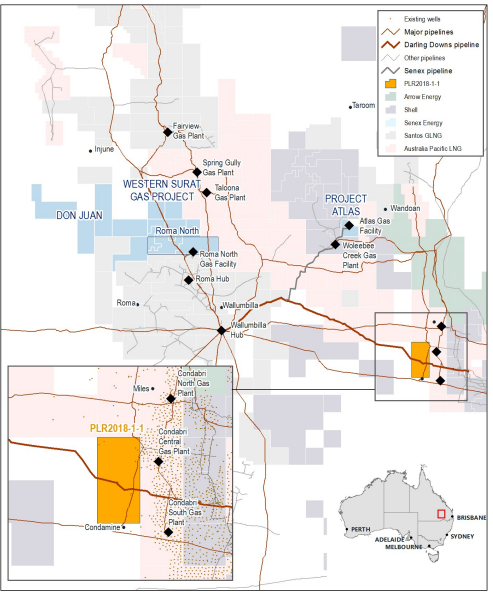 Roma North and Project Atlas along with rest of the tenements of the company in Surat Basin (Source: Company’s Report)

As per the current Managing Director and CEO of the company, Ian Davies, the award received by the company underpins Senex’s commitment towards the development of natural gas resources in Queensland. Mr Davies also mentioned that the company is committed to investing in unlocking the long-term new resource along with development-ready opportunity such as Project Atlas.