As per the announcement, the National Offshore Petroleum Titles Administrator (NOPTA) notified Cue Exploration Pty Ltd about the approval of title transfers to new joint venture partners along with the approval and registration of other documents related with the formation of a joint venture between parties.

Cue CEO Matthew Boyall stated that approvals mark a milestone achievement for Cue with the completion of outstanding conditions of agreements with BP, Beach and New Zealand Oil & Gas.

WA-359-P (exploration permit) is situated in the Carnarvon Basin, Western Australia (offshore). The Ironbark-1 well, a maiden test of the Ironbark prospect, aims to drill to 5500 metres. An environmental plan being prepared by BP is underway for site surveying and drilling activities at the Ironbark-1 well.

Under this JV agreement, BP would become the operator on behalf of Cue (October 2018 announcement) and continue with planning and exploration of Ironbark-1 exploration well while the drilling is scheduled for late 2020, said Mr Boyall. 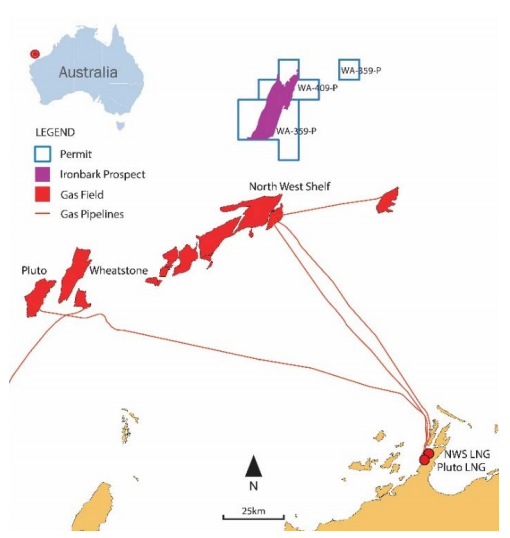 As per the company’s Prospective Resource Estimates Cautionary Statement, further development project(s) may potentially recover estimated quantities of petroleum. However, the estimated quantities pose an associated risk of development and risk of discovery. In order to determine the existence of potentially moveable hydrocarbons in significant quantity, further appraisal, evaluation and exploration remain a necessity.

Mr Boyall added stated that the documentation approvals and title transfer satisfy the final conditions of previously announced joint venture agreements to drill the Ironbark prospect, a best estimate of 15 Tcf of prospective recoverable gas. He added that “completion of the agreements will start the funding obligations of the other parties towards Cue’s well cost and include $A1.54 million of past cost re-imbursement to Cue from Beach and New Zealand Oil & Gas.”

Cash balance of the company stood at A$20.7 million with no debt as at 31 March 2019. During March 2019 quarter, the company received $4.78 million in sales from oil and gas and further A$0.6 million was received in the final settlement of water injection insurance claim from Maari field. Notable expenditure of the quarter included $1.1million Sampang tax payment in Indonesia.