Cricket Legend Sir Ian Botham’s wine business is on track, and the firm will sell one million bottles by the end of 2019, informs Sir Ian. He expects a greater distribution of the brand towards the end of this year in Australia based on the range review timetable that he holds. 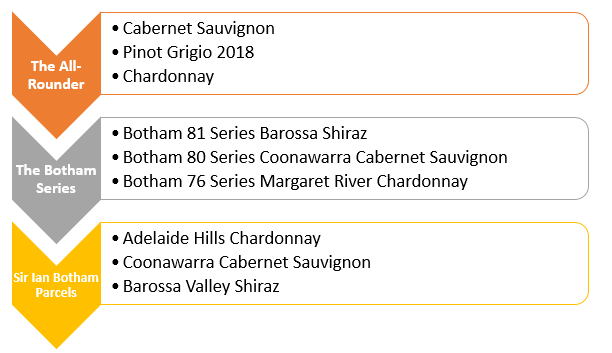 The All-Rounder range consists of the entry-level wine followed by mid-tier range (The Botham Series) and the premium range (Sir Ian Botham Parcels).

The Botham’s All-Rounder range are rooted from diverse regions across South Eastern Australia while his Botham Series is stimulated from the vital years in Botham’s career. Celebrating the year in which he achieved his first century, he named his Botham Series wine’ Margaret River 76 Series Chardonnay. His Sir Ian Botham Parcels collection was produced in association with Australian winemakers, utilizing the small parcels from particular regions.

Waitrose & Partners commenced the stocking of Sir Ian Botham’s wines from February 2019. The All-Rounder and The Botham Series were added to the Waitrose wine range.

Sir Ian believes that 70 per cent of the expected sale by the end of 2019 will be coming from Britain through Waitrose, while Australia and the rest of the world will contribute 15 per cent each.

According to Sir Ian, his wine business has no connection with the cricket and people are not attracted to his name on the bottle. He believes that his wine range makes a hell of a difference from a quality standpoint as he insists on 12, 13 per cent regional fruit in his All-Rounder Range.

Sir Ian’s business partner, Paul Schaafsma supported Sir Ian’s view and opines that their wines are different from a number of other Australian wineries.

Even at the launch of his wine range in Britain, he specified that he hates the term ‘celebrity wine’ and his wine contains everything that he likes in wine.

Few Australian wine companies are worried about the possibility of Brexit disruptions that can smoothEN trade flows. But Mr Schaafsma does not see it as a significant cause of concern as he believes that the likely reduction in wine tariffs would be a bonus for the British market.

Sir Ian and Mr Schaafsma anticipate a more significant market in Australia in the coming future with more distribution deals to come.