In the last six months, the company has experienced an unprecedented level of volatility across all of its categories. The earnings for the six months are going to be significantly lower than the prior comparable six-month period due to the number of factors, including the consolidation of the companyâs majority ownership stake in African Blue and additional pre-harvest farming cost investment through its increased international footprint in Morocco and China. December saw subdued trading, mainly in the companyâs berry, avocado and tomato categories, which affected the companyâs earnings.

Further, the earnings for the half-year period were also affected due to the biennial nature of its citrus crop, with 2018 being an âoff yearâ and also a shorter season than 2017.

As a consequence of above-mentioned factors, the companyâs net profit after tax minus SGARA (NPAT-S) earnings were below plan by around $3.5 million. CGCâs revenue for the six months period was down 2.4% on the previous corresponding period. EBITDA before SGARA, material items and amortisation (EBITDA-S) was $35.3 million, down 42.0% on the prior period. 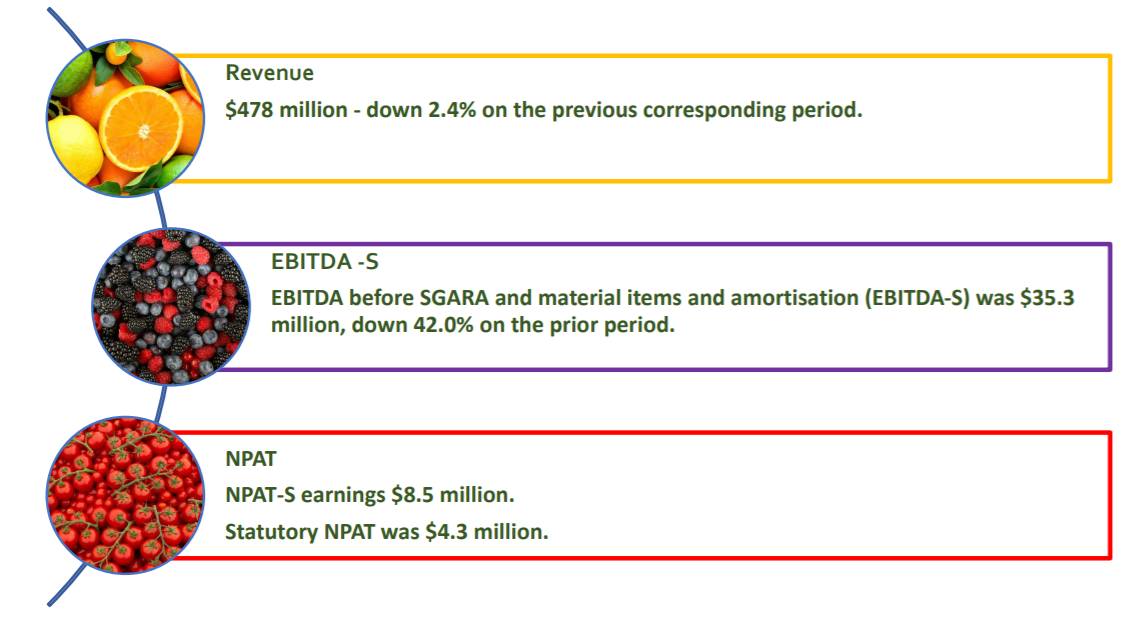 According to the updated guidance, the company is now expecting its CY19 EBITDA-SL to be in the range of $140 million to $153 million and its NPAT-SL to be between $57 million to $66 million.

While addressing the shareholders in todayâs Annual General Meeting, the companyâs CEO has advised that the Costa Group is committed to achieving an average annual low double-digit earnings growth trajectory with a planning framework centred on a rolling three to five-year time frame.

Currently, the Board is intensely focused on ensuring that the long term fundamentals continue to be strengthened and the company retains its competitive advantage in the face of any future trading volatility.

The companyâs berry growth program has been focused on building its capacity to grow blueberries and raspberries for 52 weeks of the year.

The companyâs international operations encompassing Morocco and China are growing continuously. CGCâs Morocco 2018/19 expansion program has focused on further early season planting in Agadir, which is approximately 720kms south of the companyâs established plantings in the north. In China, CGCâs total plantings at the end of December 2018 were 110 hectares, with a further 65 hectares of blueberries completed in May 2019, with a similar area to be planted in 2020. Overall, the company is tracking to its initial five-year China plan.